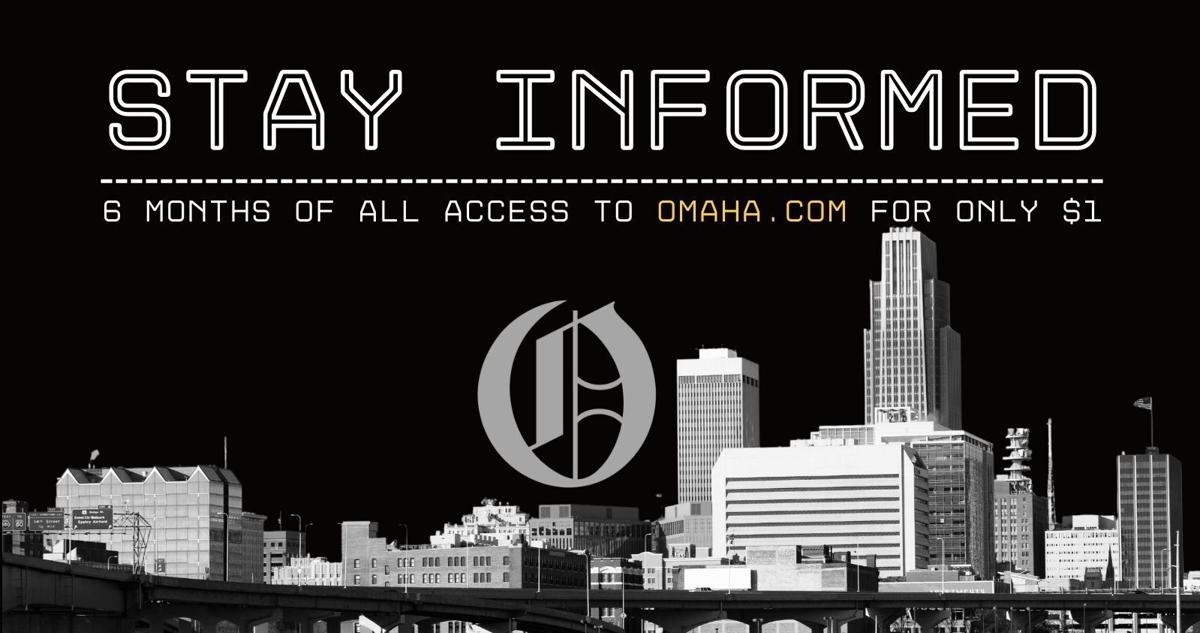 Congressman Bacon has a dismal voting record on Labor and Retiree issues. He has a 20% record with the Alliance for Retired Americans. The Nebraska AFL-CIO looks at his lack of support for all workers and retirees. Labor’s support for Tony Vargas is the union position in this race.

So, Biden has, or is going to, forgive a large block of student loans. The wife and I had a stretch of seven years where we had kids in college. Through us working long hours and the kids working and contributing what they could, they got through school debt-free.

MUD requested Omaha customers do not water their lawns every day this summer. It puzzles me that having the second largest river in the country next to our city that they would make such a request. Granted, they cannot process an infinite amount of water to satisfy customers all the time.

Well, they only need to look at what is happening in Jackson, Mississippi, that does not have water for their customers because their main pumping equipment broke down, and they have been using small back up pumps that provide less flow.

It is time the City of Omaha invest into infrastructure that will provide an improvement and flow processing more potable water. The city is only growing and we are going to need additional water before we know it, and constructing the facilities and adding pumps and testing equipment takes years to build. It is a question of our priorities to provide essential services to us all living in Omaha.

I am writing to support Dave Pantos for Douglas County Attorney. I have known Dave for almost a decade and I believe that he has strong character as an individual and as a leader as well as excellent legal skills as a lawyer.

Dave is a neighbor and a friend and also has been my attorney.

As a neighbor, I’ve known Dave to not only be kind and considerate to others, but he takes a real interest in the betterment of our neighborhood. As our sons are friends, I’ve seen Dave as a father, providing the kind strength and love you’d expect from a great dad raising kids. Dave has also volunteered extensively in our kids’ schools, and has shown a keen interest in public education. As a friend, I have seen the support and warmth between him and his wife Jill, who works long hours every day at our Veterans’ Hospital — especially during the worst of the pandemic.

Recently, my colleagues and I had the opportunity to hire Dave as a lawyer to help create a new nonprofit organization in the mental health field. Dave did a thorough and complete job explaining our team’s options in best accomplishing our goals. We were approved more quickly by the government than anyone expected and now we are about to begin serving those in need.

The fact is, we need strong, capable, compassionate leaders in our criminal justice system. I think Dave Pantos fits the bill and deserves your vote.

Please make sure you register to vote, and support Dave for county attorney!

As we move nearer to the midterm elections, please be mindful of the continuing gun violence problem here in America. This is a problem not experienced in any other advanced nation in the world.

We need to recognize that gun manufacturers will continue to flood America with inherently dangerous weapons as long as there is profit in it. They sell guns; they don’t care how they are used after the sale because they are protected from any liability by a special carve out that doesn’t allow civil action against them for selling inherently dangerous products.

As we prepare to cast our votes in the midterms, bear in mind how we can begin to correct this problem. Republicans have attached themselves to the gun lobby, there is no daylight between the two. As these horrific murders occur, Republicans offer the perfunctory thoughts and prayers, then they work to obfuscate and delay any change. The Republicans are essentially the political arm of the gun manufacturers.

Senators Deb Fischer and Ben Sasse, as well as Reps. Don Bacon and Adrian Smith are all A-rated with the NRA. Republicans are part and parcel with the gun industry and share responsibility for the increasing gun violence in America. If ever there was a time to be a single-issue voter, that time is now.

I can see why Robert J. Giese in his “Game Over?” thinks Mr. Pillen is aware of the “score” that Rs outnumber Ds in Nebraska. What he is forgetting is there are 268,000+ Ns. As a member of that latter group, I would like to know more about Mr. Pillen, and if he doesn’t debate, well, that’s hogwash.

According to the OWH’s “History” column, in 1974 “The White House released transcripts of subpoenaed tape recordings showing that President Richard Nixon and his chief of staff, H.R. Haldeman, had discussed a plan in June 1972 to use the CIA to thwart the FBI’s Watergate Investigation; revelation of the tape sparked Nixon’s resignation.” Um, sounds like some people don’t learn from the past.

Regarding “The Omaha Archdiocese’s Policy on Human Sexuality,” I am grateful to Archbishop Lucas for speaking the truth in love. As is popular to say, yet true enough to repeat, Jesus is all about love. Love is willing the good of another, and includes being the voice who points out, “The emperor is not wearing clothes.” Some well-meaning people have unintentionally increased confusion in the lives of young people — young people who simply need a courageous, kind shepherd like Archbishop Lucas to affirm their God-given goodness.

Back to the moon

Better than 50 years ago, we landed a man on the moon. I just watched the news this morning discussing the challenge of returning to the moon and landing a man there again.

What is disturbing is that we accomplished this 53 years ago with a fraction of the computing power and technology. The cost overruns are in the billions and the target date is late 2026.

Is there something I am missing here?

The essay by David E. Corbin, Ph.D., “When it comes to the climate, if we’re not part of the solution, we’re part of the problem,” demonstrates what is wrong about public discourse about the climate change theory.

If carbon is even a remote problem, the new generation of nuclear technology would be the way to address it. Yet, Corbin is a former board member of Nebraskans for Solar and apparently still runs their Facebook page (https://www.nebraskansforsolar.org/about/board-of-directors/). He seems to have a conflict of interest in pushing the climate change agenda.

Pulse writer praises Creighton Prep for setting their own policy on gender identity.

Pulse writer asks how is student loan forgiveness fair to those who worked to pay for their education?

Pulse writer questions the idea of roundabouts on Farnam.

Pulse writers weigh in on OPPD continuing to burn coal at their North Omaha Station plant for at least three more years.

Pulse writers continue to weigh in on Jim Pillen refusing to debate.

Pulse writer would like Congress to fairly compensate disabled veterans.

Pulse writers give their opinions on Jim Pillen breaking with at least 50 years of tradition by refusing to participate in a gubernatorial candidate debate.

Pulse writer challenges readers to give ORBT a try.

Pulse writer asks who has the ultimate right to life, mother or baby?

Pulse writer raves about the Carne y Arena exhibition at the KANEKO.

Pulse writers give their thoughts on the current events surrounding the former president.

The streetcar project should be voted on by the people of Omaha, a Pulse writer says.

The CHIPs Bill would add roughly $54 billion in new spending each year over the next 5 years, Pulse writer says.

Pulse writer says that it’s imperative we have lawmakers who are able to draw on their valuable military experience to ensure the United States is able to combat tyranny.

Pulse writer’s express their thoughts on Representative Bacon’s votes on the “Women’s Health Protection Act of 2022” and “Ensuring Access to Abortion Act of 2022.”