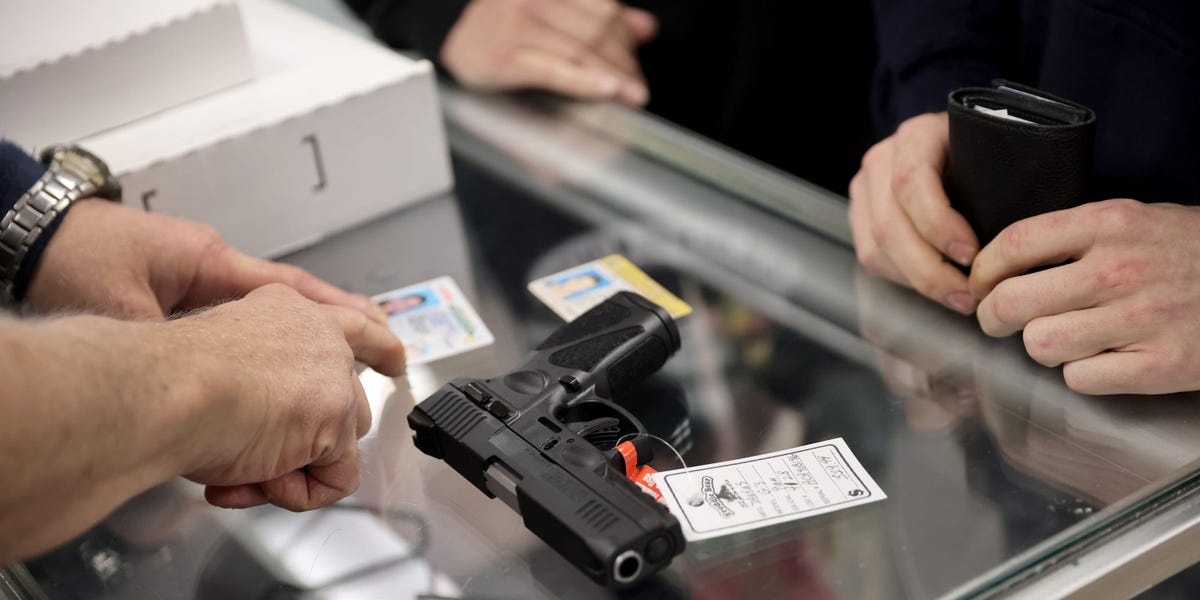 Sign up for our newsletter to receive our top stories based on your reading preferences — delivered daily to your inbox.

Visa, Mastercard, and American Express will separately categorize purchases at gun shops in a win for gun control advocates who say the decision will help alert law enforcement to potentially illegal firearm sales.

According to The Associated Press, the payment processors announced the change on Saturday, after the International Organization for Standardization, a Geneva-based nonprofit, approved the creation of a merchant code for gun retailers.

Until Friday, gun store sales did not have a unique code and were considered “general merchandise,” according to a spokeswoman for the ISO.

“Following ISO’s decision to establish a new merchant category code, Visa will proceed with next steps, while ensuring we protect all legal commerce on the Visa network in accordance with our long-standing rules,” the company said in a statement to Insider.

Reuters reported the ISO was influenced by gun control advocates, including US Senator Elizabeth Warren, who urged the CEOs of Mastercard, American Express, and Visa to make the change.

In a statement to Insider, Mastercard said: “We understand and appreciate the significant policy imperative in reducing gun violence and see the recent bipartisan action in Congress as a positive step. We believe it is that type of effort that will meaningfully address the tragic gun violence facing the country.”

In 2019, Chris Cox, a former lobbyist for the National Rifle Association, wrote an article for the organization, saying “surveillance procedures” introduced by the credit card industry “would have a profound, negative effect on gun owners and the firearms industry, and pose a broader threat to all liberty-minded Americans.”

Sen. Warren and the National Rifle Association did not respond to Insider’s request for comment.