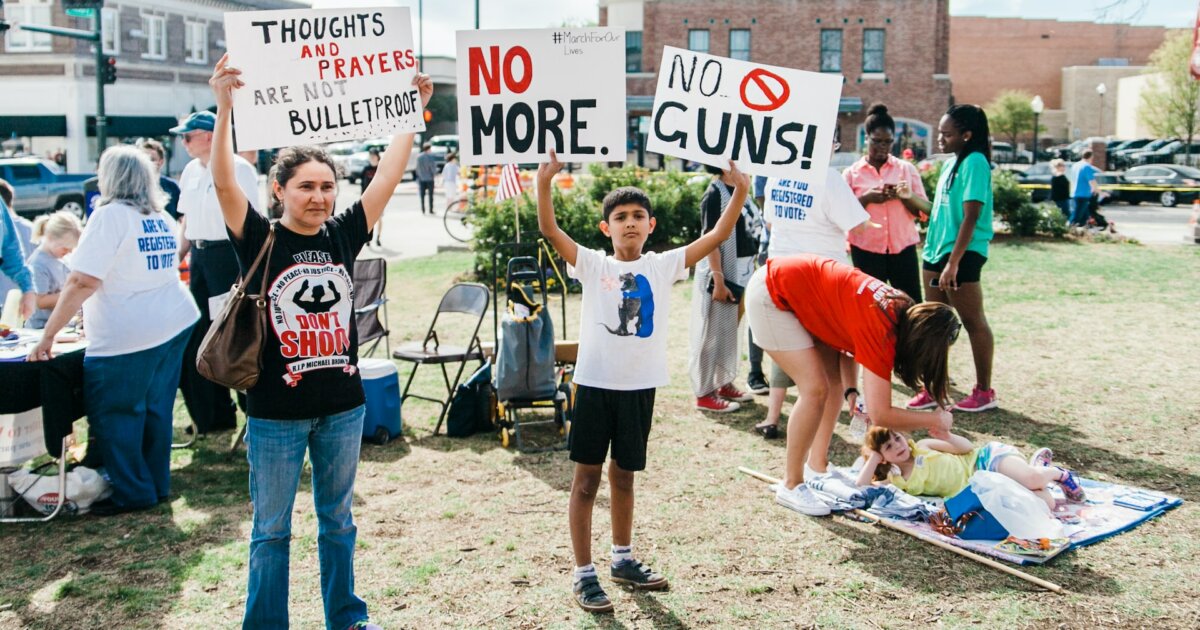 Mexico’s $10 billion lawsuit against US gun manufacturers likely won’t result in victory. But it may call attention to the effect America’s lax gun laws have on its neighbours.

Ineffective United States gun control does not only lead to mass shootings and violent crime in America; Mexico and Canada, two countries with strict gun laws, suffer as well.

According to a 2019 Rolling Stone article, smugglers get a quarter million guns into Mexico annually. Most go to dangerous cartel members. Famously, the drug kingpin El Chapo’s operation took weapons back across the border after dropping drugs off in the US.

A similar process happens in Canada, where 85 percent of handgun crimes result from US made guns, according to Reuters.

And although Canada is committed to strengthening its existing laws – it will ban all handgun imports starting 19 August -  illegal weapons still get through the blockade. The process is known as straw purchasing; the buyer purchases the weapon legally in the US and sells it over the border.

In an attempt to hold US gun manufacturers responsible for crimes committed with their products, Mexico filed a $10 billion lawsuit in Massachusetts. The suit names ten companies (including Smith & Weston, Glock, and Colt) and claims they “actively assist and facilitate trafficking of their guns to drug cartels in Mexico” to “maximize[s] their sales and profits.”

The suit argues the defendants do not implement safety measures and instead produce weapons with traditional cartel iconography – which Mexico views as a marketing campaign.

Few expect Mexico, which has just a single government controlled gun store, to win the lawsuit outright. According to Frederick T. Davis of Columbia University, a former prosecutor specialising in cross-border cases, United States courts have a track record of dismissing international claims against American companies. One recent example is a case filed against Nestlé for child slavery, which a court officially rejected in March of this year.

Davis quickly pointed out that even Americans typically don’t win these types of lawsuits.

“My somewhat cynical or maybe realistic view is the courts aren’t going to help much in the gun world,” Davis told FairPlanet, calling it a political issue.

For a lawsuit of this kind to succeed, he believes, Congress must pass legislation. Of course, the Supreme Court, which recently overturned a century old gun control law in New York State Rifle and Pistol Association v. Bruen, can neutralise legislation.

A Win Outside the Courtroom?

Though Mexico is unlikely to win the case outright, it does not mean it’s a lost cause. Davis sees the positive of “having a friendly foreign nation come in and say this is a big problem for us.” He is “sort of impressed and pleased” on a personal level, viewing the case as an opportunity to learn about Mexico’s gun laws and gain perspective on a little known issue (from an American standpoint).

Others consider the lawsuit a public relations victory as well. Ioan Grillo, who authored a book on the US to Mexico gun trade, says the case brings this issue into the public arena. “When there’s a lawsuit like this, it starts to push and change the parameters,” Grillo told the BBC. “Already, the gun companies are going to have to try and defend themselves.”

In the legal world, much can be accomplished without winning a case or even bringing one to court. Davis drew a parallel between Mexico’s suit and an Amicus Briefing – where a third party tries to educate and influence the court by outlining its position in a document. An Amicus Briefing may not impact the case at hand, but can influence decisions down the line. Davis says this lawsuit may serve a similar teaching function.

Organisations like the Cato Institute, an influential libertarian think tank, flood the Supreme Court with Amicus Briefings. A notable one was for the seminal gun control case McDonald v. City of Chicago (2009), which gave states more power to determine their gun laws. This ruling came shortly after DC v. Heller (2008), which loosened handgun restrictions.

However, Davis, like others, doesn’t believe this single case will have a significant impact, especially on people with entrenched ideas about gun ownership. “It’s positive; I’m not sure how big it is, but it’s positive,” he said.

Still, a political move on this scale can bring attention to how the porous borders negatively impact Mexico (and Canada), he argues. Though American weapons help keep cartels in power, the conversations typically revolve around what (and who) enters the country, not what goes back – until now.