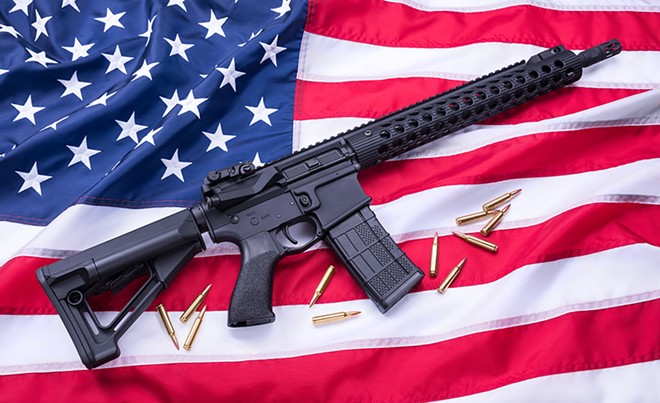 When it comes to gun laws, Republican lawmakers in Michigan are woefully out of touch.

The GOP-controlled state House and Senate have blocked even modest gun control measures proposed by Democrats, even after the November 2021 massacre at Oxford High School, where four students were killed and seven others injured.

Of the 13 gun safety proposals in the poll, eight were supported by Democrats, Republicans, independents, gun owners, concealed pistol license holders, and NRA members. They include mandatory background checks and waiting periods to buy a firearm, raising the age from 18 to 21 to buy a gun, holding gun owners accountable for failing to protect children, and preventing the sale of firearms to people who are considered dangerous to themselves or others.

All but NRA members supported a ninth gun safety proposal that would ban firearms from schools and colleges campuses, with an exception for law enforcement officers.

“When Democrats, Republicans, Independents, gun owners, CPL holders and NRA members support 8 of 13 proposals and a 9th is supported by all groups except NRA members, there is absolutely no excuse for legislators to oppose these common-sense gun safety proposals, including Democratic and Republican legislators,” Bernie Porn, president of EPIC-MRA, said in a statement. “The solid majority of voters who support almost all of these proposals should ask candidates, including their state senators, state representatives, and other candidates running for legislative offices, if they support or oppose these proposals. If candidates say they don’t, voters should tell them they will not get their vote.”

About 55% of voters support banning all assault-style rifles, such as the AR-15, and 57% favor banning high-capacity ammunition magazines. Both of those proposals were heavily supported by Democrats, but opposed by Republicans, gun owners, CPL holders, and NRA members.

About 47% of voters support equipping teachers and school staff with guns, and 44% oppose it, including 67% of Democrats and 55% of independents.

Following the spate of recent mass shootings, 54% of voters said they are more likely to vote in November, including 74% of Democrats.

“It has been nine months since the tragic gunning down of four students at Oxford High School and the legislature has done nothing to curb gun violence in Michigan,” Molly Sweeney, executive director of 482 Forward, an education justice organizing group, said in a statement. “I have given birth to my new son in the time since the Oxford High School murders. I don’t want my child, or any parent’s child, to face the constant threat of being gunned down in their school or in their neighborhood. The people of Michigan support stricter gun laws. Our legislature needs to act now, and it shouldn’t take another nine months and the birth of another vulnerable child.”