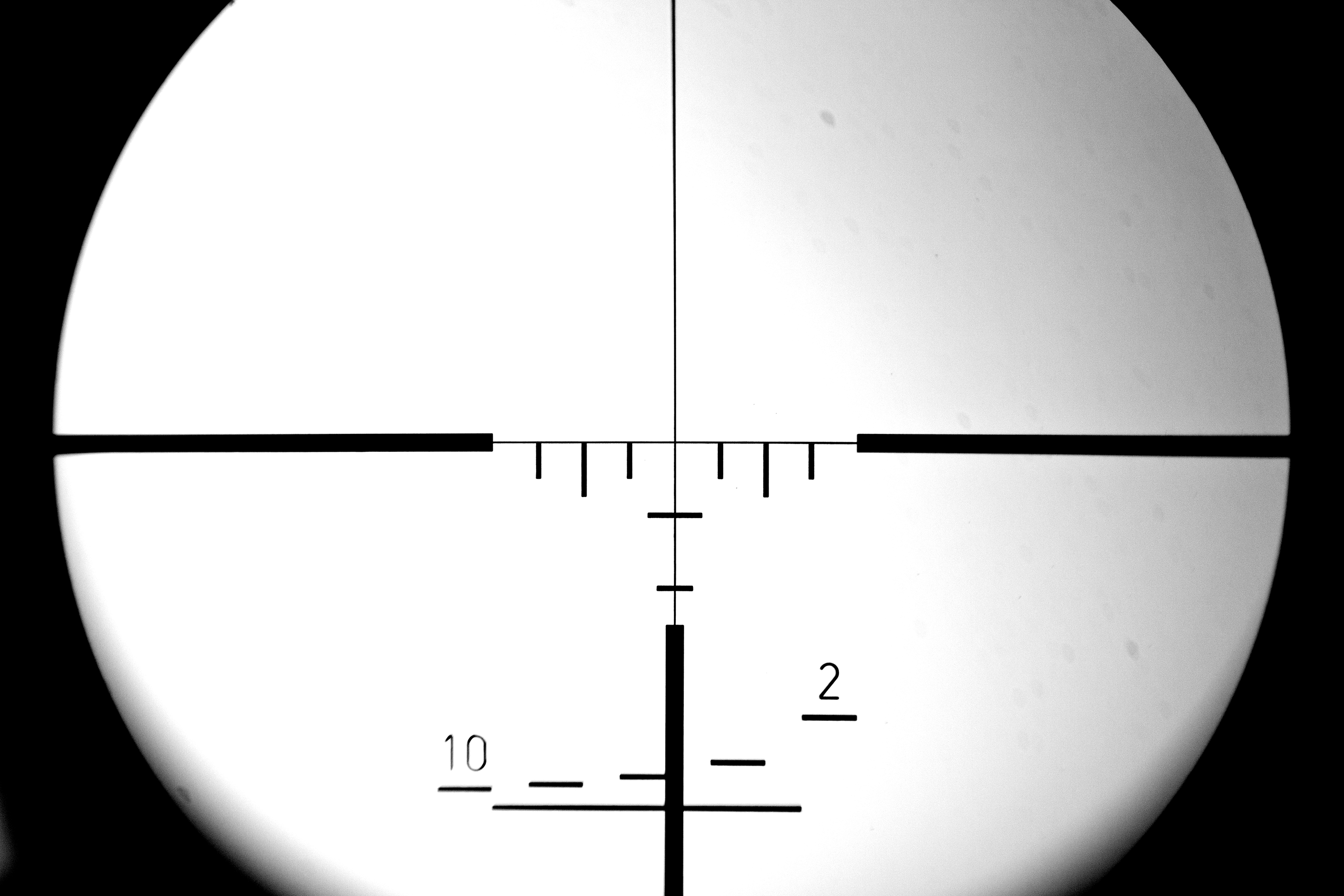 “We’ve all seen how quickly and creatively Texas can act when it wants to protect the unborn embryo,” CNN Anchor Alisyn Camerota said on May 25, 2022. “Why not act with that alacrity to protect a living, breathing 10-year old child?” Camerota was referring to Uvalde’s Robb Elementary mass shooting. Nineteen school children and two teachers were killed; 17 others were wounded.

More than 311,000 students have experienced a school shooting since 1999. A mass shooting is defined as “a gun crime in which four or more people excluding the shooter are killed.” Should returning students learn the particulars of school safety? Absolutely, including vocabulary words like shots fired, active shooter, dangerous someone; inform, counter, and evacuate.

On May 24, 2022, children were confined to two Robb Elementary classrooms; held at gunpoint, either dead or pretending death while calling #911 for help. The deceased gunman, age 18, purchased his AR-15 assault style semiautomatic rifle, a rifle akin to the military’s automatic M-16, one day after his May 17 birthday.

Texas makes it easy to buy and carry guns. Why, the gun lobby is famous for its generosity. “Gun rights groups including the National Rifle Association (NRA) and Gun Owners of America spent $15.8 million—a record amount—on lobbying in 2021,” Open Secrets explained. “Senator Ted Cruz [R-TX] has received more funding…than any other politician since 2012.”

“Have you ever wondered about real guns?” Rachel Schulson’s Guns What You Should Know asks. “A bullet shot from a gun can travel up to 5,000 feet per second. That means that if you and a bullet had a race, the bullet would get to the end of your block before you even took your first step.”

The Matchlock Gun describes the muzzle-loading Musket in terms of the 1756 French and Indian War. “Edward watched intently as his father struggled into the blue uniform coat that he had had made when he was elected captain of the Guilderland [NY] militia,” Walter Edmonds wrote. “The [1752] Spanish gun…hung over the fireplace…It was longer than a grown man…and more than twice the length of Edward, who was ten years old.”

“As I am convinced that no other Method can be used to raise 2000 Men, but by draughting; I hope to be excused, when I again repeat, how great Care should be observed in choosing active Marksmen,” provincial militiaman George Washington wrote Governor Robert Dinwiddie [VA] in 1756.

“George Washington’s understanding of what we now often call ‘gun rights’ would not seem to readily square with the views of today’s contending factions,” Jeffrey L. Zvengrowski Assistant Editor of the Washington Papers confirmed. “He does not appear to have thought that every citizen possessed an unlimited individual right to bear arms.”

“The Founders never intended to create an unregulated individual right to a gun,” Michael Waldman President of the Brennan Center for Justice wrote in 2014. “There is not a single word about an individual’s right to a gun for self-defense or recreation in (James) Madison’s notes from the Constitutional Convention. Nor was it mentioned, with a few scattered exceptions, in the ratification debates in the states. Nor did the U.S. House of Representatives discuss the topic as it marked up the Bill of Rights.”

Four times between 1876 and 1939, the U.S. Supreme Court “declined to rule that the Second Amendment protected gun ownership outside the context of a militia.” As the Tennessee Supreme Court put it in 1840—Aymette v. State, 21 Tenn.—“The words ‘to bear arms’ have reference to their military use, and were not employed to mean wearing them about the person as part of the dress. To bear arms in defense of the state is to employ them in war.”

“To hold that the Legislature could pass no law…by which to preserve the public peace, and protect our citizens from the terror which a wanton and unusual exhibition of arms might produce…would be to pervert a great political right to the worst of purposes,” the Tennessee Supreme Court continued.

“Suppose it were to suit the whim of a set of ruffians to enter the theatre in the midst of the performance, with drawn swords, guns, and fixed bayonets, or to enter the church in the same manner, during service, to the terror of the audience, and this were to become habitual; can it be that it would be beyond the power of the Legislature to pass laws to remedy such an evil?” the Tennessee Supreme Court asked. “Surely not.” (Italics Added)

The U.S. Supreme Court did not grant individuals the right to own guns until 2008 (District of Columbia v. Heller). “The Court’s opinion should not be taken to cast doubt on longstanding prohibitions on the possession of firearms…,” the Justices decided, “or laws forbidding the carrying of firearms in sensitive places…, or laws imposing conditions and qualifications on the commercial sale of arms…U.S. v. Miller’s holding that the sorts of weapons protected are those ‘in common use at the time’ finds support in the historical tradition of prohibiting the carrying of dangerous and unusual weapons.”

According to the National Shooting Sports Foundation “the U.S. has over 20 million AR-15 assault style rifles legally in circulation.” Yet nine categories of semi-automatic weapons were federally banned starting in 1994. The ban expired in 2004 and the result—a 135% increase in flow.

The Johns Hopkins University Center for Gun Policy and Research 2019 survey discovered “support among gun owners and non-gun owners for more than twenty gun violence prevention policies.” The survey “measured support for over two dozen gun-related policies and found high levels of support for most.”

In 2019 U.S. Senator Diane Feinstein (D-CA) introduced S.66, a bill which “makes it a crime to knowingly import, sell, manufacture, transfer, or possess a semiautomatic assault weapon (SAW) or large capacity ammunition feeding device (LCAFD).” It died. Now U.S. Representative Don Beyer (D-VA8), a member of the House Ways and Means Committee proposes H.R.8051, a bill “to amend the Internal Revenue Code of 1986 to impose an additional 1,000 percent excise tax on the sale of large capacity ammunition feeding devices and semiautomatic assault weapons….” The goal: to slow the sale of such.

“I am deeply concerned that the gun manufacturers continue to profit from the sale of weapons of war,” Chairwoman Carolyn Maloney [D-NY], House Committee on Oversight and Reform said. Five of the leading U.S. manufacturers of AR-15 assault style weapons “have brought in a combined total of at least $1.7 billion in revenue over the past decade.”

“The U.S. Senate on April 12, 1934, established a committee to investigate the manufacture and sale of munitions in the U.S., specifically the extent to which this trade influenced and profited from the role taken by the U.S. in WWI,” Arthur Schlesinger, Jr., wrote. Two months later Congress passed the National Firearms Act [NFA].

“The original Act imposed a tax on the making and transfer of defined firearms, as well as a special (occupational) tax on persons and entities engaged in the business of importing, manufacturing, and dealing in NFA firearms,” the ATF explained.

“As the legislative history of the law discloses, its underlying purpose was to curtail, if not prohibit, transactions in NFA firearms,” the ATF continued. “Congress found these firearms to pose a significant crime problem [including] the 1929 St. Valentine’s Day Massacre.” Seven people were killed in the Massacre, one third the number killed in Uvalde.

Columnist’s Update: On August 19, 2022, U.S. Representative Carolyn Maloney [D-NY], Chairwoman of the House Oversight and Reform Committee introduced two major pieces of gun reform legislation: the Firearm Industry Fairness Act and the Firearm Industry Crime and Trafficking Accountability Act. The former would “tax firearm manufacturers that produce semiautomatic weapons and high-capacity magazines at a rate of 20% on all revenue.”  The latter “ensures that firearms manufacturers are held accountable for the widespread criminal misuse of their products.” Said Maloney, “Unless Congress acts, gun manufacturer CEOs will continue to put profits over people.”

Sarah Becker started writing for The Economist while a graduate student in England. Similar publications followed. She joined the Crier in 1996 while serving on the Alexandria Convention and Visitors Association Board. Her interest in antiquities began as a World Bank hire, with Indonesia’s need to generate hard currency. Balinese history, i.e. tourism provided the means. The New York Times describes Becker’s book, Off Your Duffs & Up the Assets, as “a blueprint for thousands of nonprofit managers.” A former museum director, SLAM’s saving grace Sarah received Alexandria’s Salute to Women Award in 2007. Email: abitofhistory53@gmail.com