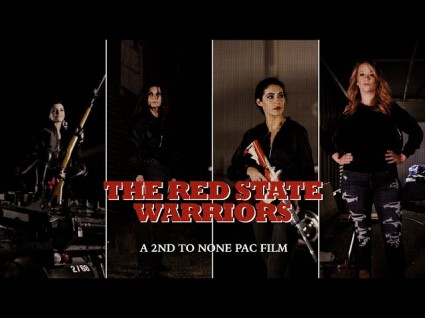 The results of yesterday’s elections brought good news about some terrible candidates. Scott Esk, the candidate for the Oklahoma House of Representatives who said it would be “totally just” to kill gay people by stoning, lost his race (though he did get 42% of the vote). Jarrin Jackson, the Oklahoma state Senate candidate who included “the Jews” as evidence that “evil exists,” and who was endorsed by Kari Lake, the Trumpist Evita wannabe running for governor of Arizona, lost his race as well (but he got 46% of the vote). Luis Miguel, the Florida state House candidate who was banned from Twitter after tweeting, “Under my plan, all Floridians will be able to shoot FBI, IRS, ATF, and all other federal troops on sight,” lost his race (he got 23% of the vote).

On the other hand, 25 of 30 school board candidates endorsed by Ron DeSantis won in Florida, which is clearly bad news. Democrats need to pay a lot more attention to these races.

And in Florida, this candidate won a congressional primary: 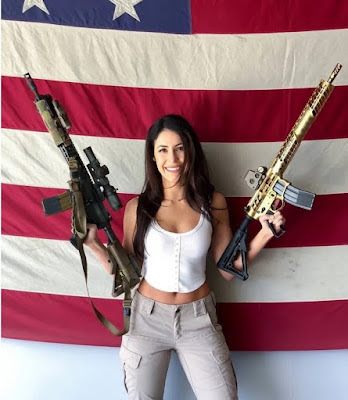 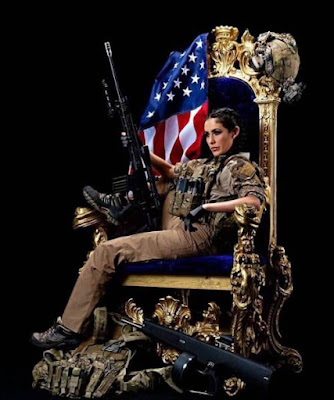 That’s Anna Paulina Luna. The photos are taken from a 2020 Gateway Pundit post celebrating her primary victory that year. Luna went on to lose the general election that year (to Charlie Crist, who won the Democratic gubernatorial primary yesterday); her district, Florida-13, has since been redrawn and is now rated R+6 by the Cook Political Report, so she’s favored to win the general election this time around.

… the narrator begins the ad by depicting the “armies of the left,” hyperbolically illustrating groups as “Marxists,” “The Ecofreaks,” “The Pink Hats,” “The Wokes” and “The Sore Losers,” nodding to Hillary Clinton’s loss in the 2016 Election.

In between each’s seemingly villainous introduction, footage of burning buildings and protests flash.

“Death to America, burn it to the ground,” a group in the commercial shouts in their “introduction,” wearing all black.

Then, the mood shifts.

In a heroic tone, the narrator announces, “And these are the ‘RedState Warriors’.”

They slip on their leather jackets, garnished with a red “W,” back turned to the camera….

Then, a red Camaro with white stripes pulls up. Luna steps out in an action movie-like style, flipping her perfectly kept hair as she exits the vehicle.

She pulls a gun with an American flag paint job out of the trunk, straps it to her back. But that’s not all. She has a flamethrower, too. And she’s using it.

Shots of Luna with the flamethrower continue in the montage, while the Republican candidate has a dialogue with the narrator.

Luna cuts him off. “Hold up, it’s LatinA, announcer dude.” “Sorry,” the announcer responds, and continues her introduction.

But of course she touts endorsements by Donald Trump, Charlie Kirk, Jim Jordan, Newt Gingrich, and Lauren Boebert. Yes, it would be quite annoying to have her in Congress. Let’s hope she’s beatable.

Republished with permission from No More Mister Nice Blog.