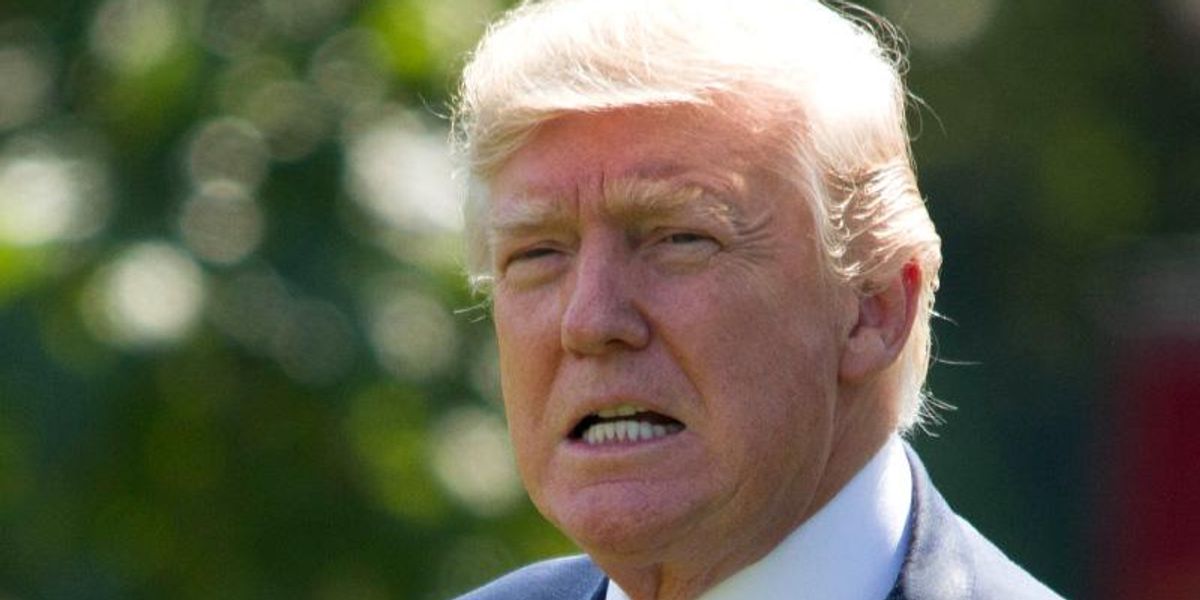 Republicans are acting uncharacteristically flat-footed in response to President Joe Biden’s announcement that he’ll be forgiving up to $20,000 in student loan debt to people who make under $125,000 a year. Sure, Fox News pundits are all crying about it, but they can’t quite seem to get their story straight on why viewers are supposed to be outraged.

Sean Hannity complained, “The people that likely will benefit the most are middle class” and whined that the “young people that work on my TV show” will get relief. He tried to make it sound bad, but he inadvertently pointed out that the program benefits his audience. Jeanine Pirro called it “disgusting” and suggested that the only legitimate way to fund a college education is to have your family pay for it all. Not an appealing argument to an audience who would rather be spending their retirement funds on cruises instead of grandkids’ escalating tuitions. Tucker Carlson got a little closer to stroking the Republican voter erogenous zones with a word salad about “postcolonial liberation studies from Wesleyan” and “reparations” and claiming kids today are “Xanax-addicted robots with no job prospects.” But honestly, even his heart doesn’t seem in it. You get the feeling he can’t wait to get back to screeching about how trans kids and the Obamas are conspiring to keep your daughter from giving you white grandbabies.

As Media Matters rapid response deputy director Andrew Lawrence said on Twitter, “no one complaining about student debt relief today will ever even think about it again after Monday.”

It’s not just the student loan thing. Democrats have been shockingly productive in the past few months, despite a slim 50-vote majority in the Senate (with Vice President Kamala Harris as a tiebreaker) and a filibuster in the way. The student loan forgiveness is just the latest in a string of wins over what is usually a sleepy summer. The biggest, of course, is the sudden passage of the Inflation Reduction Act, which will inject billions of investment money into green energy technologies to fight climate change here and around the world. They even managed to pass a gun control bill through the Senate!

There was a time not too long ago when there was no chance in hell that Democrats would get any of this done. Not with only 50 senators, a filibuster, and a centrist Democrat in the White House who used to be so bank-friendly that his nickname in his earlier years was “the senator from MBNA.” The Republican Party of the old days would have been able to leverage this situation to keep Democrats from getting anything done.

Trump’s antics have already been a political gift to Biden and the Democrats.

But that’s not happening right now, and there’s one primary reason why: Donald J. Trump.

He’s a black hole that absorbs all attention with his relentless criminality and narcissistic antics. It’s alarming in most ways, especially the cult-like hold he has over his followers. But it has one silver lining: While Trump and his followers obsess about an imaginary “deep state,” they’re not paying attention to what Democrats are actually doing. From the drunk uncle posting on Facebook to the Fox News punditry to Republican leadership in Congress, GOP energies are all sucked up by making excuses for Trump’s crimes. They don’t have a lot left in the tank after that to raise much of a fuss about student loan forgiveness, green energy, or gun control.

It didn’t use to be this way. Republicans used to be extremely good at whipping their base into a frenzy of opposition against Democratic policies, even ones most of these voters would benefit from. They knew how to create enough noise to keep Republican politicians in line and peel off enough cowardly Democratic support, killing all manner of progressive legislation.

For instance, Republicans very nearly killed Obamacare, despite Democrats having a theoretically filibuster-proof 60-vote majority in the Senate. They did so with non-stop and misleading propaganda (“death panels,” anyone?), which compelled throngs of irate conservative voters to flood town halls during Congress’ August recess and scare the pants off Democrats in swing districts. The sustained noise was successful in peeling off enough Democrats that the bill would have died, but for some deft political maneuvering at the hands of Speaker of the House Nancy Pelosi.

In 2013, the nation was outraged after the Christmas season massacre of 26 people — including 20 first graders — in Newtown, Connecticut. Yet Republicans and the NRA were still able to destroy all proposed gun safety bills, despite Democrats holding a majority in the Senate. By whipping the Fox News audience into a frenzy of paranoia about this, Republicans were not only able to hold the line against any bill passing, but they even chipped off some Democratic support in swing states. Contrast that with the recent gun bill that not only passed with total Democratic support but also garnered 14 Republican votes in the Senate.

A big difference between now and then is that Republicans are struggling to tap into that once bottomless resource of cranky Fox News viewers willing to shriek at their elected representatives — and it is because those people are all way too worried about what Trump’s up to.

The gun bill was passed during the same time period that the January 6 committee was holding hearings. The GOP base was too preoccupied with nuh-uhing the committee findings to think much about gun control. Nor did we need to worry about Republicans reacting to Biden signing the massive climate bill as they did to Obamacare, complete with massive protests and the formation of a new version of the “Tea Party.” They’ve been way too busy freaking out about the FBI raid at Mar-a-Lago for all of that.

Given a few more FBI raids and January 6 committee hearings, heaven only knows what other progressive priorities will suddenly be able to pass.

Indeed, you can sense Republican leadership’s desperation in the way they are trying to tie the Inflation Reduction Act to the FBI searching Trump’s residence for stolen classified materials. The conspiracy theory claiming the bill will lead to “87,000 IRS agents” supposedly kicking down doors and murdering MAGA-Americans only has legs because the right-wing press keeps tying this lie to Trump’s false claims he’s somehow the victim of an FBI conspiracy. But because they’ve hitched this conspiracy so tightly to the Trump story, it may be hard for it to get traction outside of the world of people who are already obsessed with Trump. A huge part of why the GOP freak-outs of old about Obamacare and gun control were so effective is that they were able to appeal to swing voters and independents who were susceptible to disinformation. When a conspiracy theory is tied to Trump, however, it means those folks tend to tune it out as more Trumpian nonsense.

That doesn’t mean that Republicans have had no luck sowing lies, especially on the state and local levels. Conspiracy theories about “critical race theory” and LGBTQ people “grooming” kids in schools have gained traction, especially in the suburban swing districts. These lies do better, I suspect, because they are disassociated from Trump. It’s about appealing to the fears and prejudices of all sorts of people, not just Trump partisans whose entire world is making sure he doesn’t face punishment for his crimes.

Indeed, the Republican noise machine was quite successful at obstructing Biden earlier in his term. Both the anti-vaccine push and the attacks on the Build Back Better bill successfully sabotaged Biden’s agenda in his first year and a half. It was really only once Trump started to seep back into the news this past summer that Democrats were able to seize the chance to start getting things done.

Overall, Trump looks like a net negative for the GOP going into the midterms. His Supreme Court appointments allowed Roe v. Wade to be overturned, which looks like it’s driving up turnout for pro-choice voters. Trump’s endorsed candidates do well in the primaries but are falling behind in the general election polls, due to radicalism and/or idiocy. The January 6 hearings and the Mar-a-Lago search are reminding voters of how much Republicans have hitched their wagon to Trump and his crimes. Democrats are outperforming expectations in pre-midterm special elections as a result.

But whatever happens in the midterms, Trump’s antics have already been a political gift to Biden and the Democrats. While everyone was staring at Trump — and while his supporters were preoccupied with defending him — Democrats were able to push through a bunch of priorities that might not have ever otherwise passed. Given a few more FBI raids and January 6 committee hearings, heaven only knows what other progressive priorities will suddenly be able to pass.