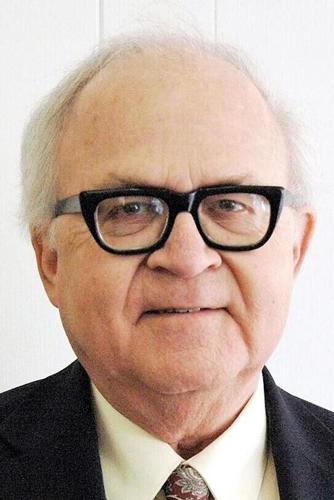 We’re only about 1½ weeks shy of Labor Day, the unofficial starting point of the general election campaign. Of course, candidates and their teams have been campaigning for many months now. But we voters start paying more attention to election matters in early September, just a couple of months before Election Day—the first Tuesday after the first Monday in November.

Since party organizations and candidate campaigns have been hard at it for so long, laying the groundwork to convince voters and then turn them out to vote, we can assume they’ve been covering their bases, shoring up the weak spots in their messages.

It’s no secret what those weak spots are. Public opinion polls show clearly what voters consider the important issues and how they feel about them. And where they lay blame for aspects of their lives that make them unhappy.

And yet at this late date—only 75 days before the 2022 general election—neither of the two major parties has come up with ways to resolve some of the major issues that voters have laid at their doorsteps.

For instance, voters blame Democrats especially for failing to solve three issues: inflation (rising prices), illegal immigration at the southern border, and a rise in crime.

Republicans hammer away at all three.

To take them one at a time:

INFLATION. While price increases appear to have been leveling off in the past couple of months, the year-to-year numbers remain higher than they’ve been for decades, in the range of eight or nine percent. Gas prices are coming down but remain well above where they were a year ago. And food, rent, housing, health care, and other key categories continue well above voters’ comfort levels.

The Biden administration and the Democratic Congress took recent steps to reduce some of those costs with the Inflation Reduction Act. But most of the primary benefits of that bill won’t kick in before the November election.

Democrats need to develop a response to high prices that people will understand and believe. That hasn’t happened yet, and the clock’s ticking.

IMMIGRATION. For whatever reason, crossings at the Mexican border by undocumented migrants have risen sharply in recent months. The United States has procedures to deal with that flow, including turning many of the migrants back to await the handling of their requests for asylum, refugee status, and other justifications for coming here. But the sheer numbers of border crossings alarm many Americans, particularly when illegal drug smuggling, human trafficking, gang infiltration, and potential terrorism come to light as part of the problem.

Democrats appear, at least to many Americans, strangely silent on the issue. The party and its candidates need to craft credible answers that show they can lawfully handle the situation. That obviously has not been done.

CRIME. Violent crimes, car thefts, and other serious unlawful activities are on the upswing in the United States. Law enforcement agencies credit gang activity and the craving of young men for guns for much of the crime growth. Other reasons probably include the COVID-19 pandemic, inflation, and drug abuse. Today’s crime level still remains below what it was 30 years ago.

But regardless of the actual causes, Democrats are getting the blame for their apparent inability to beat back the growth in crime. Republicans eagerly slap them as the cause of the brief spate of looting and burning that followed the murder of George Floyd by four Minneapolis police officers and other cases of police misconduct against people of color. A few leftists called for “defunding the police,” a phrase that some Republicans promptly labeled a Democratic Party hallmark.

Democrats need to point out that policing is a local responsibility, not a federal one, and that Congress has increased its financial aid to state and local police departments across the nation.

As for Republicans, they face similar weaknesses in the eyes of most Americans. There are at least four areas where they’ve stuttered rather than respond with credible answers: gun violence, climate change, abortion, and threats to democracy.

GUN VIOLENCE. After the rash of killings in schools, churches, shopping malls, and elsewhere this spring and summer, gun safety rose sharply as an issue of concern in public polling. Democrats seized the initiative, sponsored several bills in Congress and state legislatures, and spoke loudly about the need for rational steps to reduce the likelihood of mass shootings.

A large majority of Americans favors those steps. But Republicans, backed by the National Rifle Association, blocked them, claiming they threatened Second Amendment freedoms. For most people that dog won’t hunt anymore. Republicans need to explain exactly how the recent calls for gun safety would violate the Second Amendment, and develop alternative answers other than arming teachers, something that frightens most parents.

CLIMATE CHANGE. Public polling finds most Americans now believe that human actions are heating the earth’s atmosphere, with only a few decades left to halt the steady temperature climb before it’s too late. Climate deniers are fading into irrelevance. Biden and most Democrats are in step with public opinion on this issue.

Republicans need to craft a response that doesn’t make them look like apologists bought by the fossil fuel industry. There are valuable opportunities for lawmakers who can show how the nation can steadily wean itself off coal, gas, and oil while steadily shifting energy production to renewables. That’s a course most Republicans have been unwilling to consider.

ABORTION. Republicans bear responsibility for the shift in Supreme Court membership that this summer led to the overturning of the Roe v. Wade decision after 50 years in force. Public opinion polling finds most Americans favor the right to abortion in most cases, yet most Republican lawmakers strongly oppose that position. Some of them now find themselves backed into a corner by their past statements on the subject, and are trying unsuccessfully to find a way out.

It’s hard to conceive what such a path might be. Almost everyone has by now developed an opinion on abortion, and can spot a hypocrite from afar. Republicans who are genuinely anti-choice and don’t want to equivocate may be best off just admitting it, and outlining their positions on other issues with which voters might be more comfortable.

THREATS TO DEMOCRACY. According to public opinion polling, while most Republicans approve of Donald Trump, most voters disapprove of him personally. They also react strongly to what they perceive as his threats to democracy, like the January 6 mob attack on the Capitol, attempts to declare the 2020 presidential election invalid (The Big Lie), state legislation that threatens a valid count of ballots, gerrymandering, and other such activity.

Republicans who support one or more of those threats may find themselves vulnerable to a number of voters with such fears. The Republican Party itself, including the Republican National Committee and other organizations, continues through its silence to condone Trump’s claims about 2020. Some Republican elected officials and party leaders go so far as to call for action against the FBI, the IRS, and other government agencies and employees.

Few Republicans have the courage to counter those positions of their party. That was especially true during the primary elections this year, when most of the party faithful gave their support to the more extreme GOP candidates.

But now the general election is upon us, and Republicans, like Democrats, compose less than half of the electorate. Independents will decide the general election. Unless a Republican candidate is running in a deep red state or district, it may be wise for him or her to speak truth on the campaign trail.

That’s what most voters want to hear.