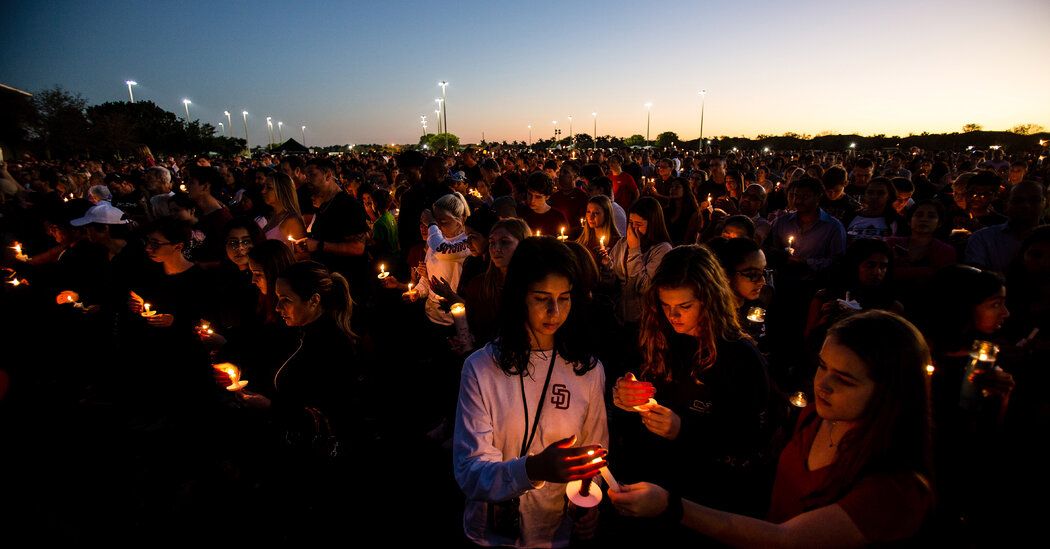 As the legal saga over the 2018 school shooting in Florida heads to a close, students who spoke out about gun violence have encouraged engagement and changed the national debate.

With each new mass shooting, the nightmares come to haunt Sam Fuentes’s sleep.

After a gunman killed 19 children and two teachers in Uvalde, Texas — ten days after another killer had targeted shoppers at supermarket in Buffalo — Ms. Fuentes, a survivor of a massacre in 2018 at a school in Parkland, Fla., found herself dreaming again that someone was coming to kill her.

So she boarded a flight to Texas and marched through the streets of Uvalde in 105-degree heat, joining a new set of victims’ families who had a demand that she was all too familiar with: an end to gun violence in America.

“It will always be an uphill battle,” said Ms. Fuentes, who became a co-founder of the March for Our Lives youth movement as a senior at Marjory Stoneman Douglas High School, where she was shot in the leg by a former student. The outpouring of youthful anger ignited by that shooting rampage transformed the national conversation on gun control.

Now, as weeks of painful testimony and videos unfold in a hearing in Florida to determine whether the Parkland gunman will face the death penalty, Ms. Fuentes and some of her fellow students who became overnight activists are being asked to revisit the bloody massacre — at least one of them by testifying in court — for what they hope will be one last time. 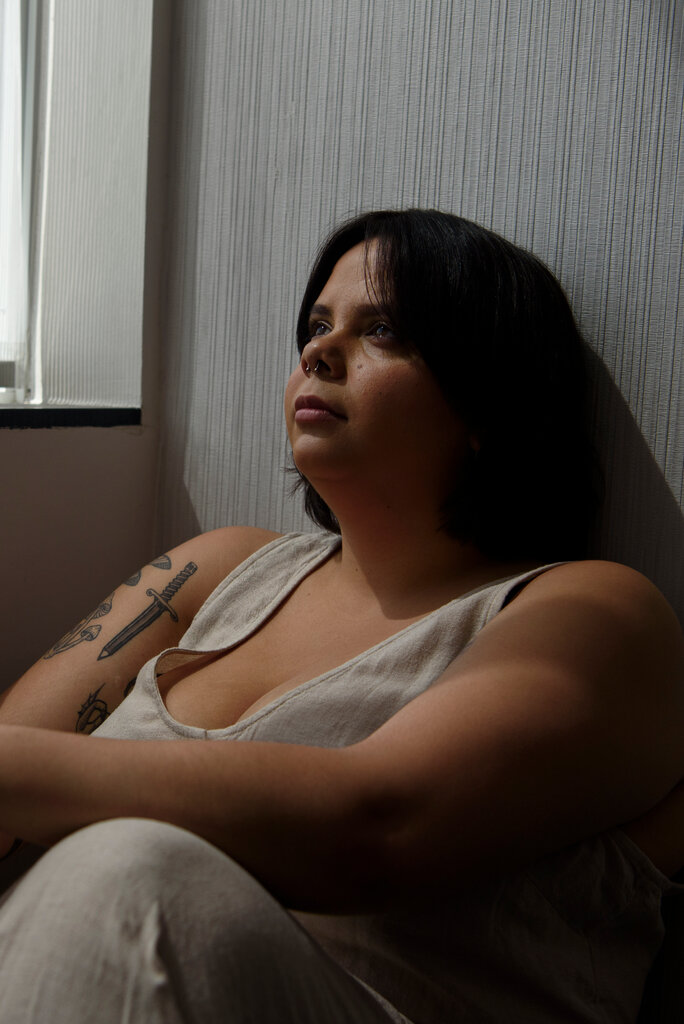 “The fight against gun violence is always going to be a long haul.”

The emergence of March for Our Lives marked a shift in the debate over regulating guns, as a group of Florida teenagers who had watched years of efforts by their elders fall short announced they would get something done themselves.

The Parkland students boarded buses to Washington for the biggest of 800 rallies around the world. Millions watched on television as the students took turns on the stage and vowed to “stop at nothing” to make schools safe. “Welcome to the revolution,” one of the organizers, Cameron Kasky, told the crowd.

Now, four years later, after dozens more shootings have terrorized schools across the country, Ms. Fuentes and her fellow March For Our Lives founders say they have made some progress and are prepared to do more.

“The fight against gun violence is always going to be a long haul,” said Ms. Fuentes, now a 22-year-old film studies major at Hunter College. “I never expected to accomplish life-changing legislation overnight.”

From the beginning, the Marjory Stoneman Douglas students were an international sensation, raising more than $18 million in the first year. The more well-known founders became household names, and now each of them has more than 1 million social media followers.

The group, now with an annual budget of some $4 million, worked to drive youth participation in the 2018 elections, when more than 30 candidates backed by the National Rifle Association were defeated. The leaders also point to their work in advocating for the more than 150 state gun laws that have passed since the organization’s inception, including in Florida, where the minimum age to buy firearms was raised to 21.

This spring, in the wake of Buffalo and Uvalde, they held a second March for Our Lives rally, and took part in a blitz of meetings with lawmakers leading up to Congress’s vote to pass the Bipartisan Safer Communities Act. That new law enhances background checks for gun buyers who are between 18 and 21, offers states millions of dollars to enact “red flag” laws to confiscate firearms from potentially dangerous people, and provides hundreds of millions of dollars for mental health and school safety.

Yet some of the momentum has been in the other direction. Some states eased restrictions on carrying weapons in public last year, even before a U.S. Supreme Court decision in June that invalidated New York’s 100-year-old law permitting the state to impose substantial limits on carrying guns outside the home. Iowa repealed state background-check requirements for unlicensed handgun sales, and in California, a federal appeals court ruled that the state’s ban on sales of semiautomatic rifles to adults younger than 21 was unconstitutional.

“I always get the question, do I feel hopeless,” said Jaclyn Corin, a former Parkland student who now serves as a spokeswoman for the group. “My answer is always, I don’t feel hopeless, largely because of what March for Our Lives is capable of.”

“It’s not all the change we wanted, certainly not,” she added. “But it has been progress.”

The organization grew to equal status with more established organizations like Brady and the Giffords Law Center to Prevent Gun Violence. But some people have questioned whether the Parkland youths were more figureheads than organizers.

Tax records show that the group spent nearly $1 million in 2020 on fees to Precision Strategies, the communications consultants who worked on President Barack Obama’s first presidential campaign. In its first year, the organization received large donations from celebrities like George Clooney and Oprah Winfrey.

“It was professionalized from the beginning,” said Ryan Petty, whose 14-year-old daughter Alaina was killed in the Parkland massacre, and who went on to clash with members of March for Our Lives over gun legislation in Florida. “Does anybody really believe that a group of traumatized kids were able to pull off a march with hundreds of thousands of people, just a few months after they were traumatized? It strains credulity.”

“I remember at the CNN town hall, they asked people to ask questions of the speakers, and some of the March for Our Lives kids had people writing the questions for them,” said Ms. Lovell, 21, who graduated this year from George Washington University. That’s not what this was supposed to be. You were supposed to write your own questions.”

The student activists insist that they spent countless hours working after school to get the first events off the ground, though they acknowledge that, of course, they needed professional help with logistics.

“I think they brought fresh energy to the movement,” Peter Ambler, executive director of Giffords, said of the student activists. “They provided a moral clarity that was very helpful.”

Yet some of the original student organizers later grew disillusioned and pulled away. Some of them said that, as suburban white teenagers, they hardly represented the communities of color that were most affected by gun violence.

Jammal Lemy, a 2016 Marjory Stoneman Douglas graduate and one of the few Black people involved in the group in its first year, said he was proud of the work the group did, but grew wary as its leaders turned into celebrities.

Mr. Kasky, who had announced “the revolution,” said “playing activist” as a white suburbanite started feeling like “cosplay.” He is now in Los Angeles, working as an intern in the film industry and running a website that satirizes conspiracy theories.

Ms. Corin acknowledged that some of the founders grew into social media stars, but she said it was important for movements to have leaders. 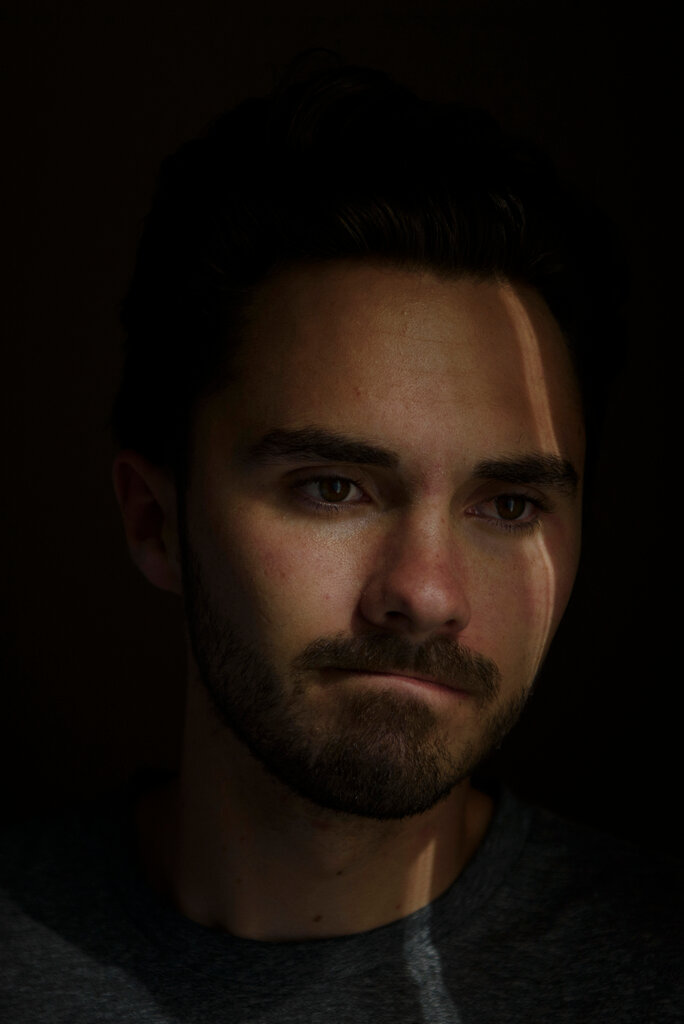 “I think one of the most remarkable things is just the fact that the march happened. It worked,”

Mr. Hogg remains on the group’s board of trustees. Looking back, he said the initial marches organized on March 24, 2018, had long-lasting reverberations. “It worked. We registered a ton of kids to vote, and we did have a huge voter turnout,” he said. His generation, he said, was politically engaged like “few others in American history.”

“What amazes me is that we’re still around,” he said about the group he helped found. “You know, I’ve seen so many organizations in similar positions as March for Our Lives — they have this great vision, and then they turn on each other, because progress takes time.”

Mr. Hogg recently came under fire personally from Mr. Petty, the Parkland parent, who was appointed by Gov. Ron DeSantis to the Florida Board of Education. A Republican, Mr. Petty called Mr. Hogg a “charlatan” who hampered the gun legislation that was ultimately passed in that state.

Mr. Petty said in an interview that the students’ strident tactics, like barging into lawmakers offices and demanding an assault weapons ban, got in the way of working with legislators from both parties. Mr. Hogg declined to comment on Mr. Petty’s allegations.

“I have been silent for four years on the topic, because, to me, we needed time as a community to heal” Mr. Petty, said. “But in reality, I just couldn’t allow that organization March for Our Lives to attempt to take credit for progress we made on school safety here in the state of Florida. I’ll be honest, these kids had poisoned the well. They made our jobs harder than it needed to be.”

Tony Montalto, whose daughter Gina died in the Parkland shooting, said the students should get credit for focusing attention on gun violence in the early days, “when we couldn’t breathe as parents and spouses.” But parents eventually did pick up the mantle, he said, citing the organization he now heads, Stand With Parkland, which he said was behind a number of school safety measures, including installing panic buttons in schools and a student mental health bill.

Ryan and Matt Deitsch, brothers who graduated from Marjory Stoneman Douglas and then went on to work full-time for March for Our Lives, said they regretted how closely tied to the Democratic Party the group became. But they said the students deserved credit for galvanizing the nation on a critical topic.

“I am proudest of young people standing up and demanding a better world,” Matt Deitsch said.