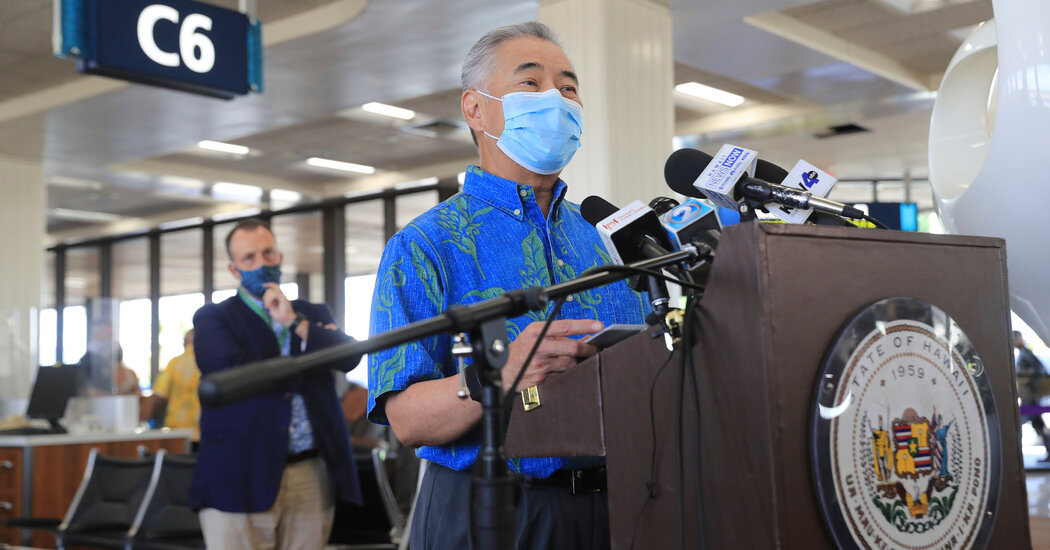 Hawaii is holding its primaries on Saturday, with a Senate seat, two House seats and the governorship on the ballot. In this solidly blue state, the Democratic primaries are likely to determine the November winners.

Here are the main races we’ll be watching.

Voters will pick their candidates to replace Gov. David Ige, a Democrat who cannot run for re-election because of term limits. Hawaii has elected only one Republican governor in the last 50 years, so the focus is on the Democratic primary — though Republicans will also be choosing a nominee, from a crowded 10-candidate field.

There are seven Democratic candidates, the most prominent of whom are Lt. Gov. Josh Green, Representative Kai Kahele and Vicky Cayetano, a former first lady of Hawaii.

Mr. Green, who became very popular among Hawaii residents as the state’s Covid liaison, has emphasized Hawaii’s low infection rate compared with most other states. He holds a large lead in public polling.

The biggest topic of discussion in the campaign has been how to address the state’s housing crisis, which was exacerbated by wealthy remote workers moving from the mainland during the pandemic and has hit Native Hawaiians especially hard.

The Second Congressional District, which covers most of the state geographically, is electing a new member of Congress after Mr. Kahele decided to run for governor midway through his first term. The leading candidates in the Democratic primary — the main attraction given the district’s partisan tilt — are Jill Tokuda, a former state senator, and Patrick Branco, a state representative.

The race has drawn more than a million dollars in outside spending, mostly on behalf of Mr. Branco. But Ms. Tokuda, who is backed by the Congressional Progressive Caucus, leads in polling.

On paper, the candidates have similar views — they both support abortion rights and stricter gun laws, for example — but gun issues have become a point of contention. Mr. Branco and his supporters argue that Ms. Tokuda cannot be trusted because she was endorsed by the National Rifle Association in 2012, although she supported gun restrictions in the State Senate after that and has called for a federal assault weapons ban and a minimum age of 21 for gun purchases.

Hawaii’s First District, which covers the Honolulu metropolitan area, does not have a competitive race. The incumbent, Representative Ed Case, faces only token opposition in the Democratic primary and is expected to defeat whomever Republicans nominate.

Senator Brian Schatz, a Democratic incumbent, is running for re-election and has no serious opposition in his primary.

There are 10 candidates vying for the Republican nomination — only one of whom, State Representative Bob McDermott of Oahu, has held elected office before. But the seat is not considered competitive in November.