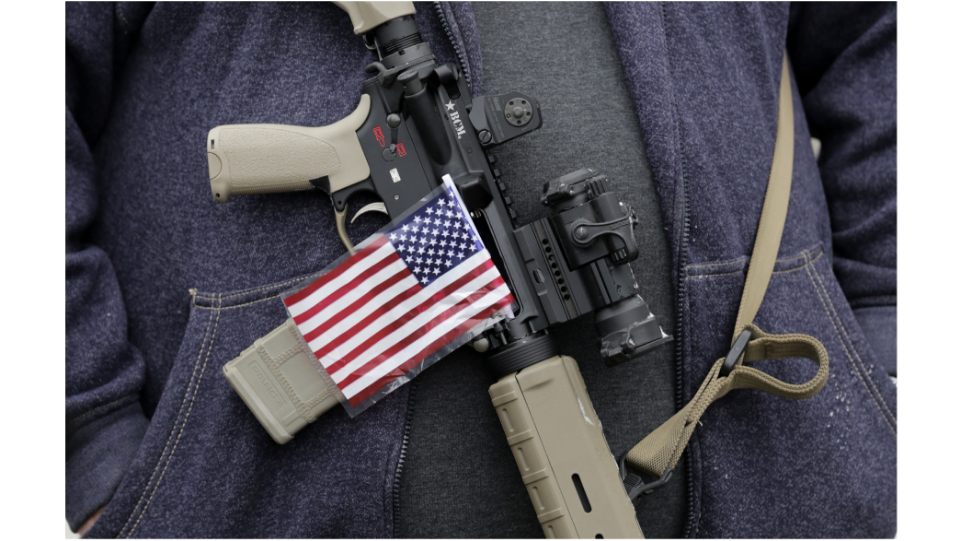 I was standing in the warm waters of Goguac Lake, cold beer in hand. It was another glorious Fourth of July weekend in Battle Creek. Over our heads, three USAF Thunderbird aircraft flew in formation, their roar rattling the metal of the beer vessel in my hand. A few moments later, I could hear them circling back for another pass, the sound of the tremendous engines splattering on my eardrums before the vision of the thundering birds could register in my squinting peepers.

The boats all around me were festooned with flag-waving swagger, symbols of Americanism everywhere. I am here with my family, living the grand life, and truly feeling the patriotic pride of what it means to be an American. After the day on the lake, we go back to shore to eat dinner and prepare for the annual fireworks show. It was then I heard the evening news: another mass shooting, this time at a Fourth of July Parade celebration in Illinois.

Seven dead, and dozens injured. One two-year-old parade bystander witnessed his two parents shredded to pieces before his eyes. Two years old, not only to live the rest of his life without his parents, but to live the rest of his life with that horrific memory nestled somewhere deep within his still underdeveloped psyche. Dr. David Baum, a local obstetrician who treated victims on-site, described the carnage this way:

“The people who were gone, were blown up by that gunfire—blown up. The horrific scene of some of the bodies is unspeakable. I don’t think the average person has to see a body eviscerated or a head injury that’s unspeakable, to understand what the problem is with this country.”

Hearing this news, I lower my head. Any patriotic pride I felt that day drained from my body, like the blood from that two-year-old’s parents.

The gunman was found and arrested; 21-years-old with a legally purchased “high-powered rifle similar to an AR-15.” The shooter passed background checks and purchased the gun legally. He passed four background checks to purchase firearms between June 2020 and September 2021 (when he was under 21). The suspect fired more than 70 rounds in a short amount of time—45 injured or deceased from this one violent outburst. On the 246th anniversary of this nation’s founding, this is sadly the American new normal. This is what “We the People” have devolved into.

Thoughts and prayers. With each tragedy, it seems we have become numbed as a nation to these horror stories. Ironically, the day of this tragedy, before we heard the news of this shooting, I was discussing the politics of gun control with my adult nephew. His politics are quite the opposite of mine, but he is always cordial and willing to engage in any discourse quite civilly.

He used the National Rifle Association (NRA) narrative that the guns are not the problem, the people using the guns are the problem, and that gun control laws are not the solution. He was very nonchalant about the difference between types of rifles and types of bullets that are used in these killings. All assault-style weapons should be perfectly legal. Good people with guns are needed to fight bad people with guns.

I left the conversation at that and decided instead to focus on the bikinis that were on the boat next to us. Civil discourse spiced with instant distraction. And, of course, another cold beer. I was not going to change his deeply ingrained opinions on that lake.

The NRA, the fiercest and most feared group of lobbyists in the halls of Congress, has not historically always been anti-gun control. The NRA’s complete opposition to gun control is only a few decades old. The leadership of the NRA in decades past was more open-minded about gun control than someone familiar with the modern NRA might ever imagine. Not only did the NRA support gun control for much of the 20th century, its leadership in fact lobbied and co-authored gun control legislation.

In the 1920s, the NRA proposed regulations later adopted by nine states, requiring a permit to carry a concealed weapon, a one-day waiting period between the purchase and receipt of a gun, and that records of gun sales be made available to police. The NRA assisted President Franklin Roosevelt in drafting the 1934 National Firearms Act and the 1938 Gun Control Act, the first federal gun control laws. Gun sellers and owners were required to register with the federal government and felons were banned from owning weapons.

In 1939, Karl T. Frederick, the president of the NRA, testified before Congress, stating, “I have never believed in the general practice of carrying weapons. I do not believe in the general promiscuous toting of guns. I think it should be sharply restricted and only under licenses.”

For the next 30 years, the NRA continued to support gun control. After President John F. Kennedy was assassinated in 1963 by an Italian military surplus rifle purchased from an NRA mail-order advertisement, NRA Executive Vice-President Franklin Orth agreed at a congressional hearing that mail orders of guns should be banned. Orth stated, “We do not think that any sane American, who calls himself an American, can object to placing into this bill the instrument which killed the President of the United States.”

The NRA also supported, in 1967, a bill that banned carrying loaded weapons in public. Most of the provisions of the federal Gun Control Act of 1968 were supported by the NRA, with NRA spokesman Orth stating, “The measure as a whole appears to be one that the sportsmen of America can live with.”

For much of the 20th century, the NRA had lobbied and co-authored legislation that was similar to the modern legislative measures the association now characterizes as unconstitutional. But by the 1970s, the NRA changed its course dramatically, in my humble opinion for pure political power and financial motives. I would guess that most of my conservative family and friends have not been exposed to the complete history of the NRA.

I am a gun owner myself and have been handling firearms since I was a child. I will only ever advocate for sensible and reasonable solutions to gun violence and mass shootings, much as the NRA had so responsibly done when I and my parents and grandparents were growing up. The technology of modern firearm weaponry is developing rapidly and our firearm safety laws and regulations need to adapt as well. Our founding fathers never fathomed that we would have weapons that could do so much unspeakable damage with such simple effort and in such short time. And that these military weapons could so easily get into non-military hands.

We don’t need any more thoughts and prayers; sadly, they are not working. We should be able to celebrate the Fourth of July without standing in the blood of our family, friends, and neighbors.

As with all op-eds published by People’s World, this article reflects the opinions of its author. 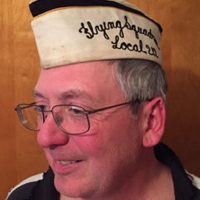