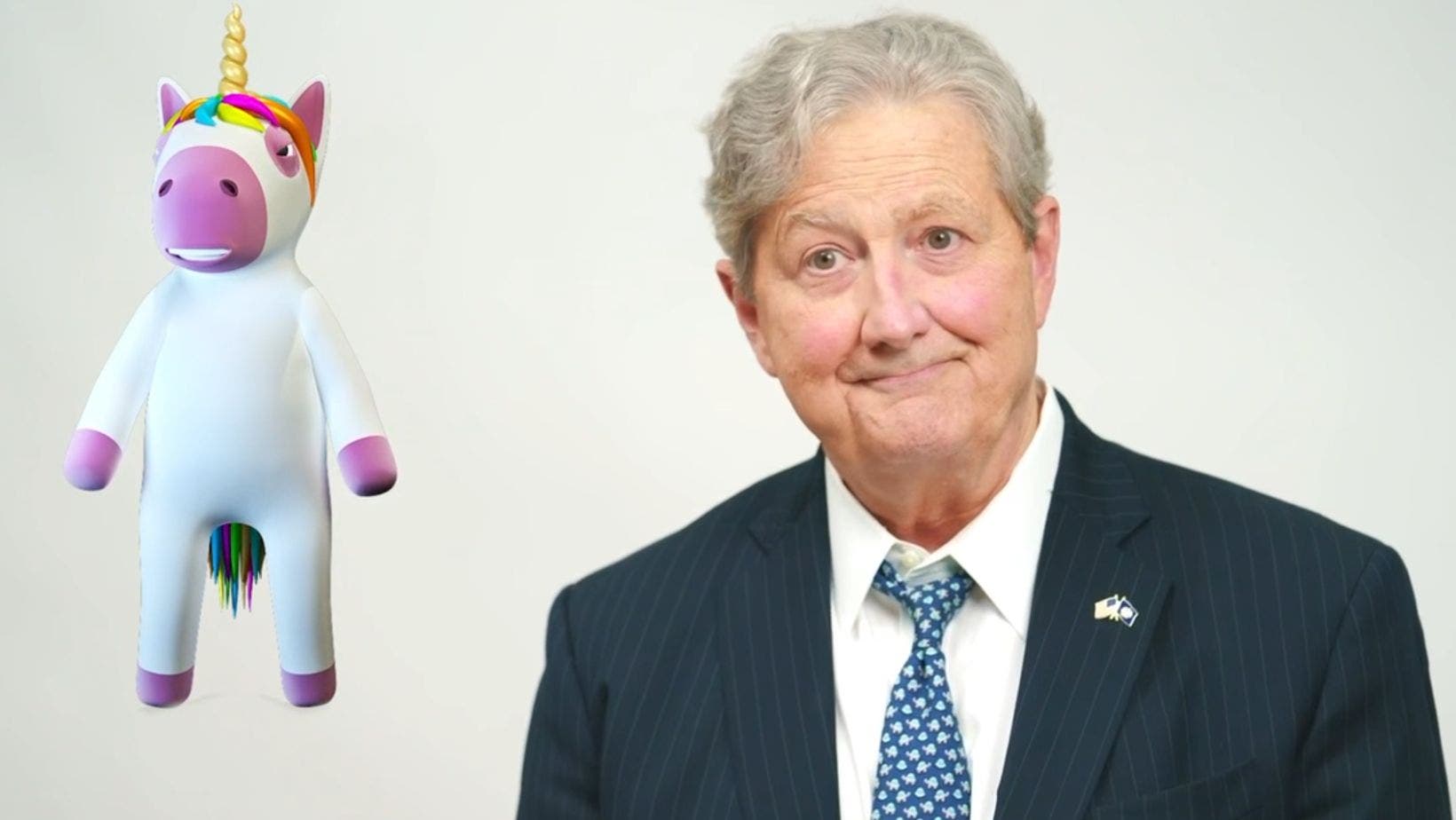 FIRST ON FOX: Senator John Kennedy, R-La., roasted President Biden and his energy policies in a new campaign video, quipping that the economy does not run on “unicorn urine.”

“Are you ready?” Kennedy asked at the beginning of the video. “Here’s President Biden’s energy policies in a nutshell.”

“Sometimes, I think President Biden is more concerned about the best cure for toenail fungus than he is about saving American jobs,” he continued.

Kennedy ended the video by asking for “someone” to “please tell the commander-in-chief” that neither his “car nor the greatest economy in all of human history runs on fairy dust and unicorn urine.”

Kennedy is well known for his pointed humor in Washington and has made it a staple feature of his political persona.

The senator released his first video of the election cycle on Wednesday, where he gave some “Real Talk,” saying he has “the right to remain silent,” but he just doesn’t “have the ability.”

Another famous video featuring Kennedy came in 2021, when he did a video spot shared by the National Rifle Association (NRA).

“Folks, I believe that love is the answer,” Kennedy said as funk music played behind him. “But you ought to own a handgun, just in case.”

The senator’s latest ad comes amid sky-high inflation, massive gas prices, and a recession that have strained Americans’ wallets across the country.

The number of Americans filing for unemployment benefits edged higher last week, hovering near the highest level of the year – the latest sign that the historically tight labor market is starting to cool off.

Figures released Thursday by the Labor Department show that applications for the week ended July 30 rose to 260,000 from the downwardly revised 254,000 recorded a week earlier. That is above the 2019 pre-pandemic average of 218,000 claims and just narrowly missed topping the eight-month high of 261,000 recorded in mid-July.

Commentary: This Republican, NRA gun owner has had enough
Fox News Is Having a Nuclear Meltdown Over the Feds Raiding Mar-a-Lago
Maryland’s Gun Licensing Law is Unconstitutional, Argues FPC in New Brief
What to Watch in Hawaii’s Primary Elections
Stockard on the Stump: Voucher student numbers low with public schools already open