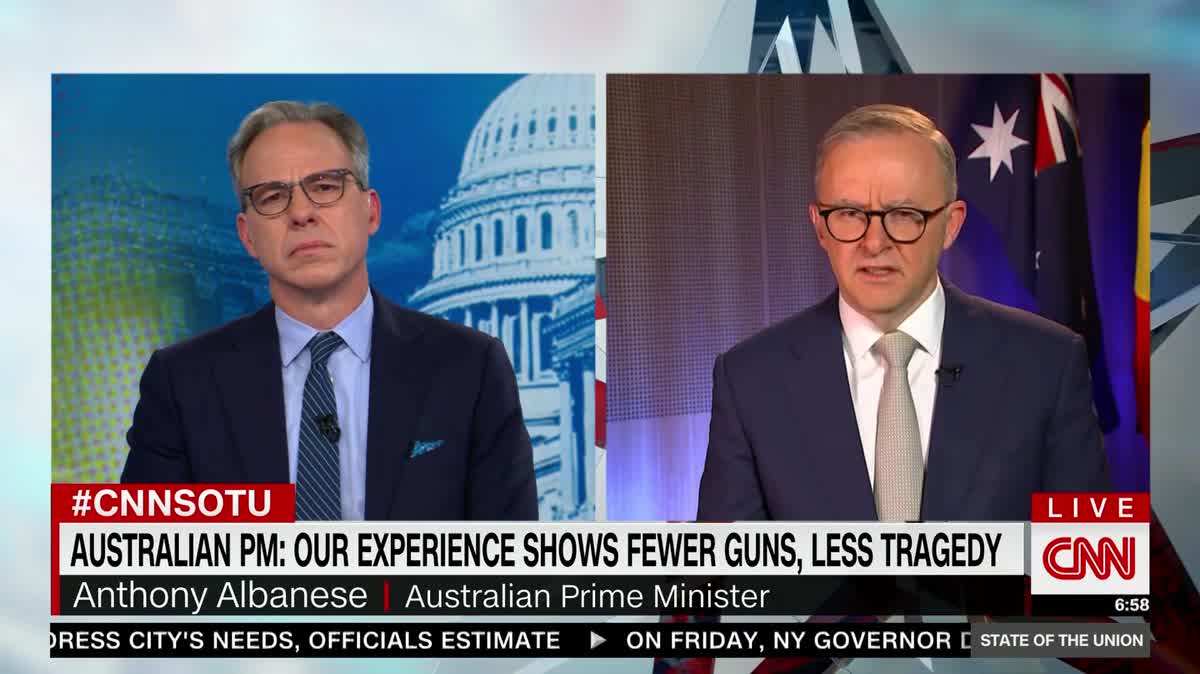 Australian Prime Minister Anthony Albanese told CNN that, sadly, every mass shooting that occurs on US soil has reinforced their commitment to the gun control measures they implemented in 1996.

TAPPER: In 1996, after 35 Australians were killed in a mass shooting, your country’s government took immediate action. You implemented a gun buyback. You banned semiautomatic rifles. You passed strict new gun regulations.

What has it been like to watch the United States struggle to address our all-too-frequent mass shootings and gun deaths from an outsider’s perspective, especially given your country’s experience?

ALBANESE: Well, every one of these tragedies is heartbreaking.

And every one of these tragedies keeps reinforcing, as an outsider, the fortunate position Australia’s in of having these strong gun controls and the tragedy for the families affected by these crimes.

In Australia, we had a bipartisan response to the Port Arthur massacre, and we haven’t had one since. And I would just say that people should look at our experience. It’s up to the United States, as a sovereign nation, what direction it takes, of course, but the truth is that Australia’s experience shows that less — less guns, particularly less automatic weapons, the less crime occurs and the less tragedy occurs.

Gun manufacturers, coupled with the NRA and massive payoffs to the GOP and in Congress, have destroyed almost any true bipartisan measures at banning assault weapons that are murdering children in schools.

In other words, America is f**ked.