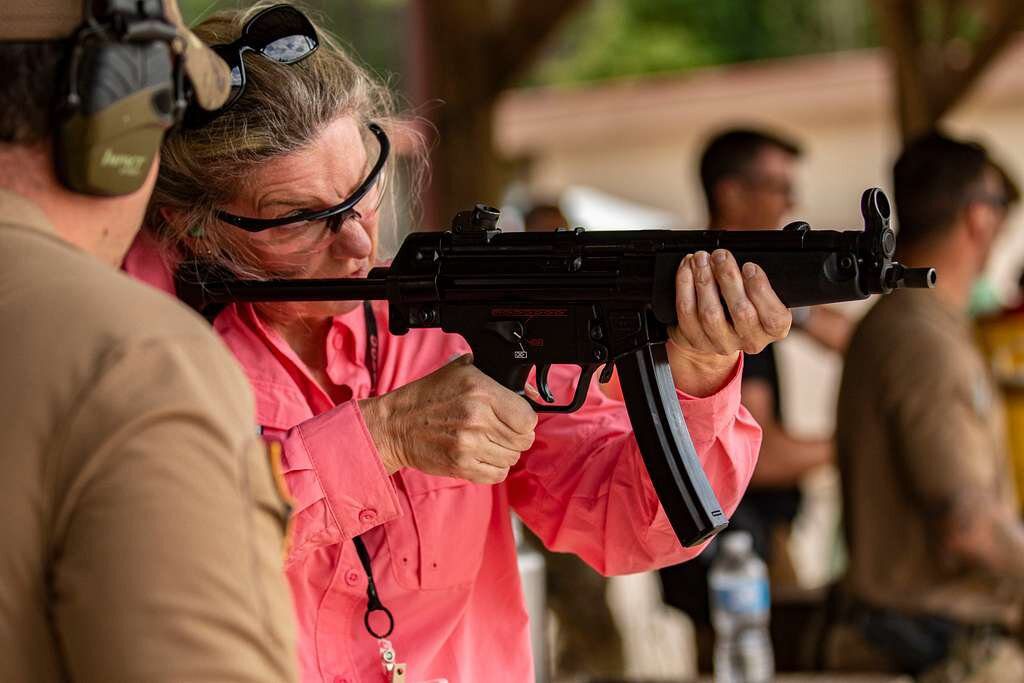 I think I have written this before, but I was inspired by Newsmax fake journalist Carl Higbie, who is apparently suggesting that elementary school children should bring guns to school. He claims this would end mass shootings. Really? I couldn’t make this s**t up.

“I’d say it’s about a hundred years ago, these so-called toddlers and 8-, 9-, 10-year-olds used to carry guns to school as a completely normal thing in a lot of areas of the country–and probably even more recently than a hundred years ago. No mass school shootings, no problems,” Higbie claimed sweepingly, to which Steube agreed.

Steube is ‘Greg Steube,’ a representative from the not-so-great state of Florida.

This plan should begin at birth. Instead of “baby’s first rattle,” give him or her a small toy gun so the baby will get used to the feel of a weapon.

There would be no bullying in school, just a ‘shoot out’ between two or more students several times a week. No one would dare take your parking place in a shopping center unless they had more guns than you had in yours. Anyone who would dare to get in line in a grocery store with a full cart, although the sign said ’20 items or less,’ would be subject to threats of violence from those standing behind her or him.

With every citizen “packing,” there would be fewer mass shootings but many more individual incidents of individuals suffering from gunshot wounds.

The majority of mass shootings involve military assault weapons. I believe that anyone who pulled a gun on a heavily armed individual wearing body armor would become a target.

The NRA always suggests that more guns are the answer to our serious gun problem in America. They have a good reason for telling this obvious lie. When gun manufacturers and gun sellers enjoy increased profits, so do they. Politicians protect the NRA gun lobby because they receive millions of dollars in campaign funds and other ‘benefits.’

The facts about guns in America are clear. Lies from the NRA and right-wing Republicans want you to ignore reality. What they can’t hide is the fact that there have been more mass shootings than days on the calendar in 2020 and 2021, and the same situation is sure to repeat itself in 2022.

People with access to guns kill people every day. It is easier to buy an assault rifle than a six-pack of beer in America. Regardless of what you hear from the right side of the aisle and one of their owners, the NRA, there is no reason for any civilian to own a weapon designed for the sole purpose of killing as many human beings as possible in a very short period of time. Selling these weapons of mass destruction is literally giving someone a license to kill.

One more fact. No one is safe leaving their home in America. Most mass shootings happen in areas where ordinary people are going about their daily lives. These are not places where anyone should fear for their lives, but today everyone is afraid and have legitimate reasons to feel that way.

Our government has thrown away the ‘golden rule,’ along with several parts of the Constitution. “Not doing the right thing” is the standard operating procedure in Washington.

Yahoo!: Newsmax Host: When Kids ‘Used to Carry Guns’ There Were No School Shootings; by William Vaillancourt
The Crime Report: Worried About Guns? Hey, Let’s Arm Everyone; by Robin Barton