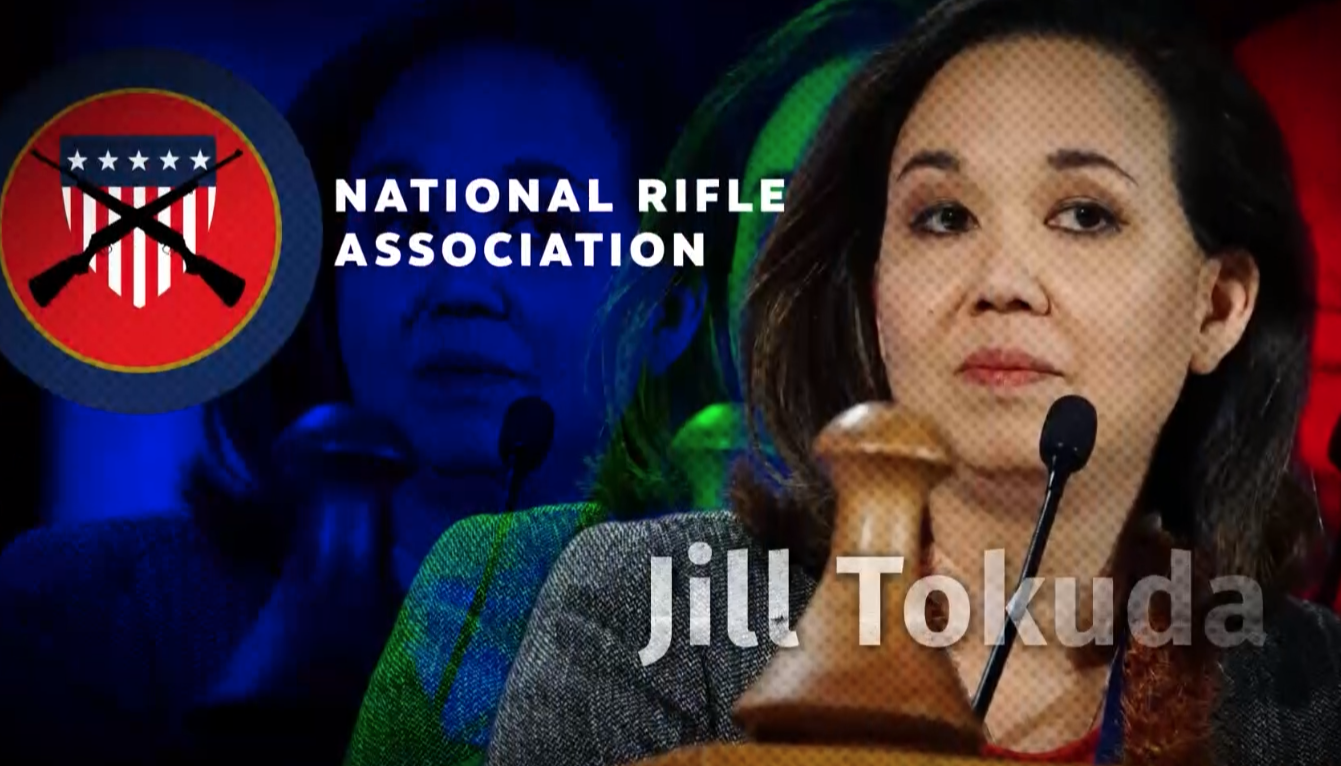 To judge from two 30-second political advertisements airing on local airwaves, Jill Tokuda is a pistol-packing mama and Sylvia Luke is as corrupt as the day is long.

Opponents of Tokuda, the former state senator running for Congress, and Luke, the state representative running for lieutenant governor, think they can elevate their preferred candidates by tearing down the front-runners.

The recent TV ads are channeling the ugly level of attacks typically seen in mainland campaigns. In both cases voters have little recourse to discern the truth from the fiction while journalists like myself struggle to shed light on matters.

Consider the 30-second spot slugged “Endorsed,” a brutal broadside against Tokuda. The ad says she was endorsed by the National Rifle Association in 2012 after completing a questionnaire. It shows a news clip featuring — among other imagery — the May 27 school massacre in Texas.

“Think about our keiki when you vote,” the commercial concludes. “We just can’t trust Jill Tokuda.”

“Endorsed” is paid for by votevets.org (“elevating the voices of veterans”), a mainland super political action committee backing Tokuda’s opponent, state Rep. Pat Branco. While candidates and super PACs are prohibited from coordinating, Branco’s campaign has also repeatedly called Tokuda out on the NRA support, as my colleague Nick Grube recently reported in a story that also noted Tokuda’s previous support of numerous gun-control bills.

“As the nation still mourns the tragic shootings in Uvalde, Texas, and Buffalo, New York, our voters are tired of lip service and inaction from politicians on the issue of gun violence — and they should be,” Branco said in a June 17 campaign email.

“I will tell you that I was absolutely disgusted, as a mother, and mad. I have a hard time holding it together when you have pictures of Uvalde on that commercial — how dare you!” she said at a Civil Beat “Know Your Candidate” forum at Chaminade University on Tuesday.

“To any parent out there, every single one of us, how dare you try to make the connection — when all of us, when these happen, want to run home and hug our kids.”

Tokuda lays the blame with both VoteVets and Branco. Two days later, her campaign issued a press release stating that she has been “a strong voice” for gun-control policy at the Legislature. It included the names of more than a dozen legislators affirming it.

Jon Soltz, chair of VoteVets, doubled down in an emailed statement to me: “The facts are the facts and the ad is accurate about Jill Tokuda’s B-rating from the NRA, and her NRA endorsement. She didn’t get it for no reason, and she still hasn’t explained any of it adequately. If she’s changed her positions dramatically on guns, that’s fair, but she should let people know.”

He added, “Integrity and honesty count. You can’t be a progressive Democrat and get a B-rating from the NRA.”

For his part Branco has declined to denounce VoteVets and says it is entirely appropriate for his campaign to point out the NRA rating. But it also smells a little desperate, as a Civil Beat/Hawaii News Now poll earlier this month showed Tokuda with a commanding lead over Branco.

The voters of CD2 in the Democratic primary will make the ultimate determination, but the fact that 63% of district voters said they were undecided in late June means that the ad could prove persuasive to many.

The same goes for a new TV commercial targeting Luke, who is in a tough race for the Democratic primary for lieutenant governor.

Titled “Inside,” the ad opens with the words “another scandal” superimposed on the Hawaii Capitol building. The faces of three indicted Navatek executives, partially obscured, then roll by on the screen accompanied by charges of “money laundering” and allegations of “pocketing” Covid-19 funds.

Then comes Luke’s face — partially obscured as well — with the narrator intoning that she has taken thousands of dollars in contributions from the former Navatek CEO, Martin Kao, while at the same time giving big tax breaks to the Honolulu-based company.

“Keep scandal out of our government,” the ad concludes, menacingly. “Don’t let Sylvia Luke in to the lieutenant governor’s office.”

In a lengthy statement, she says in part, “As a public servant who aspires to one of the top leadership positions in the state, I have a duty to repudiate smears and disinformation. These kinds of ads disgust most voters and damage the entire election process.”

Luke has long criticized the troubled project, which employs a lot of union workers. And Luke points out that Be Change Now used to be known as Pacific Resource Partnership or PRP, which is currently backing former Honolulu City Council Chair Ikaika Anderson for LG.

Businessman Keith Amemiya and business advocate Sherry Menor-McNamara are also in the contest, and the attacks on Luke and the bolstering of Anderson could prove decisive. Corruption is one of the top campaign issues this year due to a slew of high-profile indictments including that of two legislators for bribery just a few months ago.

In addition to the TV ads, Be Change Now has been spending generously on large newspaper ads on Anderson’s behalf, although the fact that the ads are independent of his campaign is only disclosed in fine print at the bottom.

Joshua Magno, chair and treasurer of Be Change Now, did not return a call. But Lee Tokuhara, the group’s communications director, emailed me Saturday with the super PAC’s response to several of Luke’s comments on the ad.

Be Change Now says its ad raises “legitimate criticisms” of Luke’s record. The group defends the ad’s accuracy and says it is a champion of the middle class. The word “rail” is not mentioned.

Whether voters will be able to unpack all this is in question — who has the time? But these attack ads illustrate that super PAC money isn’t going away, and that politics and governance — and money and interests — are often intimately intertwined.

It was PRP, you will recall, that settled a libel suit in 2014 filed by former Gov. Ben Cayetano, who was — well, livid — at PRP for a negative ad campaign in 2012 when he unsuccessfully ran for Honolulu mayor.

Cayetano ran on an anti-rail platform. Vicky Cayetano, who is now running for governor herself, remarked on the $125,000 settlement, which was given to charity, at press conference last week with U.S. Rep. Kai Kahele. Though opponents, they have combined forces to question Lt. Gov. Josh Green on transparency and accountability regarding his finances.

“And through that whole process, we found all these emails and all the dirty schemes that they had planned out,” she recalled. “But at the end of the day, that was already too late.”

Four years after the settlement, PRP — which by then had changed its name to Be Change Now — spent more than $1 million on Green’s behalf in his race for lieutenant governor. Green defeated Tokuda, who, like Luke, was critical of the rail project while she was chair of the Senate Ways and Means Committee.

Hawaii will elect a new governor, lieutenant governor and member of Congress this year. We face immense challenges including an exorbitant cost of living and existential climate change.

It’s unfortunate that negative campaigning may play an outsize influence in choosing the leaders who will make critical decisions in the interest of all of us.