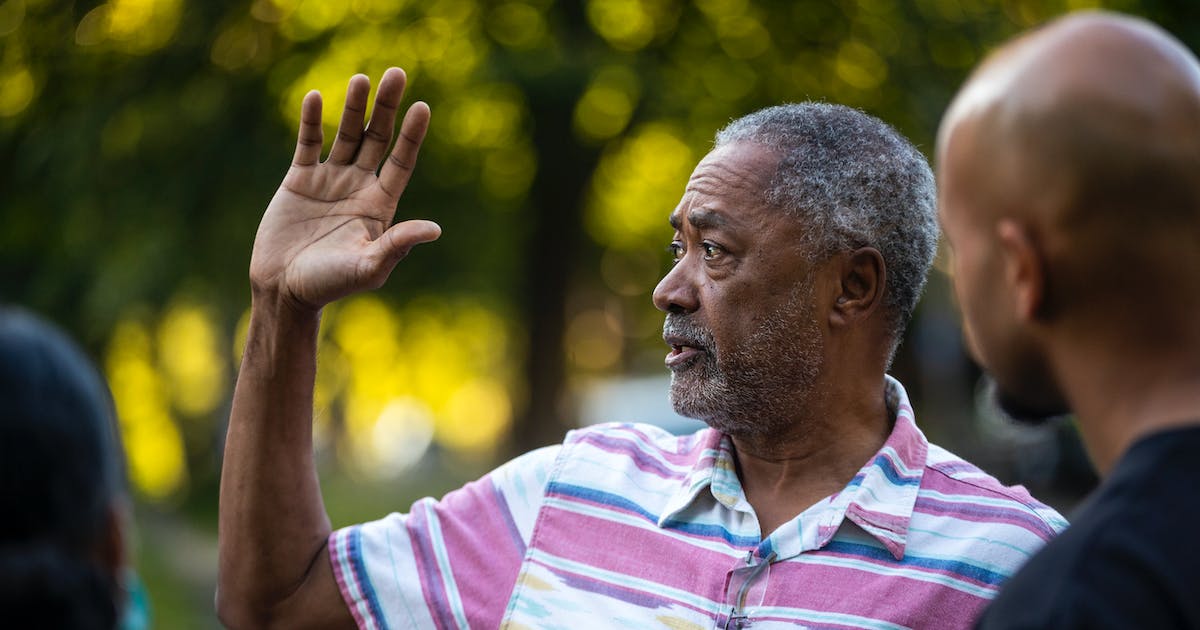 The Aug. 9 primary election between Don Samuels and U.S. Rep. Ilhan Omar will likely determine the next member of Congress from the Fifth District. As former DFL state legislators from areas in the Fifth District, we know what it takes to be a good legislator. Thought, study and hard work are paramount. Incumbent Omar has squandered her opportunity to show these qualities. Instead, she has proven to be glib and has voted against the wishes of the majority of her constituents on vital issues. That is why we are supporting Samuels.

Examples of Omar’s out-of-touch actions include her push to “defund the police,” even after rejection by Minneapolis voters. She called President Joe Biden’s $300 million community policing proposal “ludicrous,” and was one of six Democrats who voted against the vital infrastructure bill. On the international scene, she was one of two Democrats who voted against the Russian oil ban. She vacillated on sanctions against Israel. House Speaker Nancy Pelosi noted that her anti-Semitic tropes were “deeply offensive.” This is not the person we want in Congress.

Samuels’ experience and makeup is different. He has shown integrity, thoughtfulness and hard work in his decadeslong efforts to help by serving on the Minneapolis school board and the City Council. Don and wife Sondra made their home in north Minneapolis a sanctuary to help kids. Don is pro-choice, climate change is a priority for him, and the National Rifle Association does not want him to win.

We need change. The Aug. 9 election provides that opportunity.

The commentary by two former Minneapolis school superintendents and one former Minneapolis school board chair would have been amusing had it not been such an indictment of their failed leadership of the Minneapolis Public Schools (“Don Samuels has credibility on public schools,” Opinion Exchange, July 27). Their argument seems to be that Samuels, who’s challenging DFL-endorsed Omar in the upcoming primary election, is better qualified to support the Minneapolis Public Schools because she hasn’t fixed, in four years as a member of Congress, what none of them could fix during their time as school board chair, school board member, City Council member and superintendent.

Another concern about Samuels is his list of endorsements. We got a mailer from his campaign a few days ago. What was striking about the list was that the vast majority of the lengthy list were former officeholders, some of whom haven’t held office since the 1970s and few of whom served in this century! This is precisely why I’m supporting Omar. I don’t always agree with her. But she’s not supported by the long list of establishment worthies who have given us a failed Police Department, a struggling public school system, a barren Soviet-style Nicollet Mall and plenty of housing for those with money but tent encampments for those who don’t.

Following our terrifying home invasion in December, I was compelled to better understand the criminal justice system in Minneapolis and Hennepin County. My path to healing from this trauma was in trying to understand why this happened and to prevent another mother from seeing the terror in her daughter’s eyes as a gun was pointed at her. With the help of other crime victims and concerned citizens, I formed a group called Safe Streets NOW for a Better Tomorrow. We wanted to be action-oriented to hold elected officials and other criminal justice system partners accountable. Our group has met with legislators, city, county and state elected officials, law enforcement, state and county Departments of Corrections, the Hennepin County Attorney’s Office, and many dedicated people working with boots on the ground. I’ve been interviewed, have testified, have written countless e-mails advocating for public safety funding and am currently serving on the Hennepin County HEALS 2.0 Response to Violent Crime Committee. It’s been eye-opening and at times very frustrating but also motivational and key to understanding what is needed to change this trajectory.

The NOW focus has shifted from advocating at the Legislature to the upcoming elections, specifically the Aug. 9 primary. With crime at “Murderapolis” levels across Hennepin County, the Hennepin County attorney’s race will be the most consequential. There is one clear choice who will hit the ground running, who has worked as a prosecutor, who has a track record of reducing crime by working with all community partners, and that is Martha Holton Dimick!

Now is not the time to experiment or reimagine this office, it is the time to bring in a proven professional who won an award for reducing murder rates in north Minneapolis to historically low levels during her time in the Hennepin County Attorney’s Office before moving on to work in the Minneapolis City Attorney’s Office and then for the past 10 years as a judge appointed by former Gov. Mark Dayton. The Hennepin County Attorney’s Office must have a solid foundation of community relationships and partnerships with law enforcement agencies to be successful. Martha is endorsed by the Minnesota Police and Peace Officers Association because she is the true public safety candidate. Plain and simple, we need a Hennepin County attorney who believes victims’ rights are at the forefront, that low-level offenders must be rehabilitated and that violent criminals belong in jail, and that is Martha!

In the days and weeks following our home invasion we had a deluge of support with everyone asking how they could help. Voting for Martha Holton Dimick in the primary on Aug. 9 is the answer!

I have practiced as an attorney in Hennepin County for 37 years and worked with Tom Johnson, Amy Klobuchar and Mike Freeman. I am supporting Ryan Winkler because he has the managerial skills from his experience as House leader over a comparable staff size to the Hennepin County Attorney’s Office. In my opinion, the office doesn’t need a trial attorney as county attorney; there are many experienced trial attorneys in the office.

Voters want leadership. They are concerned about public safety. As a legislator, Winkler listens to folks’ concerns and knows how to work with people to solve problems. I am impressed with the fact that when he is congratulated for his work at the Legislature, he gives credit to all who worked together. Winkler is not an ideologue — he will be a pragmatic leader who will work with the community to improve public safety in a just manner.

A letter writer’s not very subtle criticism of Matt Birk’s “eight (8!)” children is a prime example of a double standard (Readers Write, July 26). The writer’s introductory comment was “Matt Birk evidently believes that we do not create our own lives … .”

Evidently, part of Birk’s life should not have been created.

A half century ago one of America’s typical overreactions was fear of a so-called population explosion. Parents were criticized for daring to have more than two children. Today, of course, there are not enough workers. I wonder how the writer will feel someday when perhaps one of Birk’s children as a medical worker helps better his life, repairs his plumbing, defends him in court, or is a nanny or teacher to a child he cherishes. I wonder.

My reaction has nothing to do with Birk’s politics, but a lot to do with what real freedom looks like.