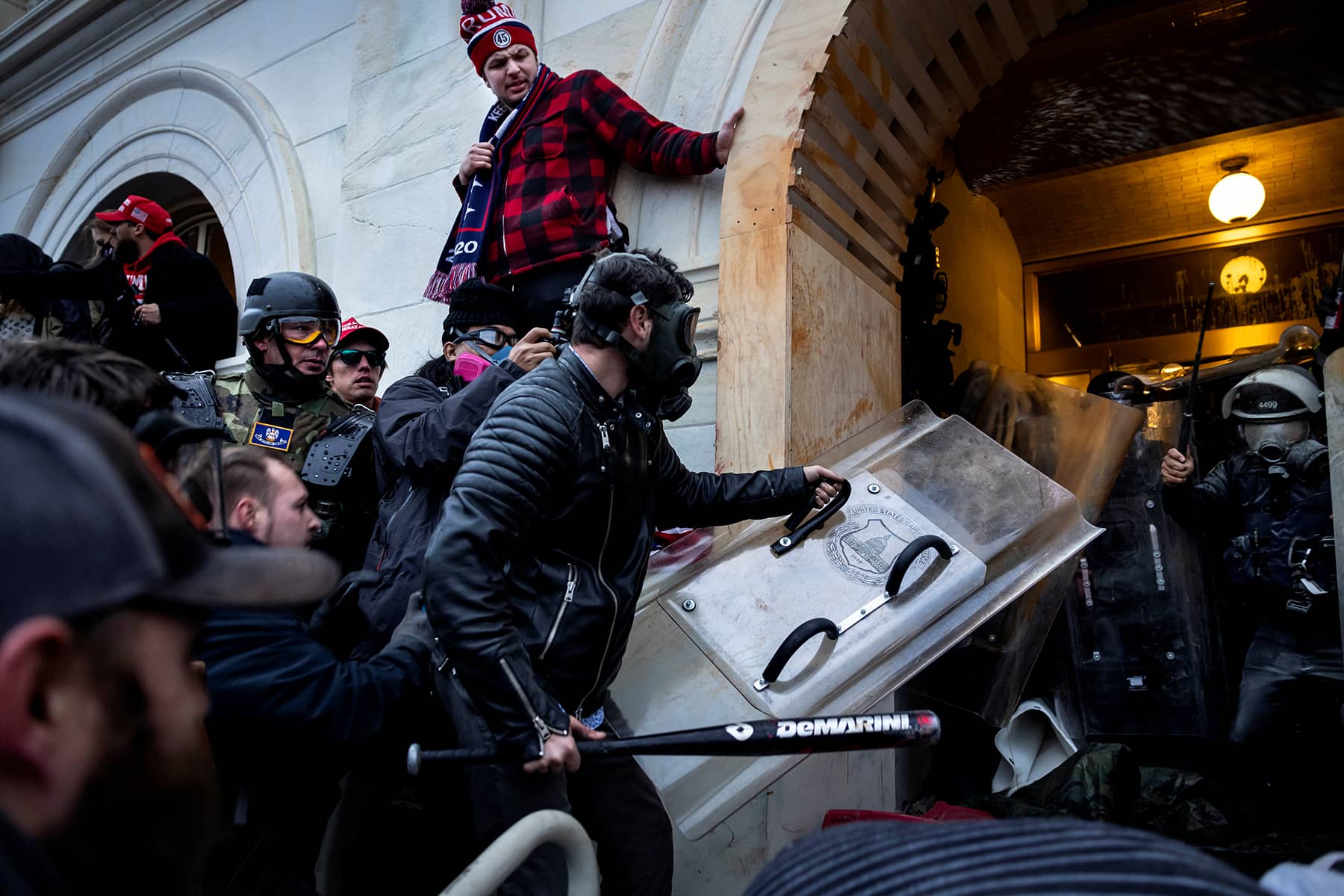 The July 21 public hearing by the House Select Committee to Investigate the January 6th Attack on the U.S. Capitol brought to its logical conclusion the story of Trump’s attempt to overturn our democracy. After four years of destroying democratic norms and gathering power into his own hands, the former president tried to overturn the will of the voters.

Trump was attacking the fundamental concept on which this nation rests: that we have a right to consent to the government under which we live. Far from rejecting the idea of minority rule after seeing where it led, Republican Party lawmakers have doubled down.

They have embraced the idea that state legislatures should dominate our political system, and so in 2021, at least 19 states passed 34 laws to restrict access to voting. On June 24, in the Dobbs v. Jackson Women’s Health decision, the Supreme Court said that the federal government did not have the power, under the Fourteenth Amendment, to protect the constitutional right to abortion, bringing the other rights that amendment protects into question. When Democrats set out to protect some of those rights through federal legislation, Republicans in Congress overwhelmingly voted to oppose such laws.

In the House, Republicans voted against federal protection of an individual’s right to choose whether to continue or end a pregnancy and to protect a health care provider’s ability to provide abortion services: 209 Republicans voted no; 2 didn’t vote. That’s 99% of House Republicans.

They voted against the right to use contraception: 195 out of 209 Republicans voted no; 2 didn’t vote. That’s 96% of House Republicans.

They voted against marriage equality: 157 out of 204 Republicans voted no; 7 didn’t vote. That’s 77% of House Republicans.

They voted against a bill guaranteeing a woman’s right to travel across state lines to obtain abortion services: 205 out of 208 Republicans voted no; 3 didn’t vote. That’s 97% of House Republicans.

Sixty-two percent of Americans believe abortion should be legal. Seventy percent support gay marriage. More than 90% of Americans believe birth control should be legal. I can’t find polling on whether Americans support the idea of women being able to cross state lines without restrictions, but one would hope that concept is also popular. And yet, Republican lawmakers are comfortable standing firmly against the firm will of the people. The laws protecting these rights passed through the House thanks to overwhelming Democratic support but will have trouble getting past a Republican filibuster in the Senate.

When he took office, Democratic president Joe Biden recognized that his role in this moment was to prove that democracy is still a viable form of government.

Rising autocrats have declared democracy obsolete. They argue that popular government is too slow to respond to the rapid pace of the modern world, or that liberal democracy’s focus on individual rights undermines the traditional values that hold societies together, values like religion and ethnic or racial similarities. Hungarian president Viktor Orbán, whom the radical right supports so enthusiastically that he is speaking on August 4 in Texas at the Conservative Political Action Conference (CPAC), has called for replacing liberal democracy with “illiberal democracy” or “Christian democracy,” which will explicitly not treat everyone equally and will rest power in a single political party.

Biden has defended democracy across the globe, accomplishing more in foreign diplomacy than any president since Franklin Delano Roosevelt. Less than a year after the former president threatened to withdraw the U.S. from the North Atlantic Treaty Organization (NATO), Biden and Secretary of State Antony Blinken pulled together the NATO countries, as well as allies around the world, to stand against the Russian invasion of Ukraine. The new strength of NATO prompted Sweden and Finland to join the organization, and earlier this month, NATO ambassadors signed protocols for their admission. This is the most significant expansion of NATO in 30 years.

That strength helped to hammer out a deal between Russia and Ukraine with Turkey and the United Nations on July 23 to enable Ukraine to export 22 million tons of grain and Russia to export grain and fertilizer to developing countries that were facing famine because of Russia’s blockade of Ukrainian ports. An advisor to the Ukrainian government called the agreement “a major win for Ukraine.” When a Russian attack on the Ukrainian port of Odesa today put that agreement under threat, U.S. ambassador to Ukraine Bridget A. Brink called the attack “outrageous.”

Biden has also defended democracy at home, using the power of the federal government to strengthen the ability of working Americans to support their families. As soon as Biden took office, Democrats passed the $1.9 trillion American Rescue Plan to rebuild the economy. It worked. The U.S. has added 10 million new jobs since Biden took office, and unemployment has fallen to 3.6%.

That strong economy has meant higher tax revenues that, combined with the end of pandemic spending, have resulted in the budget deficit – the amount by which the government is operating in the red each year and thus adding to the national debt – dropping considerably during his term.

The strong economy has also led to roaring inflation, fed in part by supply chain issues and high gas prices. During the pandemic, as Americans turned to ordering online at the same time that factories closed down, shipping prices went through the roof. In the past year or so, outdated infrastructure at U.S. ports has slowed down turnaround while a shortage of truckers has slowed domestic supply chains. Biden’s administration worked to untangle the mess at ports by getting commitments from businesses and labor to extend hours, and launched new programs to increase the number of truckers in the country.

While oil companies are privately held and thus have no obligation to lower their prices rather than pocket the record profits they have enjoyed over the past year, Biden has nonetheless tried to ease gas prices by releasing oil from the strategic reserve and by urging allies to produce more oil for release onto the world market. Gas prices have declined for the past month and now average $4.41 a gallon, down from a high of more than $5 last month.

Last month, on June 25, Biden signed into law the first major gun safety bill in almost 30 years, having pulled together the necessary votes despite the opposition of the National Rifle Association. On July 21, he signed the bipartisan FORMULA – which stands for “Fixing Our Regulatory Mayhem Upsetting Little Americans” – Act to drop tariffs on baby formula for the rest of the year to make it easier to get that vital product in the wake of the closure of the Sturgis, Michigan, Abbott Nutrition plant for contamination, which created a national shortage. The Biden administration has also organized 53 flights of formula into the country, amounting to more than 61 million 8-ounce bottles.

While we have heard a lot about Biden’s inability to pass the Build Back Better part of his infrastructure plan because of the refusal of Republicans and Democratic senator Joe Manchin (WV) to get on board, Biden nonetheless shepherded a $1.2 trillion bipartisan infrastructure bill through this partisan Congress, investing in roads, bridges, public transportation, clean energy, and broadband.

Love or hate what Biden has done, he has managed to pull a wide range of countries together to stand against Russian president Vladimir Putin’s authoritarian attack in Ukraine, and he has managed get through a terribly divided Congress laws to make the lives of the majority better, even while Republicans are rejecting the idea that the government should reflect the will of the majority. That is no small feat.

Whether it will be enough to prove that democracy is still a viable form of government is up to us.