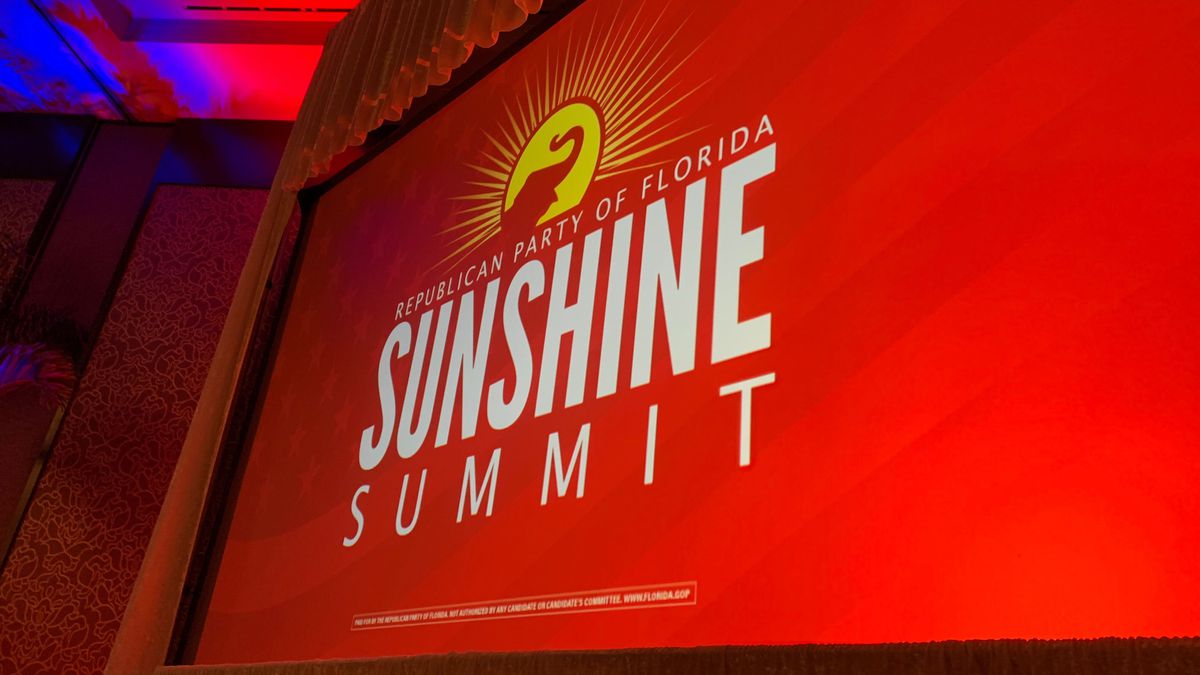 Candidates hoping to represent Florida in the U.S. House promised their allegiance to term limits, to state’s rights, to choice in education. They voiced their displeasure with Dr. Anthony Fauci, praised U.S. Supreme Court Justices Clarence Thomas and Amy Coney Barrett and vowed support of Israel. They stressed the need for a secure border and fiscal conservatism — for some candidates, as Gov. Ron DeSantis looked on and asked them questions.

The debates were not streamed live and most media outlets were barred from attending. (The Tampa Bay Times requested, and was granted, credentials to attend.)

Before the debates began, DeSantis said he didn’t want “legacy media” involved asking “gotcha questions” that only helped Democrats. He said this year Florida Republicans had the chance to pick up four congressional seats, from 16 to 20 — aided by the maps his office drafted.

The theme of the debates was clear — figuring out how much the candidates followed DeSantis’ and former President Donald Trump’s visions for the Republican Party.

DeSantis and Marc Levin, a conservative commentator from Fox News, hosted the debate for the 15th District.

All five of Florida’s 15th Congressional District Republican candidates participated, which required either $100,000 raised or 5% support in a poll to qualify.

Levin pressed candidates on their party credentials, asking one of them how they could know she wouldn’t be “the next Liz Cheney.” He asked candidates if they would oust Alejandro Mayorkas, the U.S. Secretary of Homeland Security, for his handling of the border. And he asked candidates how fiscally conservative they were, referencing DeSantis’ recent veto of $3 billion from Florida’s budget.

DeSantis doubled down on the question, asking what the candidates would do if given a stuffed budget or bill to sign that they had seen only 24 hours prior. He chimed in less frequently than Levin, but did ask the candidates who they thought the best justice on the Supreme Court was, if they supported term limits and what they would do if Fauci were still in office.

Get insights into Florida politics

Political editor Emily L. Mahoney will send you a rundown on local, state and national politics coverage every Thursday.

Levin had a back-and-forth with Grimes, who previously ran as a Democrat in Miami-Dade County, with Levin asking Grimes who he voted for in 2018 (Grimes said DeSantis) and about some of his previous positions on the National Rifle Association and other issues. Grimes said he’s always been conservative and pointed out the number of new Republicans in the state.

“Are we saying they’re not welcome?” Grimes said.

Perhaps the only policy position where the 15th District candidates were not in agreement was over whether nonmilitary personnel should be deployed to Ukraine. Lee was the sole candidate to oppose such intervention.

DeSantis was not present at this debate — it was moderated by conservative commentators from the Washington Free Beacon and Breitbart — but Makki mentioned the governor a few times, including applauding his push for term limits when he was in Congress and for his work on education in Tallahassee.

The candidates were also asked the question of whether they’d support Trump or DeSantis in 2024. Makki went first, saying “DeSantis is the future of our party.” Luna, who has been endorsed by Trump, said she’d support a Trump-DeSantis ticket. Hayslett joked he would like a minotaur-esque half-DeSantis-half-Trump combination, but he would support a Trump-DeSantis ticket or vice versa.

Asked about their priorities, Luna talked about energy independence, big technology and veteran suicide. Makki focused on, kitchen-table issues, the southern border and “indoctrination of our children,” while Hayslett talked about the border, inflation and election integrity.

Vote-by-mail ballots are already being sent to voters across the state ahead of the Aug. 23 primary election, and early voting begins in a few weeks.