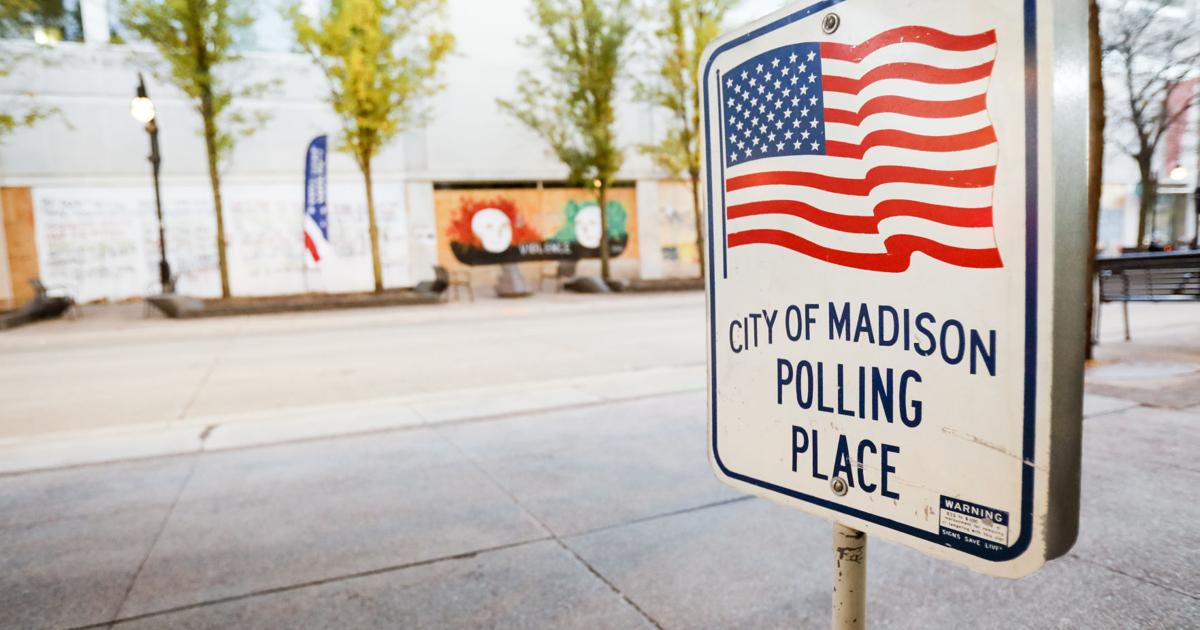 Republican voters will have the choice between a former state lawmaker, a district attorney and a conservative lawyer in the party’s primary for Attorney General on Aug. 9. The winner of the primary will face sitting Democratic Attorney General Josh Kaul on Nov. 8. The term is for four years.

Note: Karen Mueller did not respond.

Family: Single with no children

Prior elected office: District Attorney since 2012

What experience do you bring to the office of Attorney General?

Jarchow: I’ve been practicing law for nearly 20 years — from large national law firms to partner at a regional law firm to owning my own private practice. I’ve worked with clients big and small, from Wisconsin municipalities to small business owners who had their doors shuttered by Governor Evers’ illegal ‘Safer at Home Order.’ As the father of two school-aged kids, I’ve experienced the frustration of what our children are being taught in schools and I worry about them not having the same opportunities in Wisconsin that we had growing up. As a state representative, I proudly worked with constituents who were dealing with out-of-control Madison bureaucrats while also writing the laws of our state, formulating the state budget, and championing personal liberties for the people of Wisconsin. Like many small business owners, I’ve signed the front of paychecks and not just the back; I’ve worried about the wellness of my employees and their families; and most importantly, I succeeded through a results-oriented leadership style. We need an Attorney General who knows how to manage the close to 750 employees at the Department of Justice, and I have the broad career and life experience necessary to achieve results while doing it.

Toney: In my 10th year as the Republican District Attorney of Fond du Lac County I have personally prosecuted cases ranging from cold case homicides, sexual assault, racketeering, drug conspiracies, to violent crime and utilized the Department of Justice resources including the crime labs, DCI, prosecutors, and others to keep our communities safe. I serve as the President of the Wisconsin District Attorneys’ Association and work with the budgets of our DOJ, Public Defenders, Courts, and Prosecutors. I also spent 2½ years in private practice handling mental health, juvenile, and criminal defense, giving me the perspective of both sides of the criminal justice system. This unique experience allows me to hit the ground running to address the historic violence and drug epidemic sweeping across Wisconsin.

What issues set you apart from your opponents in this race?

Jarchow: My opponent has spent nearly his entire adult life running for political office and sees this race as an opportunity to climb the ladder. In contrast, I’ve spent my entire career working in the private sector. Even when I was a state representative, I continued to practice law while working with my wife to run our small businesses. Far too often, we elect people to public office who have no idea how the real world works and how reckless and burdensome government overregulation negatively impacts the people of Wisconsin. This primary is the choice between a career politician looking for a promotion and me — a lawyer, small business owner and father of two who wants to make Wisconsin the best state in the country to live, work, and raise a family.

Toney: I’m on the only GOP candidate that has ever prosecuted a crime and Wisconsin hasn’t elected an attorney general without prosecution experience since 1963. I manage a District Attorney’s Office of prosecutors and support staff coordinating with law enforcement to fight crime, which no other GOP candidate has done. I’m a Prosecutor and not a Politician, I won my first election defeating the incumbent, I oppose drug legalization, and I will apply the rule of law without bias or favor. I have a plan to address the surge in violent crime including DOJ receiving original jurisdiction in Milwaukee to tackle the record murder rate.

What is your plan for addressing violent crime?

Jarchow: In April, I introduced my Make Wisconsin Safe Again plan where I outlined four policy proposals to address violent crime and protect our communities. To reduce crime, I would work with the Legislature, many of whom are my former colleagues, to fully fund our police and address hiring challenges. I would create a Violent Crimes Taskforce at the Department of Justice, composed of agents from the Division of Criminal Investigation and prosecutors from Criminal Litigation, who would deploy at a moment’s notice to assist local prosecutors in combating violent crime. I would work with the Legislature to give the Department of Justice original jurisdiction over violent gun crimes in Wisconsin’s counties with first- and second-class cities, allowing the DOJ to hold violent criminals accountable when District Attorneys can’t or won’t do their jobs. Finally, I would transform the Office of School Safety into a standalone Division of School Safety, allowing for dedicated resources and staffing to address the mental health and physical safety of our teachers and students.

Toney: I will ensure that we enforce the rule of law and that the public and our law enforcement know they have a vocal advocate supporting our cops and our public safety mission. This is crucial to help with recruitment and retention issues we are seeing in law enforcement across the state. We need to give our Department of Justice original prosecution authority over Milwaukee County to end their historic violence and drugs, which bleeds across Wisconsin. By protecting Milwaukee, we protect all of Wisconsin. We need to improve the cash bail system, which includes 1) amending the Wisconsin Constitution to require judges to consider the dangerousness of criminals, 2) statutorily define what it means to be likely to appear in court to ensure judges are holding dangerous criminals on cash bail to protect our communities, and 3) fix the statute to allow defendants to be held with no bail. We also must have mandatory minimums for violent crime, fix the mismanagement at the Wisconsin Crime Labs, fill all the vacant DCI law enforcement and prosecutor positions and ensure they remain fully staffed to provide the necessary resources to cops and prosecutors across Wisconsin. We must also raise the pay of frontline prosecutors to ensure we are recruiting and retaining prosecutors across Wisconsin that fight for justice in our courtrooms.

You’ve criticized Attorney General Kaul’s handling of the Wisconsin State Crime Lab. What reforms would you institute at the crime lab?

Jarchow: We need a problem solver as Attorney General, and that is what I have been throughout my private sector career. Despite time and resources, Kaul has failed to improve state crime lab operations. As Attorney General I will quickly bring in a team to evaluate processes and interview crime lab leadership and staffers to understand all aspects of the issues the lab faces. That team will cross check our lab with state crime labs around the country to understand best practices and implement reforms within 120 days of taking office.

Toney: Josh Kaul is taking in thousands of less items at the labs, testing of thousands of less items, and taking longer to test in many categories, including DNA, in comparison to former AG Brad Schimel. This is despite having the same or more resources at AG Schimel. We need to make sure the lab employees are in person working and coordinating with prosecutors and law enforcement to allow for more items to be received and tested. The capacity is there to test more and do so more efficiently but the Attorney General’s leadership is missing.

As Attorney General, what would be your top budget priorities during your first year in office?

Jarchow: As a state representative, I gained first-hand experience crafting the state budget. When there is a change in administrations, there’s a quick turnaround in revising budget priorities for the next budget. I will hit the ground running immediately, prioritizing the public safety of all Wisconsinites. There is no time for on the job training, and we need an Attorney General who knows the process and is experienced in getting results.

Toney: Public safety is my top priority and I will work with our legislature to ensure we have added prosecutor positions, DCI agents and continue to evaluate the crime lab resources as science and technology evolve in public safety. I will also work with the legislature to bring back our Solicitor General’s Office to protect against government and agency overreach at any level of government.

Top 10 Wisconsin political stories of 2021 (based on what you, the readers, read)

2021 was another big year in Wisconsin politics. Sen. Ron Johnson said some things. Voters elected a new state superintendent. Gov. Tony Evers and Republicans clashed over mask mandates. Michael Gableman threatened to jail the mayors of Madison and Green Bay. Here are 10 political stories you, the readers, checked out in droves.

Since the start of the outbreak, Gov. Tony Evers has issued multiple public health emergencies and a series of related orders.

Sen. Ron slammed the impeachment over the weekend as “vindictive and divisive,” and possibly a “diversionary operation” by Democrats to distract from security lapses at the U.S. Capitol.

“I wouldn’t run if I don’t think I could win,” said Johnson, who is undecided on a re-election bid.

The board had previously not required masks in schools after some in the public voiced opposition.

With a new order announced, Republicans may be forced to start the process all over again to vote down the governor’s emergency order and accompanying mask mandate, but the most likely outcome appears to be an eventual court decision.

Fort McCoy officials acknowledge there were initial problems with food supply, but that and other issues are being addressed.

The idea is in its infancy and all options, including declining to pursue anything, are on the table.

Gableman has asked the court, which plans to take up the matter on Dec. 22, to compel the two mayors to meet with him.

Deborah Kerr said she has also voted for Republicans and tells GOP audiences on the campaign trail for the officially nonpartisan race that she is a “pragmatic Democrat.”