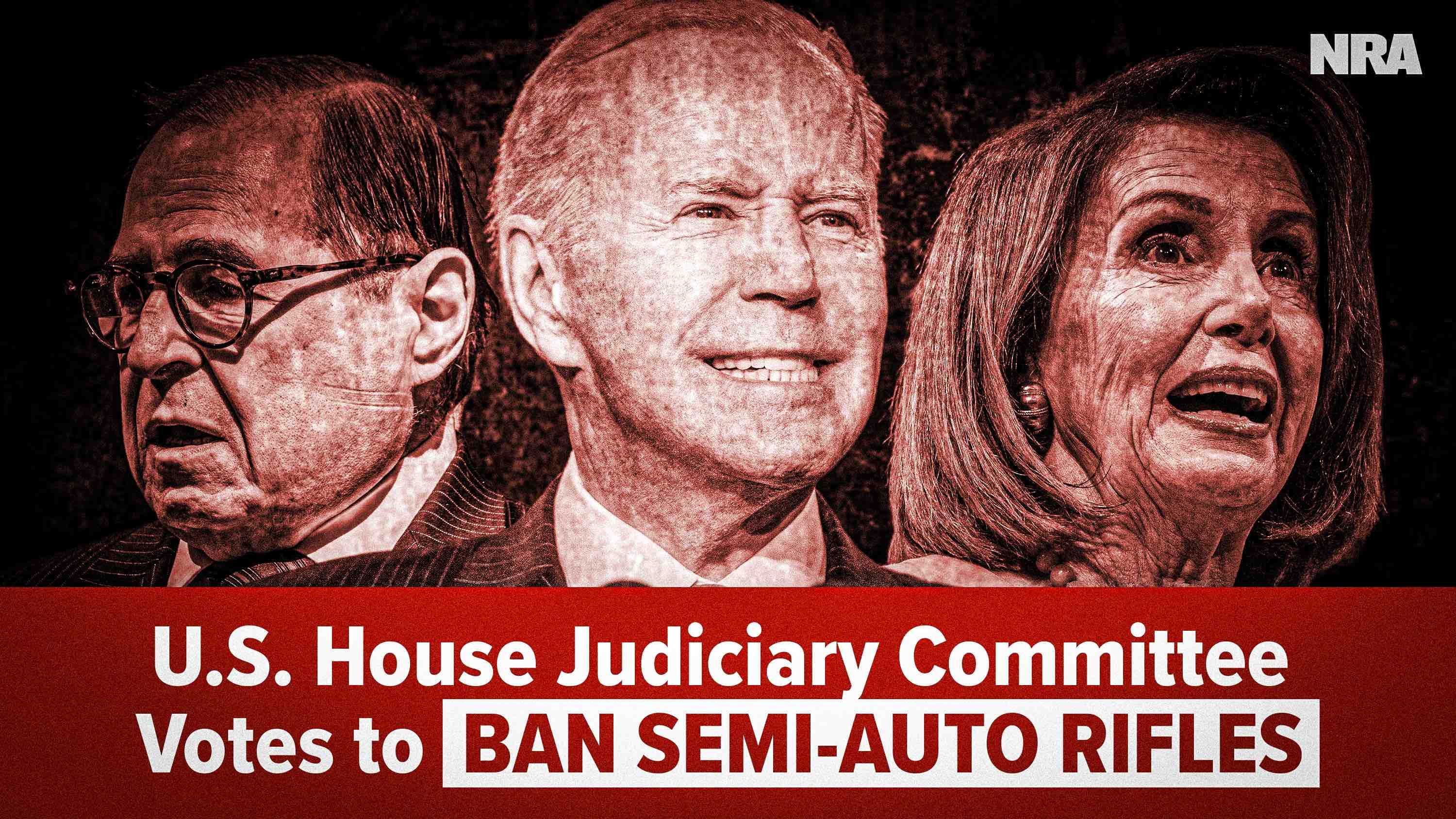 Yesterday, the U.S. House Judiciary Committee passed two egregious gun control bills, H.R. 1808, the Assault Weapons Ban of 2021 and H.R. 2814, the Equal Access to Justice for Victims of Gun Violence Act. It is highly likely that one or both of these bills could come up for a vote on the U.S. House floor in the coming days.

H.R. 1808, sponsored by Rep. David N. Cicilline (D-RI), suffers every major defect attributable to Congressional gun control legislation. Among its many provisions, the centerpiece of the bill is a sweeping ban on semi-automatic long guns (what it calls “assault weapons”), targeting what are in fact the most popular rifles in America today. The legislation would also ban standard-capacity magazines larger than 15 rounds (a marginal change from H.R. 1808’s original text to ban on magazines larger than 10 rounds).

This blatantly unconstitutional legislation would provide no appreciable benefit to public safety, while directly infringing on the rights of law-abiding Americans. Its most predictable effect would be to put the law on the side of predatory criminals and against ordinary people peaceably trying to live their lives.

H.R. 2814, sponsored by Rep. Adam Schiff (D-CA), would completely repeal the Protection of Lawful Commerce in Arms Act (“PLCAA”) and would make firearm trace data maintained by the Bureau of Alcohol, Tobacco, Firearms and Explosive (“ATF”) available to the public.

The PLCAA was enacted in 2005, with broad bipartisan support, to protect against frivolous and politically-motivated lawsuits aimed at bankrupting the American firearms industry, and, with it, destroying the right to keep and bear arms. The PLCAA prohibits lawsuits against the gun industry for the criminal misuse of their products by a third party. Suits against the industry for knowingly unlawful sales, negligent entrustment, and those predicated on traditional products liability grounds are still permitted. While it is often described as providing “extraordinary immunity” to the firearm industry, in fact, the PLCAA merely protects the firearm industry from attacks that attempt to expose it to extraordinary liability.

Additionally, H.R. 2814 would attack the firearms industry even further by seeking to allow the use of “gun trace information in civil proceedings”. The reality is such trace information is relatively useless for legitimate civil actions, and would be used merely for inflammatory and political purposes.

Again, there is a strong chance one or both of these bills will receive votes in the U.S. House in the coming days. Please take action today and respectfully ask your U.S. Representative to oppose this gun control legislation.