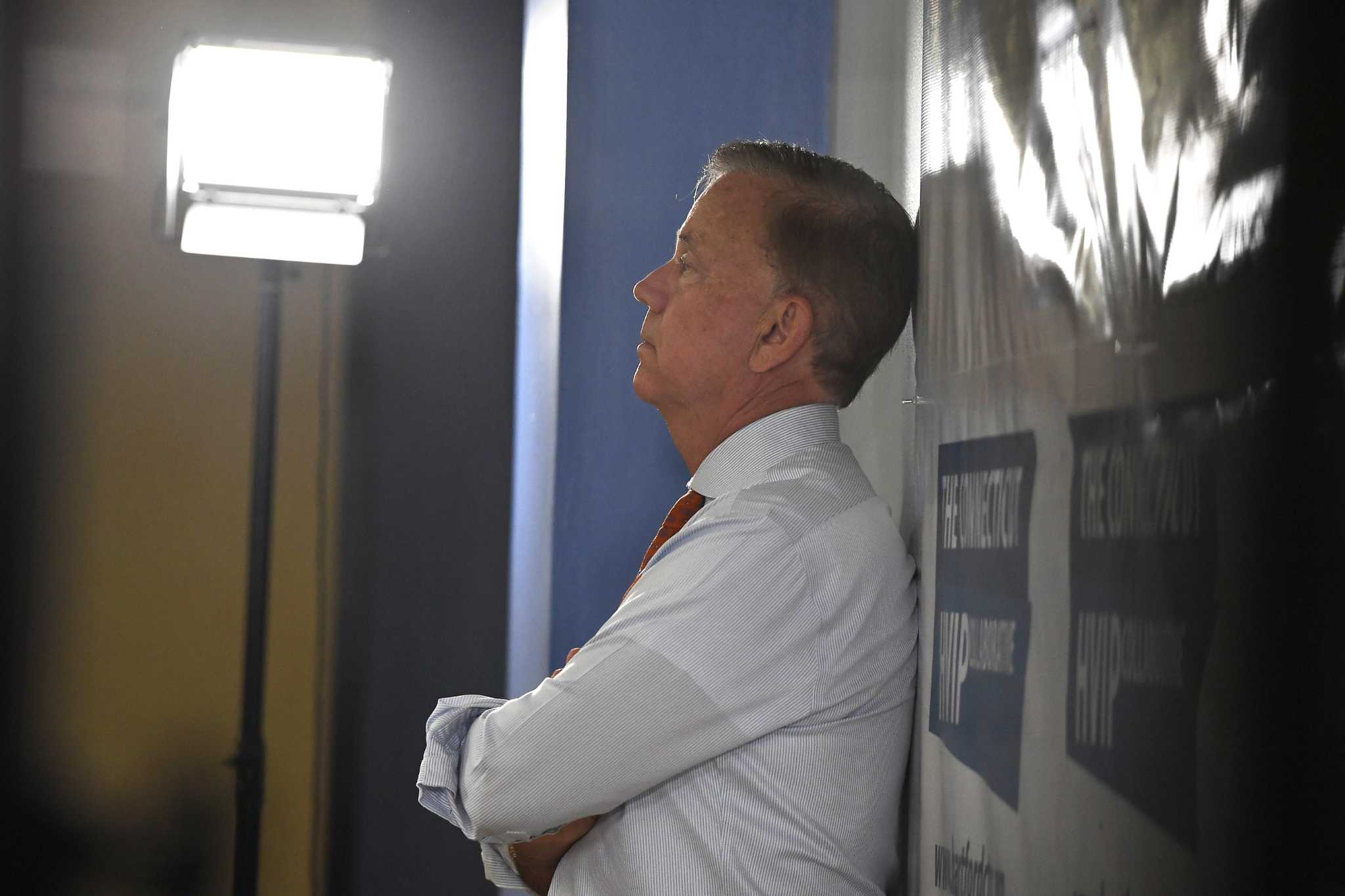 HARTFORD — On the campaign trail and in video clips plastered over social media, Gov. Ned Lamont has often framed his reelection fight against Republican Bob Stefanowski as a referendum over Connecticut’s stringent gun control laws that have been touted as a national model by advocates for over a decade.

In an exclusive sit down with Hearst Connecticut Media this week, however, Lamont said that he is running not only to defend the state’s existing laws, but to propose a new range of regulations on so-called ghost guns, assault weapons and the carrying of firearms in public.

If elected to a second term, the governor vowed to take a more aggressive approach to passing gun control measures that were largely stripped from his anti-crime bill earlier this year, even saying he would resurrect debates over policies that have rankled fellow Democrats in the past.

“I think our gun-safety laws would certainly be at risk,” Lamont said of the potential for a Stefanowski win in November. “And if I were reelected, I’d go right back to the legislature and say ‘There are too many of these illegal ghost guns on the street and I think at a minimum, I want them all registered.’ And by the way, I wouldn’t mind a cop being able to ask somebody who’s open carrying, ‘Can you show me your license to do this?’”

Stefanowski, who was supported by the National Rifle Association during his run against Lamont in 2018, has mostly tried to avoid the issue this time around by promising not to meddle with the state’s existing gun laws.

“Connecticut has the strongest gun laws in the entire country and that’s the way they should stay,” he said through a press release in May.

In addition to proposing new laws, the governor signaled that he would push harder on Democrats to get behind his efforts. Lamont said that hesitation among members of his party — particularly in southeastern Connecticut — contributed to his gun measures being stripped from the anti-crime legislation earlier this year.

Lamont’s support for legislation allowing police to stop anyone openly-carrying a handgun in order to request their permits also cuts against the beliefs of some lawmakers from the state’s largest cities, who have in the past condemned that approach over concerns about racial profiling.

When asked if he would be willing to get involved in a Democratic primary race to oppose a candidate hostile to his gun policies, Lamont initially said he would consider it — before backing off that stance a short while later in the interview.

“Even the Democrats that are more forgiving on illegal guns than I am because of the slippery slope argument — which I think is a false argument — they’re really good on a lot of other issues,” Lamont said. “And they tend to be on the moderate side of the equation anyway, which is sort of where I am.”

A campaign spokesman later clarified that the governor has a policy of not weighing in on Democratic primaries.

In other areas, Lamont suggested that he would not shy away from taking aggressive action on gun control.

When asked about the Supreme Court’s recent decision to strike down New York’s pistol permit law, Lamont said the ruling signaled a shift in the court’s approach to the 2nd Amendment that could threaten Connecticut’s existing gun regulations. He added, however, that the ruling would have little bearing on his approach to enacting new regulations on guns.

“I mean, you don’t necessarily want to pass a law that’s immediately taken to the courts,” Lamont said. “But maybe I don’t care. Maybe I just want to give it a go and challenge the system.”

Lamont inherited some of the most restrictive gun control laws in the country when he took over the governor’s office in January 2019.

Nearly a decade earlier, following the massacre at Sandy Hook Elementary School in Newtown, state lawmakers ushered in universal background checks, large-capacity magazine bans and registration requirements that were touted as some of the nation’s most effective laws at preventing gun violence. Under Lamont, lawmakers updated the state’s red flag law from the 1990s and passed new legislation mandating safe storage of guns.

Kerri Raissian, the director of the University of Connecticut’s Gun Violence Prevention Research Interest Group, said that Connecticut has remained a leader in preventing gun violence — as evidenced by the state’s low number of per-capita deaths caused by firearms — even as some states have enacted their own restrictions and others have gone in the opposite direction by making it easier to purchase and carry weapons.

“Connecticut has continued to get more restrictive, while other states have gotten more permissive,” Raissian said. “Connecticut is adopting laws that research indicates work to to reduce gun injury and death.”

Lamont began his reelection year with a straightforward message to Republican lawmakers hounding him over rising thefts and several high-profile arrests of suburban youths: “You’re not tough on crime if you’re weak on guns.”

Over the next several months, however, that message evolved as the governor’s ambitious package of gun-safety reforms ran into vocal opposition during public hearings, and Democrats and Republicans worked together to develop their own anti-crime bill that focused on increased policing, GPS monitoring of youths accused of repeated law-breaking and more uniform penalties for car thefts.

Ultimately, the bi-partisan package signed by Lamont included just one proposal on guns, requiring State Police to notify local officials if a resident fails a background check to purchase a firearm.

After a gunman murdered 21 children and adults at an elementary school in Uvalde, Texas, Lamont turned his focus back on guns — frankly telling supporters in May that “we could have done a better job in Connecticut.” Still, speaking to Hearst at his campaign’s offices in Hartford this week, Lamont defended the bipartisan legislation brokered with Republicans, saying they would have bolted from the deal had he insisted on leaving the gun control measures in.

“Crime is so politicized, I just thought having a strong bipartisan vote of support for the cops, criminal justice, judicial, and the wraparound services was worth it,” Lamont said. “Like Reagan said, I’ll come back and fight another day for the other stuff.”

If he is re-elected, Lamont said he does not expect to get another bipartisan nod of approval to tackle guns, noting that Republicans have increasingly focused on school security measures and arming teachers instead of enacting new regulations on gun ownership.

“If your only answer to guns is to put steel walls and steel doors in front of your libraries and churches and schools, you’ve lost the battle,” Lamont said. “Public safety has got to be a core fundamental right, people are playing games with it now.”