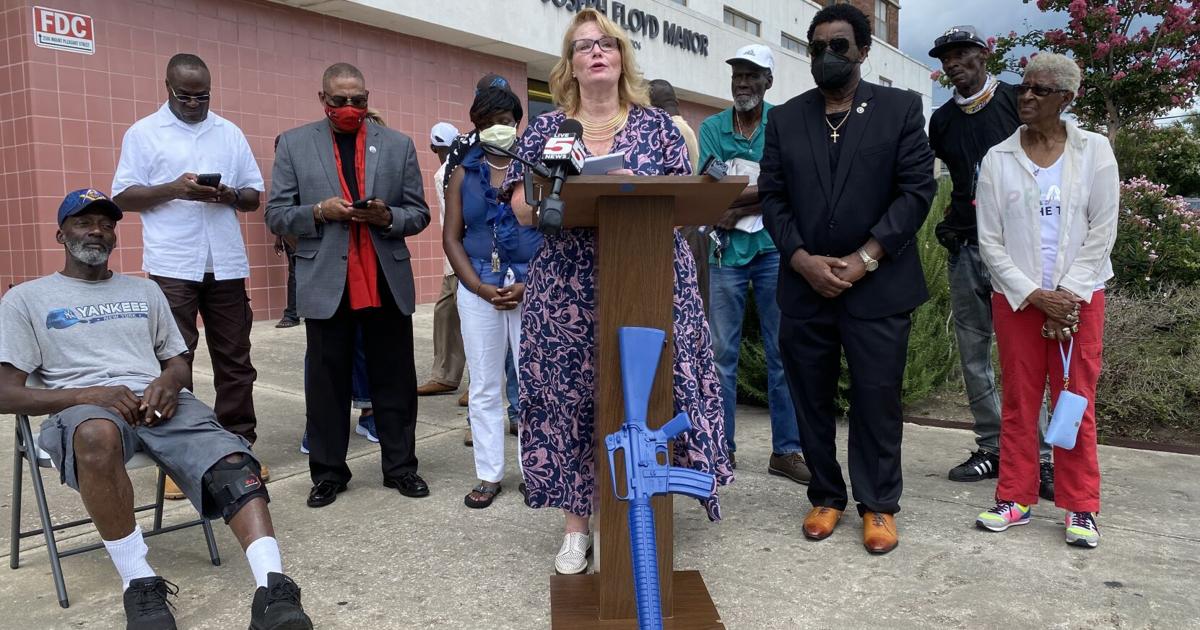 The bill would not only outlaw the future sale of such weapons but also require current owners to surrender them, said Gilliard, D-Charleston.

“I have never been more driven than I am today to continue my fight for gun control,” Gilliard said at a July 20 press conference in downtown Charleston.

Gilliard has proposed similar legislation in previous sessions of the Legislature with little success. He admitted his effort would face an uphill climb in the GOP-dominated, pro gun-rights General Assembly.

Still, he’s hopeful the bill will gain traction this time around in light of such weapons being used in a run of mass shootings across the U.S.

A representative of South Carolina’s most visible National Rifle Association group called Gilliard’s effort a stunt and an attempt to “stir the pot.”

Gilliard “needs to look at the number of Democrats in the House and Senate before he starts wasting time on stuff he knows will go nowhere,” said Gerald Stoudemire, president of Gun Owners of South Carolina, the NRA affiliate here.

Stoudemire said some of the guns Gilliard wants to confiscate are owned by the lawmaker’s fellow members of the General Assembly, so going after them would be futile, he said.

Get the latest political news from The Post and Courier in your inbox.

“There are millions of AR-15s in this country that cause no harm,” he added.

The semi-automatic, AR-15-style rifle is a civilian version of weapons favored by militaries. The rifles can accept high-capacity magazines to fire dozens of high-powered rounds without being reloaded.

The weapons are also a common feature of mass shootings. A gunman used an AR-15-style rifle May 24 to kill two teachers and 19 students at Robb Elementary School in Uvalde, Texas. The gun fired about 100 rounds in the space of three minutes, according to a report released July 17 by a Texas House committee.

Gunmen used similar weapons in other recent tragedies, including the mass shooting at a July 4 parade in Highland Park, Illinois, and the May 14 shooting inside a supermarket in Buffalo, N.Y.

A ban on AR-15-style rifles will not fix the entire “gun problem,” Gilliard said, but it would put barriers in place to “slow down the intentions of evil people.”

Schuyler Kropf contributed to this report.