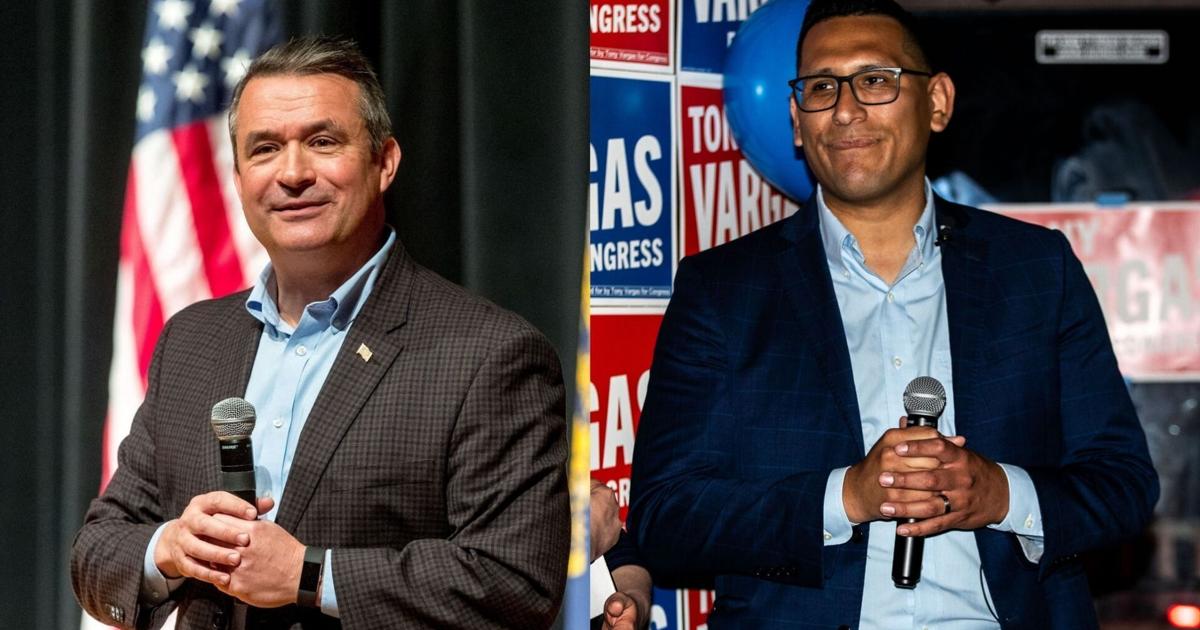 With the general election just under four months away, the candidates for Nebraska’s 2nd Congressional District are hitting the summer parade circuit and knocking on doors.

According to the latest campaign finance reports, Bacon ended the second quarter on June 30 with nearly $1.17 million in the bank, compared with Vargas’ $532,526.

Throughout this election cycle, Bacon has held the advantage when it comes to fundraising and spending, with $2.7 million raised and $1.7 million spent since January 2021. Vargas has raised a total of $1.6 million and spent $1.1 million since launching his campaign in July 2021.

“Our continued strength in fundraising reflects our strong support across the 2nd District,” Bacon said in a press release. “Nebraska’s 2nd District is one of the tightest in the nation and remains ground zero in the battle for control of the House.”

Vargas, a two-term state lawmaker representing an Omaha district, outraised Bacon in the latest quarter — a fact the campaign touted in a press release. In the reporting period spanning April 21 through June 30, Vargas raised nearly $144,000 more than Bacon. However, Bacon still outspent Vargas by about $51,000.

Randall Adkins, a political science professor at the University of Nebraska at Omaha, said he would expect an incumbent like Bacon to have at least $1 million cash on hand. Adkins said it shows Bacon takes his opponent seriously and the congressman hasn’t had to spend a lot of money.

Adkins said there is still time for Vargas to raise money and the $532,526 is a strong showing. Still, he said the state senator will need more money.

“The disadvantage is that when you don’t have cash on hand and you’ve got four months left in a campaign that means you have to spend time raising money, which means you’re not spending time campaigning,” Adkins said.

Adkins said the fact that Vargas raised more money than Bacon this quarter shows Vargas is a viable candidate but it also could show that outside groups, which otherwise would support Bacon, are choosing to spend money in races they see as more of a toss up.

The 2nd District includes Saunders County, western Sarpy County and all of Douglas County, including Omaha. Bacon has represented the district since 2017.

The World-Herald reached out to Bacon and Vargas to discuss the latest fundraising reports but both were unavailable. The Bacon campaign made their campaign manager, Derek Oden, available to discuss the reports.

Oden said the campaign expected Vargas to outraise Bacon in the period after the primary. He noted Kara Eastman, a Democrat who challenged Bacon in previous elections, did the same in 2020.

But Bacon did better than expected and currently has about $140,000 more than he did at this time during his last election, Oden said.

“We’re in a really strong spot we feel,” Oden said.

In the campaign’s press release, Vargas criticized Bacon for a nearly $5,000 contribution from the National Rifle Association which in the campaign finance report is dated May 31, days after 19 children and two adults were killed in a shooting at Robb Elementary School in Uvalde, Texas.

That contribution brought Bacon’s career total funding from the NRA to about $15,000, the Vargas campaign said.

Vargas also criticized Bacon for voting against two gun control bills that passed in the U.S. House of Representatives.

A screen shot of the check from the NRA provided by the Bacon campaign shows the date on the check as April 27 and the stamped postmark as May 19, indicating the check was sent before the May 24 shooting in Uvalde.

According to the Federal Elections Commission, the date a campaign actually receives a contribution is the date used for reporting purposes.

Oden said the NRA has given other members of Congress thousands more dollars than what Bacon has received and political contributions do not influence Bacon’s votes. Oden noted Bacon voted for the bipartisan infrastructure bill and a bill to protect same-sex and interracial marriages.

“If we cared about donations and money and toeing the party line he wouldn’t have voted for those two things,” Oden said.

It remains to be seen whether the recent mass shootings or the Supreme Court overturning of Roe v. Wade — which was credited for energizing Democrats during a recent special election in Nebraska’s 1st District — will remain on the minds of voters heading into November. Adkins said he doesn’t know what the impact of those two issues will be on the election.

“Whether it’s going to be the difference in winning and losing, I don’t think we’re going to know until the whole thing is over,” he said.