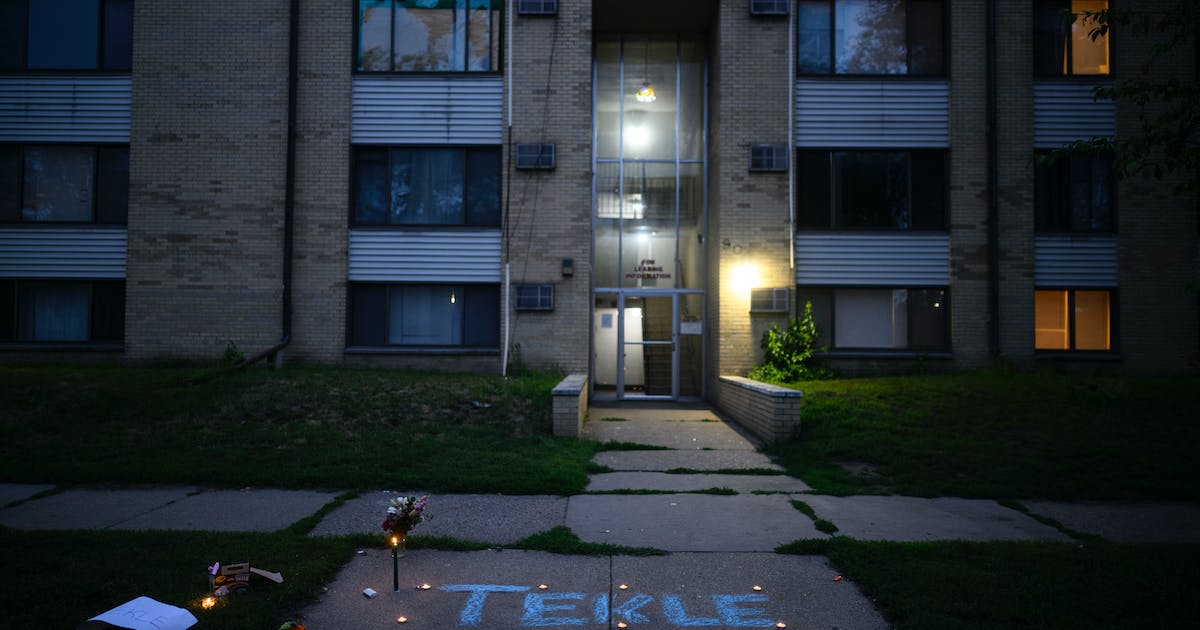 There is a shocking lack of official, critical and specific information surrounding the horrific killing of Andrew Tekle Sundberg (“911 call paints standoff scene,” July 19). Simply saying it’s an outcome no one wanted is shamefully insufficient.

After a standoff of six hours, someone must have concluded that the situation, always dangerous and threatening, had shifted to one that required an immediate shoot-to-kill order. Days after his death, I have yet to hear or read whose life was endangered and who decided at 4:30 a.m. the circumstances required deadly intervention.

One hopes that this critical information will be widely available soon. Without this, it’s hard not to conclude, as the activist Lavish Mack did: that if Sundberg “was a white person he wouldn’t have been killed … .”

Sundberg’s parents said that their son struggled with his mental health. If so, were they aware he had a gun? Where is the accountability of those in this vulnerable young man’s life to keep him safe from the harm that could come to him by having a weapon? Things have gone very, very wrong by the time someone starts shooting through walls in an apartment. Lives were seriously threatened by a man who suffered from mental illness yet somehow had a gun. This could easily have been the scene of multiple wounded and murdered victims because someone who was known to suffer from mental illness was able to have a firearm in his possession.

When will families accept accountability for their vulnerable members? The family has hired attorney Ben Crump. The woman with two children who came close to losing their lives at the hands of Sundberg might also hire Crump, for this woman will likely suffer, at the very least, from post-traumatic stress disorder the rest of her life.

This week, the NBC Nightly News reported that a 22-year-old carrying a handgun was able to shoot dead an active shooter inside a shopping mall near Indianapolis. The shooter was a 20-year-old who had not only a pistol but two assault rifles. So you see, this is a victory for the National Rifle Association’s position that the way to stop “bad guys” with guns is to have more “good guys” carrying guns, right? Not so fast! The news report went on to say that out of 464 attacks recorded between 2000 and 2021, only 24 were stopped by a bystander using a gun. That’s barely over 5%. Oh, and the shooter who was shot dead by the bystander in the shopping mall nevertheless had managed to first kill three people and wound a 12-year-old girl.

Rather than relying on the NRA’s “Wild West” solution, we should at least ban the sale of assault rifles, and further promote a culture in which no one has to carry a gun of any kind into a shopping mall.

In response to the piece from the doctors on survivors of gun violence, I would like to add my voice (“Fatalities are but one tragedy of shootings,” Opinion Exchange, July 19). It has been almost 50 years since I was shot, once in my jaw and once in my shoulder. I still have a body full of shrapnel and bone fragments, some resting on my spine, too dangerous to remove. I am partially paralyzed and have spent countless hours and dollars dealing with the ongoing effects of someone else’s right to own guns. Finding doctors to treat the issues that develop is almost impossible. You go from one specialist to another, not getting any real answers because they all focus on one body part. This not only adds up quickly but gets depressing, and you become even more disabled because it just seems insurmountable. Our “representatives” need to do just that, represent the majority of us who demand stronger gun laws, and provide funds for the medical care that goes along with being a survivor.

The letter to the editor on July 16, “Age alone is not disqualifying,” defies reality for any president of the United States. The letter equates normal common daily activities with being president of a global power. The amount of mental competence and physical rigor needed for being president far exceeds that needed for simply being an active older person. Certainly, for us older people, good thinking can continue well into old age, but stamina does not. It’s simply a medical fact. Truth be told, most of us find our thinking and memory slipping, too.

According to potus.com, the average age for presidents when they take office is 55. Assuming that they all serve two terms (which they don’t), they would be 63 upon leaving office. At 63, most leaders are at the top of their game. After 70-75, not so much. We need to face reality (or, as they say, “follow the science”) and set a mandatory retirement age for presidents — 70-75 would be reasonable.

With all the comments recently on capabilities with regard to age, would anyone like to comment on the lifelong appointments to the United States Supreme Court? The recent retirements/death in office are eye-opening. Justice Antonin Scalia — 79, Justice Ruth Bader Ginsburg — 87, Justice Anthony Kennedy — 82. Justice Clarence Thomas is now 74. How many years will he be still making decisions? Justice Stephen Breyer, at 83, is now going on to be a law professor at Harvard.

I feel this is a body of high-powered individuals making decisions that affect all the people of the United States. We have age requirements in many areas of employment. Shouldn’t we also look at the possibility that these are people who also face the same age-slowing of body and, more importantly, mind function?

Let’s give age limits to these folks, too.

Sorry to the writer of “Age alone is not disqualifying,” but his experience in life as a 70-year-old retiree does not qualify him as knowledgeable about the capabilities of an 86-year-old to meet the demands and stresses of the presidency. As a 93-year-old with aging experience, I can state with confidence that you will find that at each decade after age 70 imposes new greater limits on stamina, thinking, hearing and seeing with geometric, not linear, decline.

I’ve said it before in letters in the Readers Write column and I’m saying it again. This is directed to writers claiming that President Joe Biden is “cognitively impaired” because “he needs a teleprompter and cue cards” making speeches. Really? Do you and others really believe Republicans and younger Democrats don’t?

Making such an insensitive remark about Biden, who suffers from speech impediment, is discriminating against people suffering with a speech disability. If you don’t have one, you don’t know the difficulty of public speaking. I do.

Be careful with comments. It could happen to you. Just ask someone who had a stroke, has ALS, etc., etc. Will you say you’re “cognitively impaired” then?

FPC to U.S. Senate Judiciary Committee: Stay in your lane. Our rights are not debatable
Commentary: This Republican, NRA gun owner has had enough
Parents of Irish girl killed in school shooting says killer robbed her of ‘first kiss’ and left ‘crushing absence’
Schmitt and Busch Valentine will face off in U.S. Senate race after contentious primaries
Letter: Where is the Republican courage on banning assault weapons?