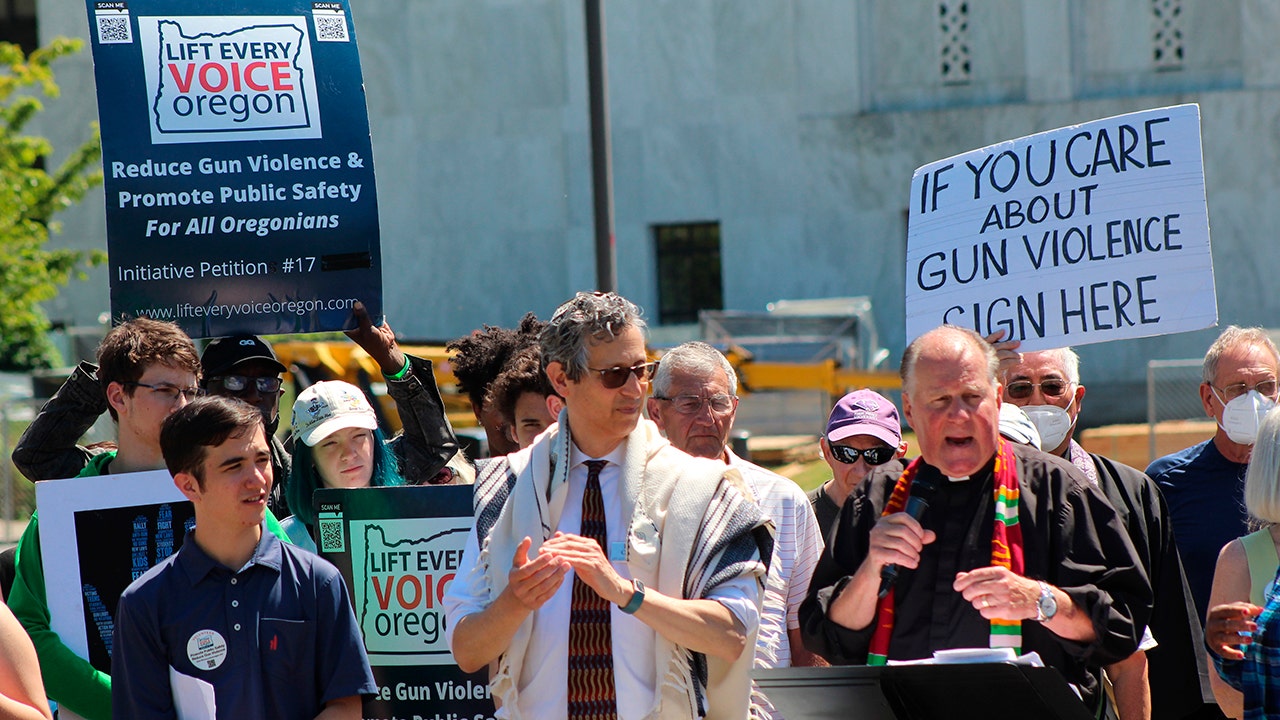 Oregon voters will decide on one of the nation’s strictest gun control proposals at the polls come November after the measure received enough signatures this week to qualify for the ballot.

Oregon Secretary of State Shemia Fagan’s elections division determined on Monday that Initiative 17, also known as the Reduction of Gun Violence Act, garnered enough valid signatures to qualify for the ballot during the general election scheduled for Nov. 8, 2022. Election officials said 131,671 signatures were validated, more than the minimum 112,080 that were needed.

The proposal had less than a third of the signatures required in May, but high-profile mass shootings at a Buffalo, New York, grocery store, a Uvalde, Texas, elementary school and the Fourth of July parade violence in the Chicago suburb of Highland Park, Illinois, sent volunteer and donations pouring in, with signatures ballooning by the end of June and into this month, Oregon Public Broadcasting reported.

The measure would ban large capacity magazines over 10 rounds — except for current owners, law enforcement and the military — and require a permit to purchase any gun. To qualify for a permit, an applicant would need to complete an approved firearm safety course, pay a fee, provide personal information, submit to fingerprinting and photographing and pass a criminal background check.

PORTLAND, SITE OF MASSIVE GEORGE FLOYD PROTESTS, HAS BEEN RAVAGED BY VIOLENT CRIME SINCE

Rev. Mark Knutson, right, chief petitioner of a gun initiative, speaks at a rally, joined by Rabbi Michael Cahana, center, outside the Oregon State Capitol in Salem before signatures are delivered to Oregon elections officials to get the proposal on the ballot on July 8, 2022.
((AP Photo/Andrew Selsky, File))

The state police would create a firearms database. Applicants would apply for the permit from the local police chief, county sheriff or their designees. The National Rifle Association’s Institute for Legislative Action has denounced the initiative, saying on its website that “these anti-gun citizens are coming after YOU, the law-abiding firearm owners of Oregon, and YOUR guns.”

“I was thrilled to hear the news and thankful for the 1,600 volunteers, of all ages” the Rev. Mark Knutson, a chief petitioner of the initiative, told The Associated Press Tuesday.

Knutson said he was heading to the world track championships in Eugene, Oregon, when he learned the news by phone. The pastor of a Lutheran church in Portland, Knutson said he responded with a prayer “for those who’ve been affected by gun violence in this nation, especially Buffalo, Uvalde and Highland Park, recently.”

“I signed it to keep our kids safe, because something needs to change,” Raevahnna Richardson said after she signed it last month. “I have a kid that’s going to be in first grade this upcoming season, and I don’t want her to have to be scared at school.”

Oregon – home to the liberal and notorious crime-ridden city of Portland that saw massive anti-police demonstrations and riots targeting federal property after the Minneapolis murder of George Floyd — appears to be the only state in America with a gun safety initiative underway for the 2022 election, The Associated Press reported.

Danielle Wallace is a reporter for Fox News Digital covering politics, crime, police and more. Story tips can be sent to danielle.wallace@fox.com and on Twitter: @danimwallace.

Supreme Court Signals It May Rein In Federal Rulemakers
Brian Kemp Slams Stacey Abrams for Something She Didn’t Do—but He Did
(Video) Iran: Appalling Record of Human Rights Violations in First Year of Raisi’s Presidency
First Look: Langdon Tactical HK Pistols
For NRA, gun control was once as American as the Fourth of July