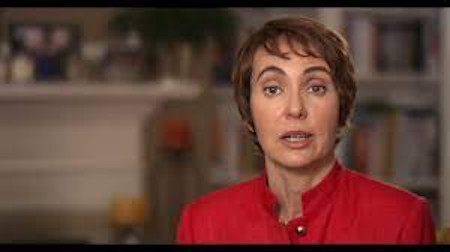 One of the survivors of the Tucson shooting was U.S. Rep. Gabby Giffords, a Democrat representing Arizona’s 8th congressional district. Giffords was shot through the head, leaving her in critical condition. Survival was improvable, yet miraculously, she recovered. Betsy West and Julie Cohen’s latest documentary Gabby Giffords Won’t Back Down chronicles the aftermath of a mass shooting.

Between January 2012 to July 4, 2022, upwards of 3,800 mass shootings have occurred in America. While West and Cohen’s documentary never discusses Highland Park, Uvalde, or any of the other 3,800 mass shootings, it is undoubtedly about them. Their anger is palpable, yet the documentary wisely chooses not to dedicate much of its runtime to the January 8 shooting, instead opting to focus on Giffords’ recovery, her family, and activism against gun violence. In doing so, attention is deliberately diverted away from the perpetrator, thus empowering the survivors. 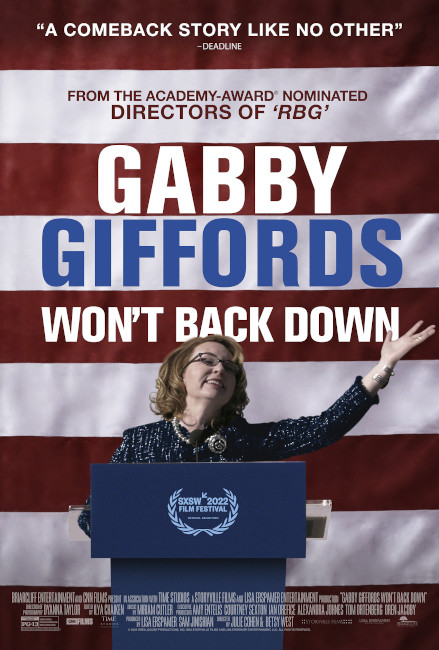 As directors, West and Cohen are unafraid to place blame upon the NRA, and the Republicans who refuse to enact common-sense gun laws. The film focuses on a family grappling with the tragedy of gun violence and their fight to regain normalcy. Specifically, much of the runtime is focused on Gabby’s marriage to her husband Mark Kelly, an astronaut and recently elected Arizona senator. The film is as much about the evolution of their relationship as it is about Gabby’s recovery. It serves as a reminder that the assassination attempt and subsequent harm will not dictate Gabby’s life.

Gabby Giffords Won’t Back Down explores the epidemic of gun violence. One of its most interesting elements is the interviews gathered for the documentary. President Barack Obama appears throughout, chronicling his friendship with the Giffords family, while wrestling with his views on gun reform legislation and its subsequent failures to pass under his administration. He states that after Sandy Hook, he struggled in his trust in American politics.

While the former president’s words come off as dour, he and the documentary crew remind us that hope must not be lost. Giffords’ story represents the belief in a better tomorrow. The documentary’s tone is like that of its protagonist: hopeful. Like Gabby, the film lacks cynicism. She continues to fight for what she believes in. Giffords’ story should serve as a beacon of hope for all Americans who believe that the battle to end gun violence is not yet lost.

Ben Friedman is a contributing writer at Highbrow Magazine.

What you need to know about Hawaii’s primary election
Escaping the Virus on the The Dead Trail – Overnight Adventure
Understanding The Semi-Auto Shotgun (2022)
Firearms banned at events with Florida Gov. Ron DeSantis, who has argued ‘gun-free’ zones are less safe
Best $30 Guided Field Sharpener by Worksharp