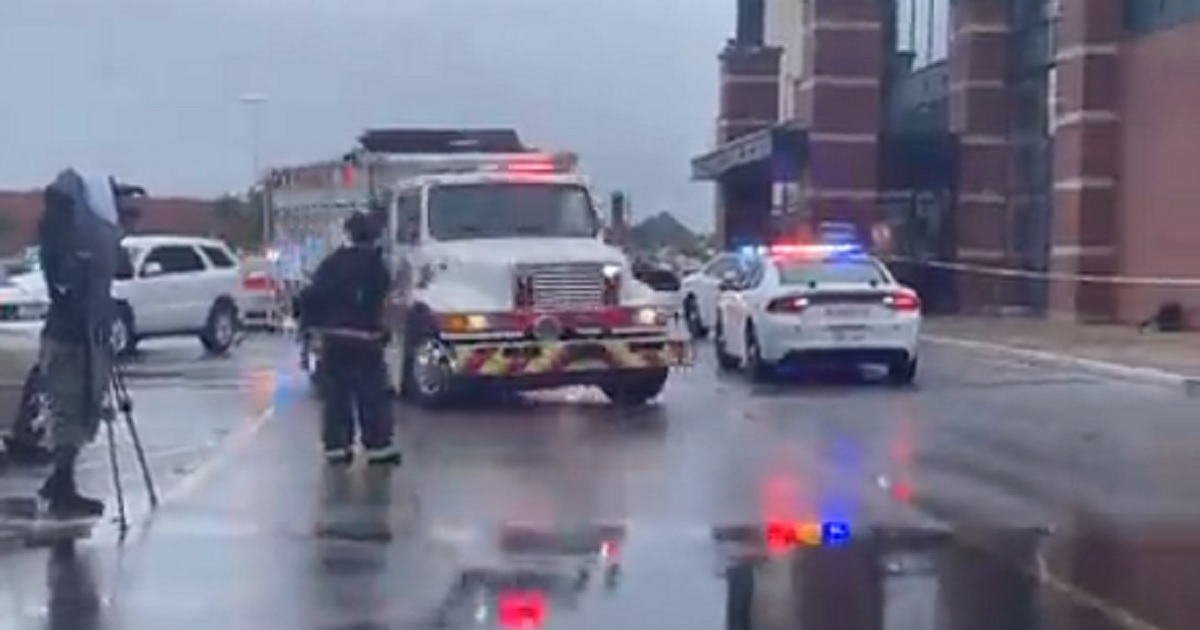 The gun grabbers couldn’t be more off-target if they were trying.

The morning after an Indiana mall shooting was stopped by a man police are calling a good Samaritan and normal Americans are calling a hero, the anti-gun nuts at Brady United Against Gun Violence were out with a social media post, displaying exactly why men and women who live in the real world have such a hard time understanding progressive causes.

And the backlash they got was brutal.

As most of the country knows by now, the carnage started at a mall in Greenwood, a city outside Indianapolis, when a man armed with a long gun began firing in the Greenwood Park Mall’s food court at about 6 p.m.

He managed to kill three victims, but was stopped cold when a man legally carrying a handgun shot him dead, according to news reports.

In a statement, according to WISH-TV in Indianapolis, Greenwood Mayor Mark W. Myers made the city’s feelings plain:

“As of now, we do not know the shooter’s identity or motive. We do know that someone we are calling the ‘Good Samaritan’ was able to shoot the assailant and stop further bloodshed. This person saved lives tonight. On behalf of the City of Greenwood, I am grateful for his quick action and heroism in this situation.”

That wasn’t quite the reaction of the Brady bunch.

In a Twitter post, the group’s president, Kris Brown, labeled the hero’s actions as part of a “Vigilante Safety Net.”

Here’s what we’re not going to do: continue to uplift the NRA myth of a “good guy with a gun.”

Let me be clear: If more guns made us safer, America would be the safest country in the WORLD.

“Here’s what we’re not going to do: continue to uplift the NRA myth of a ‘good guy with a gun.’

“Let me be clear: If more guns made us safer, America would be the safest country in the WORLD.

Actually, what we really need are sensible people in the United States who don’t let their fevered ideology blind them to physical, stunning reality. What we need are men and women who have the inherent decency to feel a sense of gratitude that there was, in fact, a “good guy with a gun” who was on hand Sunday to prevent an unspeakable crime from getting even worse.

Good Guy with a Gun: Legal Carrier Stops Mall Shooter ‘Almost as Soon as He Began’

Fortunately for the sake of the Republic, there appear to be plenty of such Americans out there, more than willing to rally behind the man who saved countless lives with his quick action.

Self-defense is not vigilantism.

I realize your job is to get more gun laws passed, rather than find solutions to gun violence, but calm down on the what we’re not gonna do.

In Greenwood, Indiana they call him a hero.

The gun-grabbers’ self-delusion didn’t stop with trying to smear heroism by a civilian as some sort of “Vigilante Safety Net.” The Brady extremists doubled down on their own duplicity by trying to link the mall shooting to a relaxation of Indiana’s laws governing open carry.

A gunman shot and killed 3 people and injured 2 others at a mall in Greenwood, Indiana.

This tragedy comes after Indiana repealed its requirement for a permit to carry a handgun in public, which went into effect July 1.

More guns in public spaces do not make us safer. https://t.co/LwQwSUoPPe

Police say at least two people are dead after a gunman opened fire at Greenwood Mall in Indianapolis.@GovHolcomb signed permitless carry into law in Indiana – over the objections of law enforcement – and it went into effect on July 1. #inlegis

Again, reality isn’t cooperating. The mall attacker wasn’t armed with a handgun. The man who stopped him was.

Do you consider the man who stopped the mall killing a hero?

Without getting into technical complications of concealed carry versus open carry or changes in Indiana law, what kind of mind would look at a killing involving a long gun and individual heroics and decide to attack the hero? And then try to do that with an argument that’s illogical on its face?

Reasonable men and women can discuss the public issues of the day and have differing views.

The Founders understood that, as the First Amendment shows. Generations of Americans have lived by that social contract ever since, as part of living in a free country. (Pro-life Americans worked within the system for half a century before the moral and legal travesty of Roe v. Wade was overturned, for instance.)

But progressives will have none of that anymore. And as the Twitter post by Brady United showed Monday, they don’t even bother trying to hide it.