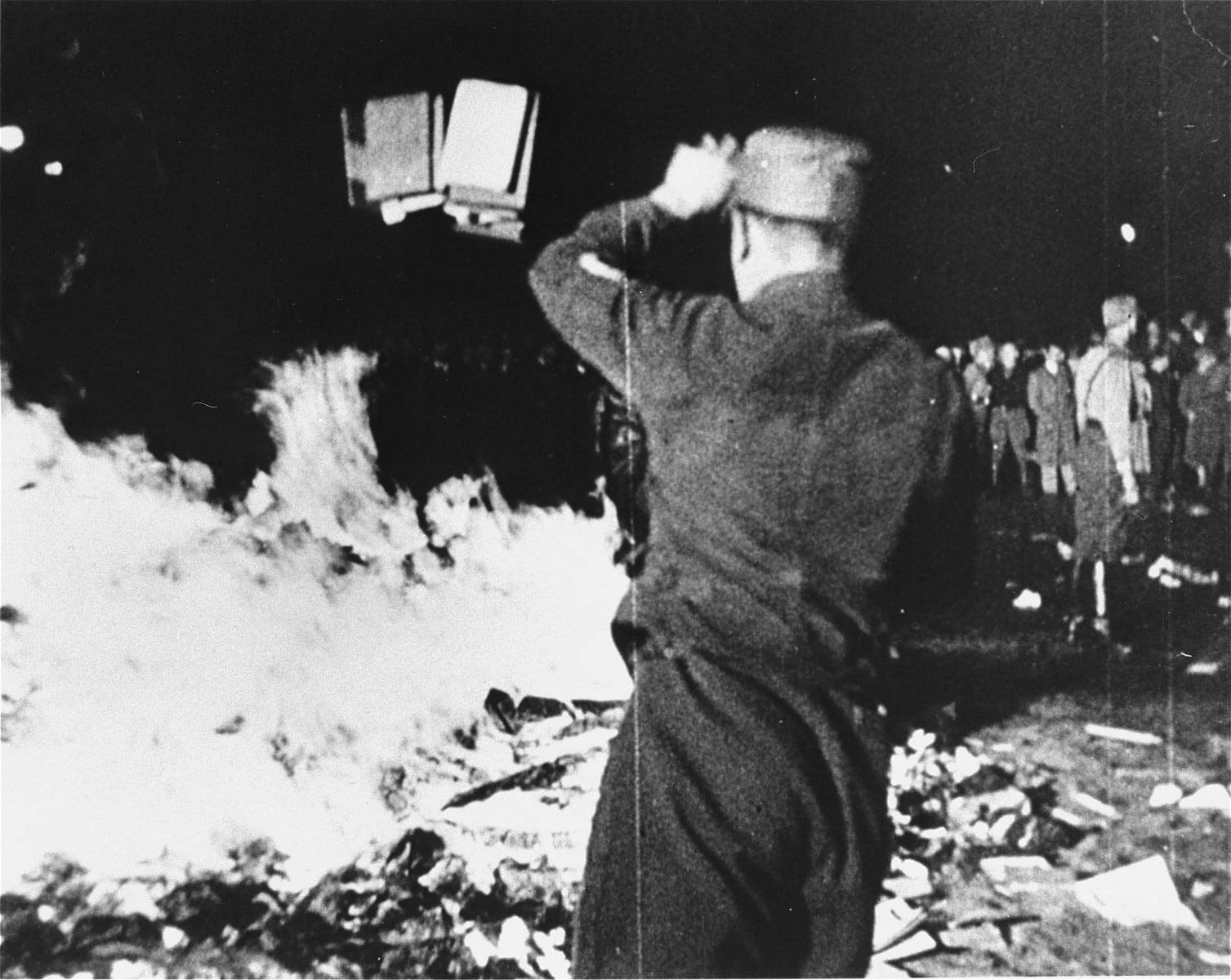 Russia is arresting teachers and students for speaking up (murmuring up?) about the war in Ukraine. Students in one school snitched on their English teacher and got her arrested. She faces 15 years in prison after her students sneakily taped her and gave the tape to police.

Not so different from an Arizona law allowing parents to sue teachers for “usurping” parents’ right to tell their kids what to think; or the Texas law offering a bounty of $10,000 to anyone who snitches on a neighbor or family, including a rape victim, who tries to get an abortion, or leave the state to get an abortion. Oklahoma is already enforcing a similar law, and a Missouri law awaits passage.

OK, so: If Republican states enforce these senseless punishments for trying to visit your friends, will we need a passport to travel from one state to another, as in the old Soviet Union?

This year China — that beacon of human rights — arrested more than 30 teachers and imprisoned at least seven of them and their school principal in Xinjiang province, but Xi Jinping would not say why, as the charges are a “state secret.”

Also in China, on July 4, researchers said they have developed a method to verify a person’s loyalty through facial scanning and a polygraph.

Emulating those great ideas, Florida Gov. Ron DeSantis signed a bill requiring faculty and students at state colleges to report their political views and affiliations to the state, or risk loss of funding.

DeSantis said this would prevent professors from “indoctrinating” their students with … well, he didn’t really say. Nor does the bill he signed, HB233, make clear what a teacher might be charged with.

That law does say, however, that it will “provide a cause of action against a person who publishes certain video or audio recordings; …”.

Are you kidding me?

Could that possibly be interpreted to mean anything the governor doesn’t like, or that puts him in a bad light, or could embarrass him or his campaign contributors?

Sure it could. Why’ntchya try it, governor? No chance that law could be tossed out for vagueness, Ayatollah, if you pack your courts heavily enough,

We all know, or have been told, that the Republican Party opposes intrusive government mandates. (You could look it up.*) But there are exceptions:

A new Texas law requires every bank and professional services firm wishing to employ workers in Texas to file statements that they will do business with the NRA and gun makers.

So if a young Christian family in Houston asks their financial adviser not to invest their money in Smith & Wesson, or Kalashnikov or Uzi: Can the financial adviser do it? Or could they both face charges, and loss of their business?

How does that fit into your “small government,” Ayatollah Abbott?

Why would you want to kick rich people and financial advisers out of Texas just because they don’t want to buy or sell guns?

You got any skin in that game, governor?

Also in Texas, state Rep. Matt Krause (R-duh) and his co-conspirators want to ban some 850 books from schools, as “pornographic” or “divisive,” or because they might make“students feel discomfort, guilt, [or] anguish,” because of race or sex, or … whatever they say next.

Here is the list of those 850 books, and some of those subversive writers:

“The Confessions of Nat Turner,” by William Styron, which won the Pulitzer Prize.

“Caste: The Origins of Our Discontents,” by Isabelle Wilkerson, recipient of a Pulitzer Prize and a National Book Award.

“The Handmaid’s Tale,” by Margaret Atwood — a novel.

“And Still I Rise; Black America Since MLK,” by Henry Louis Gates Jr., a Harvard professor.

“An Indigenous People’s History of the United States for Young People,” by Jean Mendoza.

“The Indian Removal Act and the Trail of Tears,” by Susan E. Hamen.

“Life, Death and Sacrifice: Women and Family in the Holocaust,” by Esther Hertzog.

According to PEN America, in the first nine months of 2021 Republican lawmakers in 24 states introduced 54 bills — PEN calls them “educational gag orders” — nearly all of them targeting race, history and biology. Columbia professor Jeffrey Sachs reports that the number has grown to 137 such bills in 35 states.

By waging this jihad, Republicans are seeking to raise a generation of ignorant children. As part of this plan, they are soliciting violence:

Librarians are being threatened, and teachers are quitting en masse.

Florida is 9,500 teachers short for the coming school year, according to the Florida Education Association. More than 450,000 Florida students may not have full-time certified teachers in their classrooms this year. Florida is also firing lesbian teachers.

Meanwhile in Virginia, a member of the state House has sued Barnes & Noble for selling books he doesn’t like.

In Tennessee, the Republican Statehouse passed a bill requiring public school librarians to submit to the Legislature a list of books on their shelves, for state approval. When asked what the schools should do with their banned books, Tennessee Republican state Rep. Jerry Sexton said, “I would burn them.”

Wow, Jerry! Like in Nazi Germany in 1933! And Russia and China today!

Republicans do not want our children to be educated. They want them indoctrinated and punished if they resist, as in Russia and China.

Republicans today have no interest in education or democracy. They are sadists, targeting teachers, students and above all women, who account for three of every four public schoolteachers in the United States.

Want to receive new op-eds directly to your inbox? Subscribe below.

‘Lock and load’: MAGA extremists lash out after Mar-a-Lago search
On abortion, a lasting political compromise might be impossible
State Legislatures Are Torching Democracy
The Bad and Good News About Trump’s Violent Supporters
BUSHCRAFT SKILLS: Build a Debris Hut #WithMe