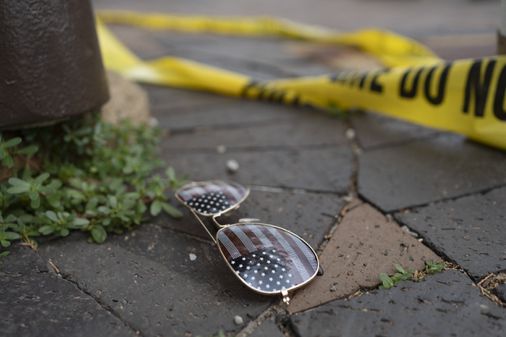 It’s a regular story after mass shootings: The young, male mass shooter who managed to get a gun despite any number of warning signs of violent ideation and proclivities. We see that now with Robert Crimo III, the suspected shooter who killed seven people and wounded two dozen more during a Fourth of July parade in Highland Park, Ill.

He had reportedly attempted suicide in April of 2019 and then, in September, had threatened to kill everyone in his household. One household member told officers he “was afraid to go home due to the nature of this threat.”

So why, as has been asked again and again, was he allowed to buy firearms, including two military-style assault rifles?

The answer there is relatively simple. Crimo didn’t trigger any of the tripwires in the federal law that would have resulted in a failed background check. He hadn’t been convicted of any crime, let alone a felony or a violent misdemeanor, or of drug use. He wasn’t the subject of a restraining order, and he hadn’t been involuntarily institutionalized or adjudicated as “a mental defective.”

Under federal law, if you don’t fall into one of those or a few other narrow categories, you pass your instant background check. (Although the new federal statute will open juvenile records to scrutiny, it does not expand the reasons someone under 21 can be rejected for a gun purchase.)

In Illinois, state police can deny one a gun license if a person is judged to present a clear and present danger, but Crimo, at least in the judgment of that agency, didn’t reach that level.

So could he have been prevented from buying the Smith & Wesson AR-15-style rifle he used in his murderous rampage? Those weapons are illegal in Massachusetts, as are high-capacity magazines. But even though they are legal in Illinois, this slaughter might well have been prevented if that state had a provision in its laws like Massachusetts does, requiring local police chiefs to perform a background check for prospective gun purchasers and would-be owners and giving them considerable discretion to deny that license based on a chief’s informed judgment about an applicant’s suitability.

“Police chiefs know their communities and they certainly know people who have had a potential for violence by the number of calls or interactions they have had,” said John Rosenthal, co-founder of Stop Handgun Violence and a leading gun-safety voice.

A police chief will generally determine whether his department has responded to incidents at the applicant’s address and if so, look further into them, says Northeastern University criminologist Jack McDevitt, who chaired the commission that fashioned the law.

“If a police chief followed the standards in Massachusetts, they would at least have done a more in-depth investigation of this person before they would grant them a license,” said McDevitt, “and I think the investigation would have turned up that this might not be a person that we want to give a license to.”

As for another example of the way that such police-chief suitability determination helps keep guns out of the wrong hands, McDevitt notes that during the commission’s work, they heard regularly that some towns have residents who get into arguments that escalate into physical fights with some frequency, often after drinking. “A lot of times nothing happens“ in terms of prosecution “but the police know who these people are,” he said. “That would be the type of person you wouldn’t want to have a gun.”

As an aside, though the recent US Supreme Court decision has strengthened gun-ownership rights, experts do not think the suitability provision of the Massachusetts gun statute runs afoul of the new high-court case law.

It is of course true that residents of strong-gun-law states can and do travel to states with weaker laws to buy weapons. That, however, is not an argument for weakening strong gun laws but rather for strengthening weak gun laws.

There is plenty of room for that. Only 12 states require licenses to purchase or possess firearms, emailed Ari Freilich, Giffords Law Center State policy director, and usually only for handguns. Further, only five or six give law enforcement authorities some level of discretion to deny firearms licenses to people “who are found likely to use a firearm unlawfully or dangerously,” added Freilich.

Granting a police chief that discretion tends to arouse the enmity of hard-core gun groups like the National Rifle Association and its state affiliates, but it is nowhere near as controversial as gun bans with everyday gun owners. After all, as McDevitt notes, responsible gun owners don’t want people who shouldn’t have a gun to acquire one.

So as lawmakers in other states cast about for approaches that work, they should look to Massachusetts, home to one of the nation’s most effective gun laws.

Scot Lehigh is a Globe columnist. He can be reached at scot.lehigh@globe.com. Follow him on Twitter @GlobeScotLehigh.