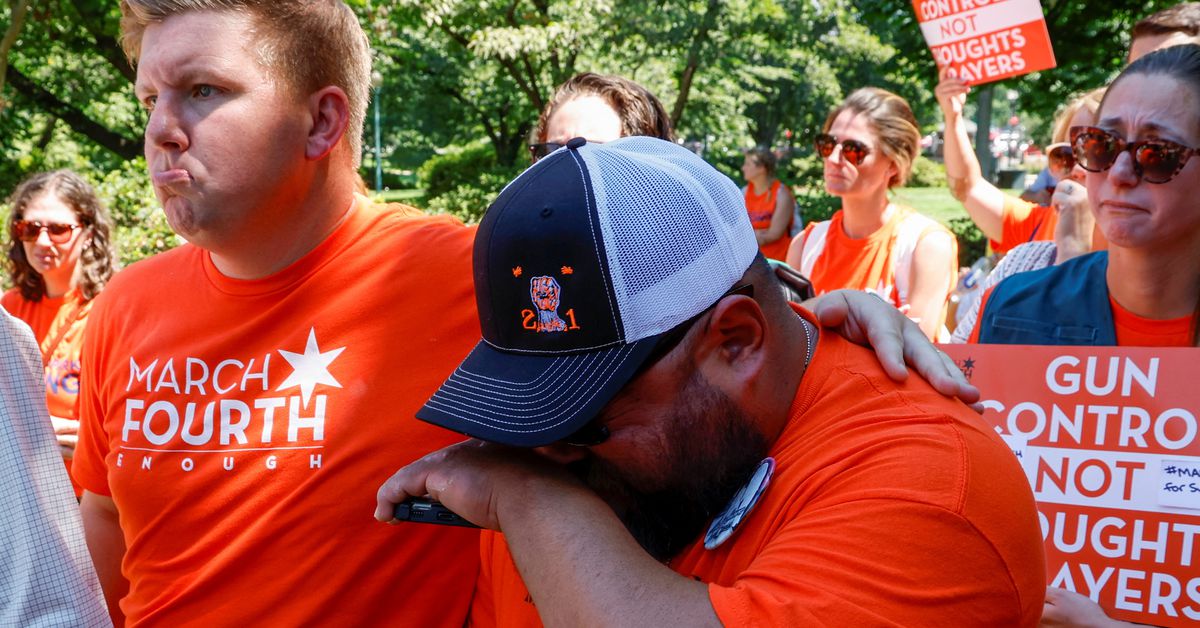 WASHINGTON, July 13 (Reuters) – A surveillance video showing a long delay by Texas police and federal agents before they acted to stop the mass shooting at Uvalde’s Robb Elementary School shows that their response was “indefensible,” U.S. Senator Ted Cruz said on Wednesday.

The publication of the edited video on Tuesday by the Austin American-Statesman outraged the families of the victims. They not only objected to having to see the minutes before their loved ones were gunned down, but also to witnessing the long delay before officers confronted and killed the gunman.

The leaked video shows 18-year-old Salvador Ramos crashing his pickup truck outside Robb Elementary School and entering the building carrying a semi-automatic rifle. The sound of gunfire is then heard for more than two minutes. read more

Police officers are seen arriving minutes later. They take cover at the end of a hallway leading to the two classrooms targeted by the shooter. Another 77 minutes go by before they storm the classrooms and exchange fire with him.

The video “is deeply, deeply concerning. We need answers and we need accountability as to what the hell went wrong,” Cruz, a U.S. senator from Texas, told Reuters. “The 70-plus minutes they waited, it is heartbreaking, and I think it is indefensible.”

Ramos killed 19 children and two teachers at the school on May 24. It was part of a string of mass shootings across the United States that have renewed debate over gun laws and mental health. Law enforcement officials have been roundly criticized for their handling of the rampage and especially for waiting more than an hour before confronting Ramos.

Cruz, a conservative Republican who is a strong supporter of gun rights, faced criticism of his own when he addressed the National Rifle Association’s annual convention just days after the shooting.

The senator told Reuters that information shared by authorities in the immediate aftermath of the shooting “is now proving to be over and over again demonstrably false.”

Texas Governor Greg Abbott had initially praised the police’s handling of the shooting and said they showed “amazing courage,” before admitting he had been misled about the police response.

A fellow rally-goer consoles Javier Cazares, whose daughter Jacklyn Cazares was killed in the mass shooting at Robb Elementary School in Uvalde, Texas, during the March Fourth rally against assault weapons on Capitol Hill in Washington, U.S., July 13, 2022. REUTERS/Jonathan Ernst

“It doesn’t really show the entire picture,” he told CNN. “The Republicans simply don’t want to show what we are really talking about, which is the awesome power of this AR-15,” referring to the weapon used by the gunman.

Parents of some Uvalde victims were in Washington, D.C., on Tuesday to meet with lawmakers.

Before the video’s publication, Texas State Representative Dustin Burrows, who chairs a committee that is holding hearings on the shooting, had planned to lead a private briefing on Sunday for the families of the Uvalde victims.

The session would have allowed them to see the surveillance video before it was made public and to discuss the committee’s preliminary report before the release of the information.

Those plans were upended by the newspaper’s publication on Tuesday.

“Who do you think you are to release footage like that of our children who can’t even speak for themselves, but you want to go ahead and air their final moments to the entire world?” said Angel Garza, whose daughter was killed in the shooting.

The newspaper said it published the video because its goal “is to continue to bring to light what happened at Robb Elementary, which the families and friends of the Uvalde victims have long been asking for.”