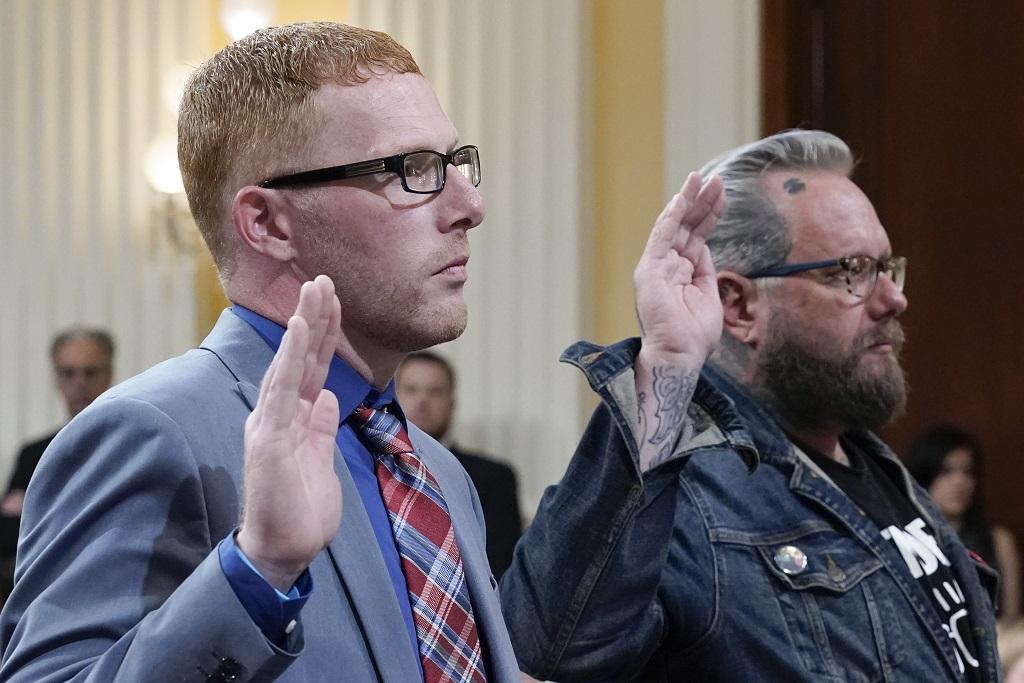 There are limits, Justice Holmes famously wrote, to free speech. There is no right, he declared, to shout “fire” in a crowded theater when there is, in fact, no fire.

Donald Trump, the January 6th Committee showed us in its hearing today, would have run afoul of Holmes’s strictures. Trump knew from his trusted aides, the Department of Justice, his Cabinet secretaries, and scores of federal judges that there was, in fact, no evidence of election fraud, and that he had clearly lost the 2020 presidential contest. He nonetheless persisted in telling his followers, who as he knew very well included armed and violent groups, that the election had been stolen. He asked them to come to Washington on the day that Congress tallied the Electoral College results to keep them from doing just that.

In short, he shouted “fire” to neofascists with guns and bombs, and if the conflagration overturned the election results and turned the Capitol and the Constitution into smoldering wrecks, well, that would just have to be the price paid for keeping him in power.

This latest hearing from the January 6th Committee jumped around a bit, from videos of recently deposed White House Counsel Pat Cipollone confirming much of Cassidy Hutchinson’s testimony in the committee’s previous session, to the testimony of one poor lunk who’d come to Washington to join the Trump protest, as well as the onetime media guy for the Oath Keepers, a far-right militia group.

The closest today’s session came to the smoking gun it’s been groping for all along came in messages sent through “secure” digital channels that the committee had been able to access. They showed that Trump’s plan for storming the Capitol had been made clear to the Oath Keepers and their ilk before January 6 rolled around. The committee displayed pre-January 6th tweets from My Pillow’s Mike Lindell and Ali Alexander, founder of the “Stop the Steal” group, in which they said Trump would order his crowd to go to the Capitol. Our homegrown version of Mussolini’s Blackshirts knew well in advance what Trump was going to say in his speech on the Ellipse, even though those passages were not in the written text and he’d kept that information from nearly all of his staff.

A similar revelation of what the far right was privy to came when the committee showed the White House schedule, including the tidbit that on January 5th Trump had spoken over the phone with Steve Bannon—just minutes before Bannon told his listeners that “all hell” was going to break loose the following day.

The day’s other revelatory display was that Trump’s tweet telling his legions to come to D.C. on January 6, and that it would “be wild,” came just hours after a nearly six-hour evening meeting on December 21st—one week after the Electoral College had met and made Joe Biden the president-elect—in which Cipollone and his deputy, Eric Herschmann, managed to deflect the plan that Michael Flynn, Sidney Powell, Rudy Giuliani, and a fourth character (more on him shortly) had presented to Trump during their unscheduled drop-in to the Oval Office.

Trump’s plan for storming the Capitol had been made clear to the Oath Keepers and their ilk before January 6 rolled around.

One feature of the plan was the suggestion that Trump order the Army to seize the voting machines in states that Biden had carried; another was that Trump designate Powell as a special counsel to “investigate” the fraud claims for which they’d been unable to find any actual evidence. By multiple accounts, the meeting’s shouting and invective was audible throughout the West Wing.

It was immediately following the meeting, when it became clear to Trump that the Gang of Four’s action agenda couldn’t be realized without a major upheaval, that he issued his invitation to his de facto militia to come on down to D.C. on the 6th.

The fourth horseman of the Trumpocalypse who presented that plan to the president was former Overstock CEO Patrick Byrne, who apparently was the evening’s understudy for Mike Lindell in the role of Crackpot Business Guy. Byrne’s previous claim to fame had been his affair with convicted Russian spy Maria Butina, the notorious infiltrator of the National Rifle Association and other Republican appendages. At the time, Byrne had contended that his affair, somehow, was actually the handiwork of the FBI as one element of the deep state’s plan to undermine American values, just in case you were questioning Byrne’s bona fides for being in that December 21st meeting.

We shouldn’t be at all surprised that Trump’s bench, as it were, included such fringe characters as Rudy, Sidney, Pat, and Mike. At the 2016 Republican National Convention—before Trump had cowed the Republican establishment to bow to his every megalomaniacal wish—the speakers trotted out to fill the time allotted by testifying to Trump’s merits, such as they were, had to be drawn from the actual existing Trump world. They came, disproportionately, from Atlantic City casinos and dubious business ventures; they were a cavalcade of tin-pot demagogues and con men on the make. When Trump’s in a pinch, the lumpen rich, the violent right, and the addled Foxophiles can be counted on to sink to his defense. As Kevin McCarthy and Rupert Murdoch can be counted on to give them cover.

As the session closed, the committee’s most effective member, neocon-on-leave Liz Cheney, informed us that one prospective witness, who’s yet to appear, had gotten a phone call from the Donald himself shortly before his or her testimony was supposed to be taken. If they can’t nail Trump for treason, Cheney must be figuring, there’s always suborning perjury. The unspoken conclusion to fully half of Cheney’s sentences is “Merrick Garland, are you listening?”