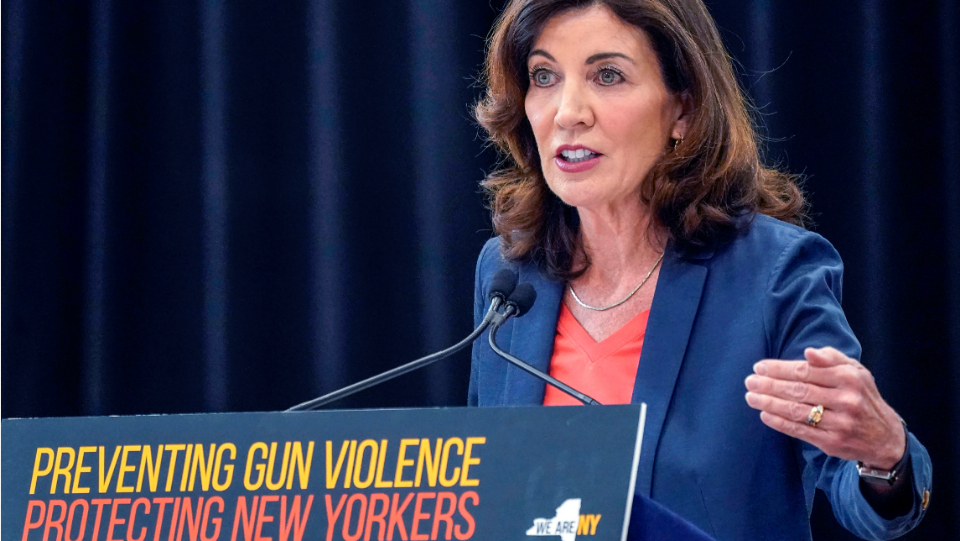 The state’s first female governor, Kathy Hochul, convened a special session of the state legislature at the end of June in response to the Court’s rulings of the prior week. She originally called the session after the June 23 overturning of New York’s law requiring gun owners to show “proper cause” in order to carry concealed handguns outside their homes.

When the Court overturned Roe v. Wade the next day, Ms. Hochul expanded the agenda to include protecting abortion rights.

“Reckless and reprehensible” is how Hochul described the 6–3 decision in New York State Rifle & Pistol Association Inc. v. Bruen. Immediately after that ruling, she said she was “working around the clock with our partners in the legislature to craft gun safety legislation in response to this ruling that will protect New Yorkers.”

Democratic supermajorities in the Assembly and Senate predictably triumphed in a marathon session, and Hochul signed the bill into law the next day. With few exceptions, anyone carrying a gun into a range of locations can be charged with criminal possession of a firearm. The venues include schools and colleges, hospitals, subways, parks, sports arenas, government buildings, places of worship, subways, anywhere alcohol is served, and other places. Exempt are police officers, security guards, active-duty members of the military, and some other government employees.

Conceal carry licenses will be granted only after special interviews, character references, analysis of social media accounts, and submission of family member or housemate contact information. Special firearms safety training is also required. Licenses will be prohibited from those with various prior convictions. All details can be found here.

There was widespread agreement among Democrats and gun safety/violence prevention organizations that the Court was tone-deaf in its concealed gun ruling.

The ruling was “out of step with the bipartisan majority in Congress that is on the verge of passing significant gun safety legislation, and out of touch with the overwhelming majority of Americans who support gun safety measures,” said John Feinblatt, president of Everytown for Gun Safety.

New York City Mayor Eric Adams, a centrist Democrat who retired as a police captain, was similarly critical. “The opinion claims to be based on the nation’s historical past, but does not account for the reality of today, Adams said. “It ignores the present and it endangers our future.”

The contrast with Republicans was clear

Rep. Lee Zeldin (R–NY-1, Suffolk County), who won his party’s primary for governor, was “proud to sign on to the amicus brief” supporting the decision. Rep. Elise Stefanik (NY-21, North Country) praised the ruling and blasted what she called the state’s “shameful attempt to shred Second Amendment rights.” The National Rifle Association celebrated that arms could be carried anywhere. “The Court affirmed that the right to bear arms does not stop at a person’s front door,” it said.

The bill passed the State Senate on party lines: all 43 Democrats YEA, all 20 Republicans NAY. In the Assembly, 90 of the 107 Democrats voted affirmatively. The chamber’s 43 Republicans, joined by nine Democrats, voted against. Absent were eight Democrats.

Reactions to the overturning of Roe v. Wade repeated the two-party divergence.

“This is really undoing 50 years of precedent and we are back again in a place where we are talking about women’s health care, reproductive health care in a legal context,” said State Assembly Member Karines Reyes (D–Dist. 87, the Bronx), back when the majority opinion was leaked. Reyes, a registered nurse and chairperson of the NYS Bipartisan Pro-Choice Legislative Caucus, knows that reproductive health services go way beyond merely providing abortions.

In disagreement was Andrew Giuliani, who finished second in the GOP primary behind Zeldin. “As a pro-life New Yorker, I celebrate the Supreme Court’s reversal of Roe vs Wade,” he tweeted, adding that it was part of the “enduring legacy of President Donald J. Trump.”

The special session passed an Equal Rights Amendment to the state constitution. If eventually approved, the State Constitution will guarantee the right to have an abortion and to access contraception. Furthermore, it will prohibit discrimination on the basis of race, ethnicity, national origin, disability, gender identity and expression, sexual orientation, and pregnancy.

Why such a broad amendment instead of a simple law guaranteeing the right to an abortion? Precisely because Justice Clarence Thomas is advocating that the Court overturn rights to contraception, same-sex relations, and same-sex marriage.

Finalizing the amendment will take time. Two separately elected legislatures must pass it. Then, voters must approve it in a referendum. The special session was the work of the legislators elected in 2020. In the November elections, every seat in both chambers will be up, and it is all but certain the 2023 session will be the second legislature to approve the amendment. If the schedule proceeds according to plan, voters in the 2024 presidential election will have the referendum question on the ballot.

Andrew Giuliani also called the overturning of Roe “a victory for states’ rights.” Perhaps so. But proceed with caution. The extreme right has always used “states’ rights” as a synonym for more local, and thus more democratic, rule. An examination of Jim Crow segregation shows how nonsensical that idea is.

Besides, what kind of a democratic country allows or bans abortion based on the region in which one gets pregnant?

Moreover, the NRA celebrated the concealed gun case precisely because it does not allow state’s rights. The problem with U.S. Senate legislation is that Second Amendment “freedoms should not be left to ‘unguided’ discretion of state and federal officials,” the gun lobby’s arm said.

Clearly, the extreme right preaches the glories of “state’s rights” when it is convenient and ignores it when it is not. Hopefully, voters will see through the confusion in November, in New York State, and throughout the country. 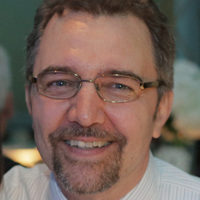