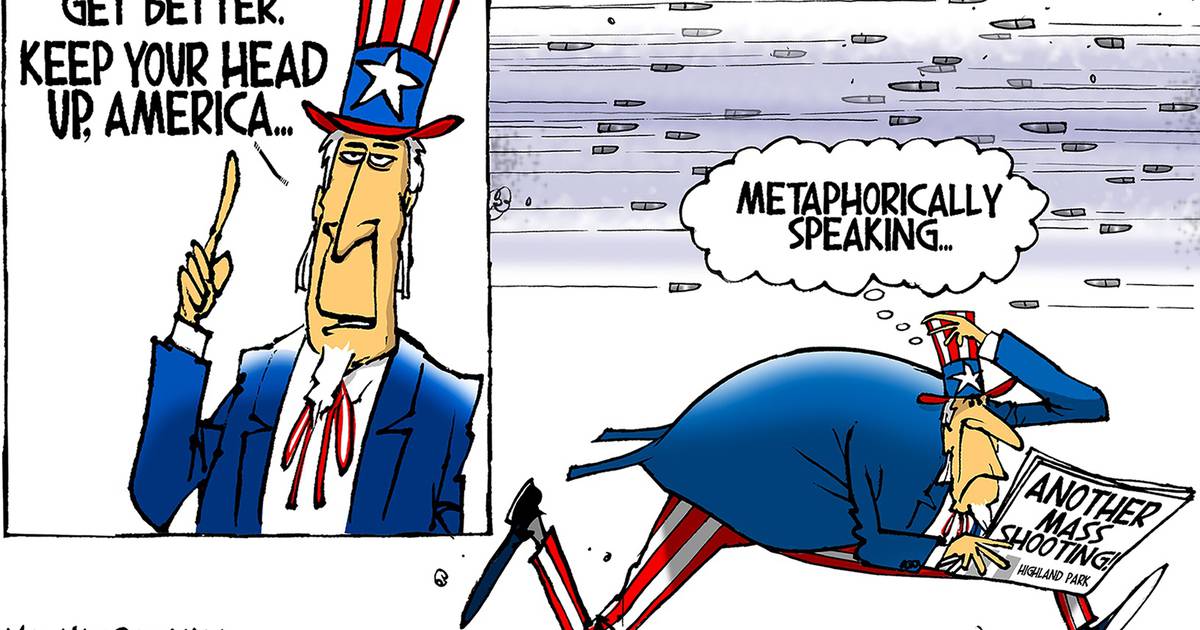 Speak Out is a reader-generated column of opinions. If you there’s something you’d like to comment on in Elgin or beyond, send an email to ksorensen@tribpub.com. Please include “speak out” in the subject line.

Unsympathetic response: “A lot of panic. A lot of fear.” While Gov. JB Pritzker’s response to the Highland Park mass shooting was quoted in stories, the GOP gubernatorial nominee’s reaction was missing. Here’s what state Sen. Darren Bailey said: “Let’s pray for justice to prevail, and then move on and let’s celebrate the independence of this nation.” Bailey’s reaction came less than two hours after someone opened fire on the July 4 parade. He later released a statement apologizing. Too little, too late.

Can’t shut him up: Clarence Thomas, who remained mute for all those years that Antonin Scalia acted as his puppet master, suddenly can’t shut up. Even worse, his comments are meant to intimidate anyone who finds his conservative bias unworthy of a Supreme Court justice.

GOP backing wrong horse: I think the Republicans just shot themselves in the foot. They have a tendency to do that. Gun laws and Roe v. Wade might be applauded by the Proud Boys, but many people disagree, especially women. Let me remind them of the days when women burned their bras and played the song “I Am Woman” by Helen Reddy. In regard to gun laws, the Proud Boys may think we are softies, but we don’t get sidetracked by the almighty NRA and all their political contributions and the power they hold over the Republicans.

We’ll be paying: The headline in the paper is that Walgreens joins the fight for the right to abortions to offer travel benefits for some workers seeking the procedure. Wow, tell me that isn’t going to increase the price of everything at Walgreens. Don’t think I’ll be shopping there in the near future.

Please explain: On a recent drive to New York, not having enough chips like Energy Secretary Granholm to get an electric car, I used my gas-powered vehicle. Leaving Illinois, gas was $5.84. I paid $5.05 in Indiana, $4.95 in Ohio and Pennsylvania, and $4.85 in New York. On the return, I found $4.61 in Ohio before coming back to $5.84 in Illinois. Would you Bidenettes explain, is the price in Illinois because Putin has greater influence here or is it simply the people who run Illinois?