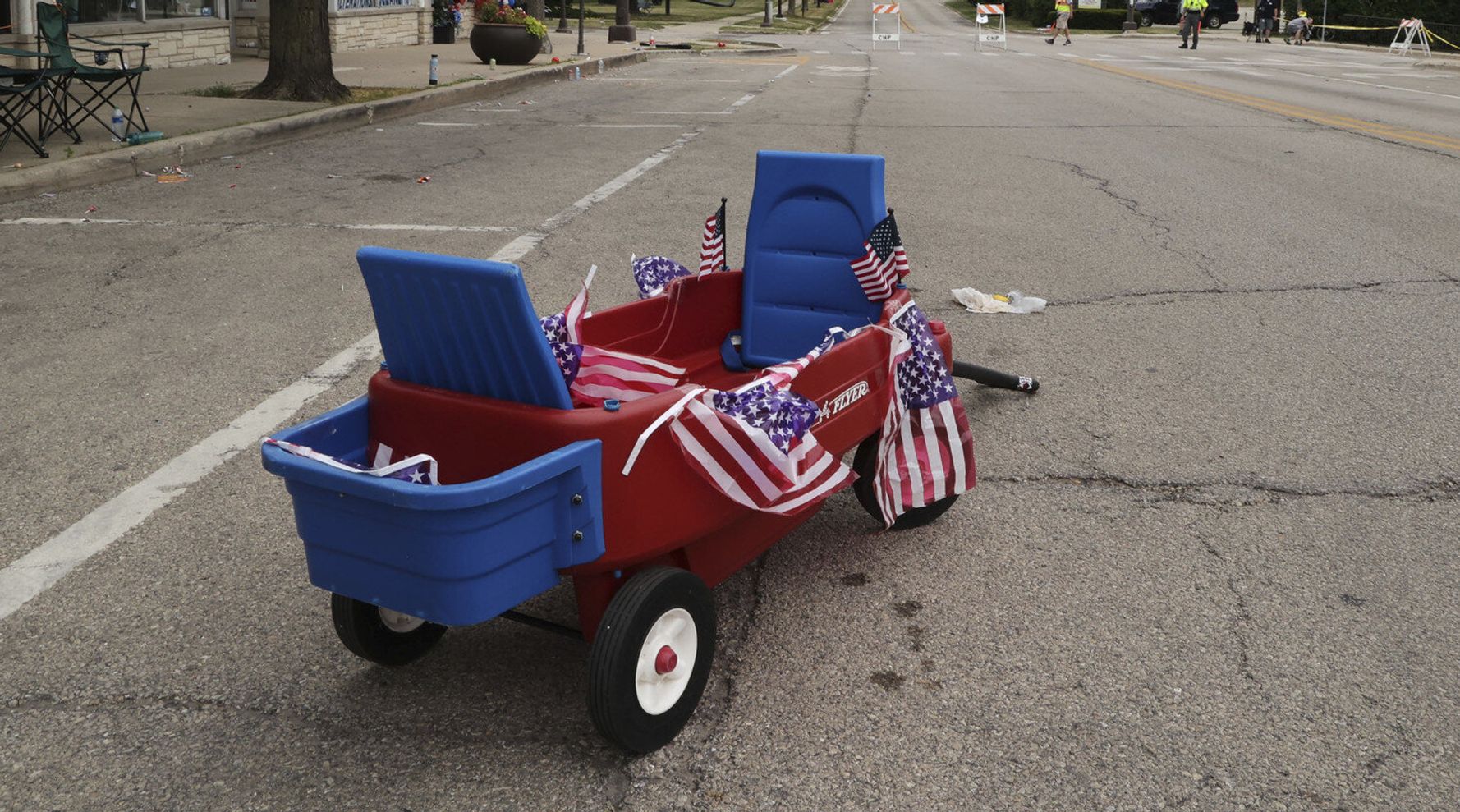 “The only reason you’re celebrating Independence Day is because citizens were armed,” said the tweet, posted early in the day and still up Monday evening.

In Highland Park, Illinois, at least six people will never again celebrate July Fourth because they were killed by a lone “armed citizen,” who, according to police, fired from a rooftop into a Fourth of July parade. Dozens of others were injured.

The NRA tweet remained up while residents of the town were sheltering in place during the manhunt for the shooter.

The only reason you’re celebrating Independence Day is because citizens were armed. #FourthofJuly

A tweet by another lobbying group, the Gun Owners of America, was possibly even more tasteless.

“This long weekend brought to you by armed citizens,” gushed the message. The organization either wasn’t aware that other citizens’ holiday weekends had been permanently terminated — or didn’t care.

Independence was brought to us by “regulated militias”, not by random people who cannot pass background checks.

Meanwhile, state Sen. Darren Bailey, the GOP nominee for Illinois governor who was recently endorsed by Donald Trump, suggested in a video after the shooting that people “move on and celebrate the independence of this nation!”

As people waved campaign signs for Bailey in the clip, he did suggest praying for the families of the victims and law enforcement.

After serious blowback, Bailey’s office released a statement from the politician saying: “I apologize if in any way we diminished the pain being felt across our state today.”

“I am heartbroken by today’s tragic events and the pain and loss felt by so many. My intent was to pray for the victims and those affected by today’s tragedy and for the shooter to be caught and prosecuted without further loss,” the statement read.

In 2020, Bailey’s team held a fundraiser featuring a raffle for a semi-automatic rifle, Vice reported on Monday.

At Least 6 Killed In Shooting At Fourth Of July Parade In Highland Park, Illinois

At Least 7 Killed In Shooting At Fourth Of July Parade In Highland Park, Illinois

These Are The Victims Of The July 4 Highland Park, Illinois, Shooting