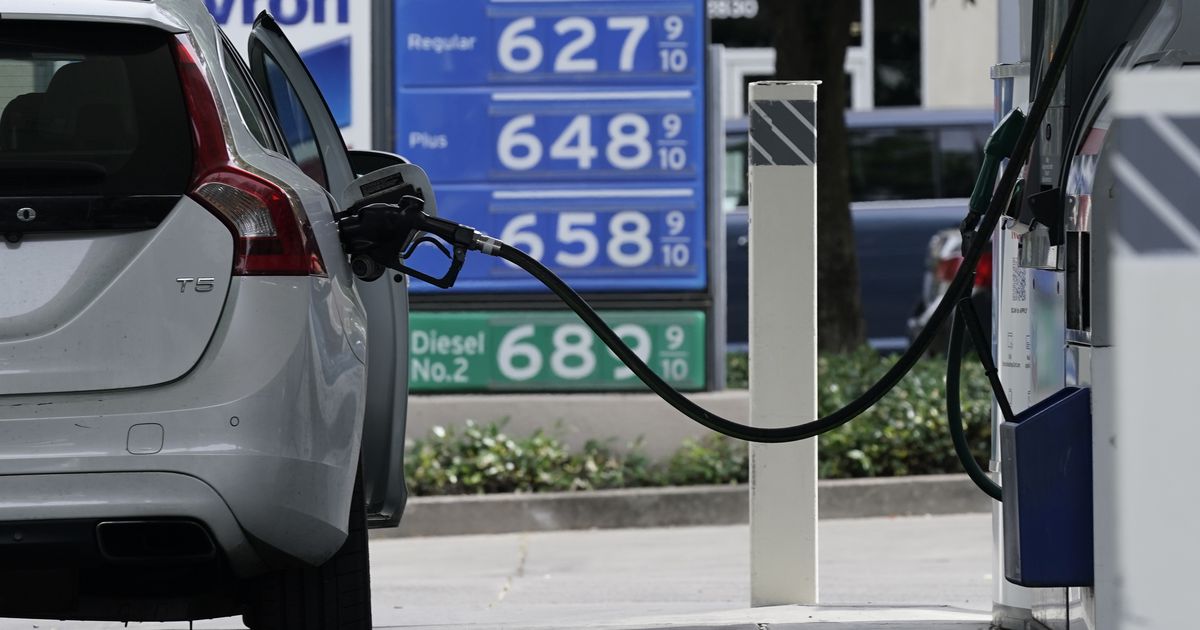 Perhaps we can all cut back?

Rhetorical question: Are you unhappy with today’s gasoline prices? Then why not do something about it? Oil companies aren’t going to help us. Despite political posturing from both parties, there’s really not a lot the government can do. Supply and demand always trump political talking points.

But there’s a simple solution if Americans just muster a bit of self-discipline. Drive less (and while you’re at it, check your tire pressure — too little air pressure sucks the miles right out of miles per gallon). Don’t go shopping if you can buy online. When you do go out, plan ahead so you can do in one trip what you might have been doing in two or three last year. Vacation closer to home.

This isn’t rocket science. The equation is “Fewer total miles driven = less gas used = lower demand = prices at the pump dropping in short order.” And lower gas prices reduce inflationary pressures on everything else, from houses to hot dogs.

During World War II, our grandparents cut back on everything from tires to coffee (not to mention gasoline). Helped them win the war. Any reason we can’t do a little of the same?

Re: “Governor, take school shootings seriously — Here’s my plan as a teacher, Republican and gun owner,” by Betty Gail Wood-Rush, June 21 Opinion; and “He turned in his AR-15 to the police — NRA member, Army vet and retired teacher urges Congress to reform gun laws,” by Richard Small, June 23 Opinion.

I want to thank The DalIas Morning News for publishing the opinions on gun violence by Wood-Rush and Small. Both people are real Texans with conservative values. Both are gun owners.

Wood-Rush is a teacher and Republican. Small is ex-military, a National Rifle Association member and a retired teacher. Both want gun legislation that goes well beyond the U.S. Senate’s latest compromise bill, including the banning of semi-automatic rifles for civilians.

Re: “U.S. failed to stop fraud in loan program, lawmaker says — As much as 20% of funds for small businesses may have gone to scammers,” June 15 news story.

This front-page story compels me to share with you my experience with the Small Business Administration office in Tarrant County.

As a founder and organizer of Civil Rights Sentinel, a voting rights charity, I applied in Feb. 2021 for a $25,000 COVID-19 Economic Injury Disaster Loans loan. It took the SBA more than one year to make a decision, and the loan was denied on false premises.

What makes this denial even more egregious and troubling is the fact that while the SBA was granting billions of fraudulent loans to bogus businesses, at the same time I felt it was discriminating against a nonprofit, voting rights organization in the state of Texas, a state known for voter suppression.

The Secret Service estimated that nearly $100 billion has been stolen from COVID-19 relief programs. In the end, the totality of SBA’s actions reveals the true identity of this agency: grossly incompetent and corrupt, all at the expense of the taxpayers’ money.

It’s about time the Supreme Court reaffirmed that what a teacher says or does off the clock, unless illegal, is their business and not the school district’s. It’s just a pity they came to this too late for a friend of mine who was fired after an out-of-state individual complained about an online posting.

Like the coach in the Supreme Court case, it was a small local district trying to appear sophisticated and woke to the point of redacting his name and email when my friend demanded the documentation in order to take legal action.

Thanks to the Supreme Court, we are regaining our freedoms, one by one, despite the best efforts of the left and right coastal elites to take them. Let us pray they continue and stay strong.

Here’s why Dallas gets credit

Re: “Give Arlington credit,” by Hollie Johnson, June 25 Letters.

Letter writer Hollie Johnson, who resides in Arlington, questions why the city of Dallas gets credit for the World Cup rather than Arlington.

Technically, AT&T Stadium was awarded the World Cup games, not Arlington. The writer asks if Dallas will contribute to traffic control, law enforcement and litter pickup.

Well, without Dallas, there’s no World Cup in Arlington. Dallas is one of the largest and most dynamic cities in the country. It is the draw of Dallas and Fort Worth that benefits Arlington.

The Dallas-Fort Worth International Airport, several Fortune 500 companies and the area’s many museums, parks, hotels and restaurants also helped AT&T Stadium be selected.

Dallas gets the credit. Arlington is the beneficiary. Just say “thank you” and enjoy the games.

We welcome your thoughts in a letter to the editor. See the guidelines and submit your letter here.