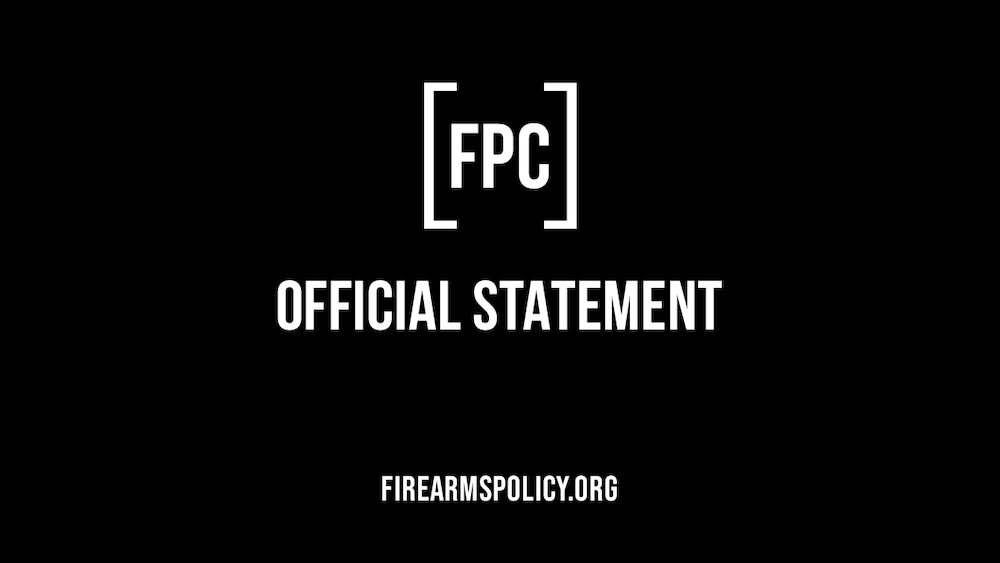 Earlier this week, California Attorney General Rob Bonta boasted in a press release that his Department of Justice had created a firearms dashboard portal to increase “transparency,” which resulted in the wholesale exposure of the personal information–including license to carry information–related to the gun owners who have complied with California’s onerous gun restrictions.

There is no way to sugarcoat the horrible violation of trust committed against Californians this week. What is most troubling, though, is that this was completely foreseeable. Be it by malice or incompetence, countless times throughout history, when the people have entrusted the government with sensitive information–information which, in the wrong hands, could do great harm–we have seen that trust broken. The simple, time-proven fact is that the government cannot be trusted with lists relating to gun owners.

Doubly frustrating is that the people who have had their personal details and their status as gun owners or carry licensees, are the very people who have gone out of their way to jump through all the flaming hoops imposed by California, just to be able to exercise their fundamental right to an effective self-defense. Now these peaceable people have been put in jeopardy. The possibility of the targeting of this population not only for the firearms themselves, but for the myriad reasons that people sought out the licenses in the first place.

FPC will continue to be vigilant in fighting policies that lead to these terrible results. Until we have succeeded in eliminating government lists of peaceable people, we must all remember our government can only be trusted to do what the government will always end up doing with lists of gun owners–cause harm.