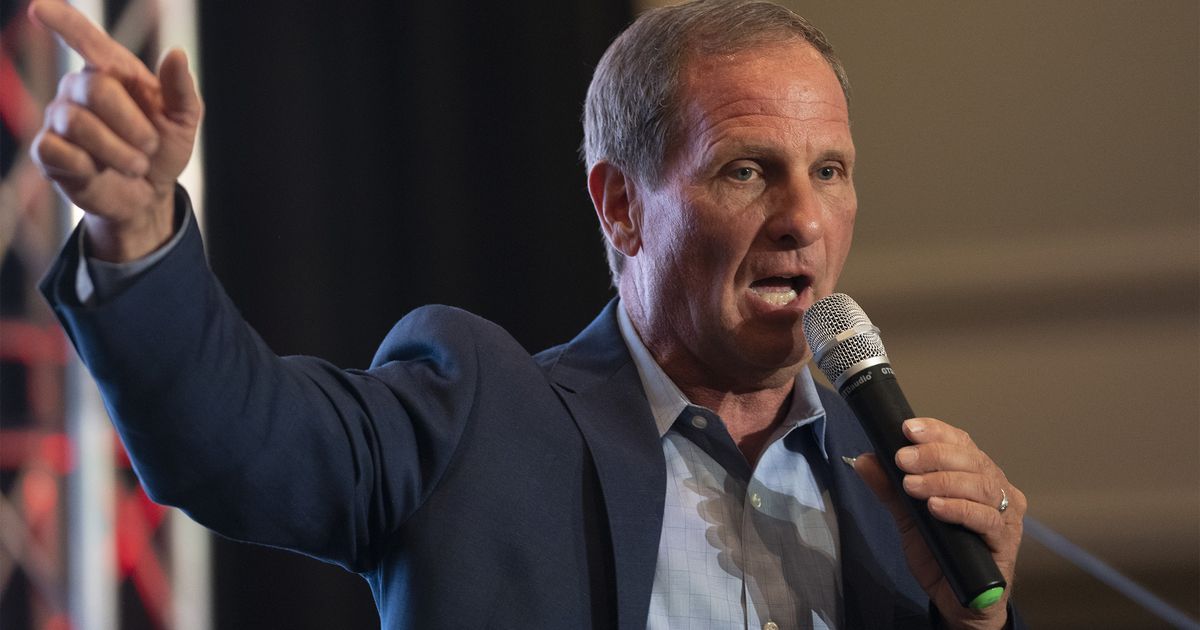 The June 24 donation was disclosed in pre-primary election financial reports requiring candidates to report contributions made 20 days before an election within 48 hours. Those filings are separate from regular campaign finance reports.

The bipartisan bill that passed Congress last week enhanced background checks for gun buyers under the age of 21 and provided millions of dollars for states that implement so-called red flag gun laws that allow authorities to temporarily confiscate guns from people who are deemed too dangerous to possess them. The law also included millions of dollars in federal funds for school security and mental health programs.

Stewart defended his “no” vote on the gun control bill on Twitter saying the legislation “unjustly jeopardizes the Second Amendment rights of every law-abiding citizen.”

As a Congressional leader on mental health care and school safety, I will continue to champion these issues. I believe we can accomplish these goals while respecting the Constitution. I will always stand for the Constitutional Rights of every American, which is why I voted no.

Stewart voted against another gun control measure that passed the House on June 8.

The Utahn also received a $1,000 donation from the NRA’s PAC on May 19, just 5 days before the school shooting in Uvalde, Texas that left 19 students and two teachers dead.

Stewart did not acknowledge the Uvalde shooting on his social media channels, but did discuss the issue during his only pre-primary debate, saying new gun control measures would not solve the problem.

“Is this the last step you’re going to do? I’m fairly confident we will have another shooting after [Uvalde], as tragic as that may be, and then what are [Democrats] going to propose?” said Stewart.

Stewart suggested the best way to prevent school shootings was tighter security, and signed on as a co-sponsor of Rep. Burgess Owens’ “Securing our Students Act,” which redirected unspent COVID-19 relief funds toward school safety measures.

Stewart’s own leadership political action committee, “Freedom 21: Fighting for freedom in the 21st Century,” donated $2,900 to Republican Mayra Flores, who won a special election for a previously Democratic-held congressional seat in Texas earlier this month. That donation is the maximum amount allowed under federal campaign finance regulations.

The donation from Stewart is noteworthy because Flores has promoted the QAnon conspiracy theory on her social media channels. QAnon followers believe a cabal of Satan worshipers run a global pedophile ring and that the worshippers will eventually be brought to justice by Donald Trump.

Stewart’s office did not respond to a request for comment.