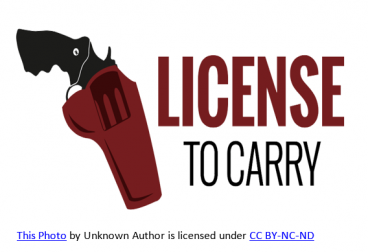 June 29, 2022 (Sacramento) – The California Department of Justice today revealed that a data breach of concealed carry applicants is far wider than originally reported. According to the DOJ’s press release today,  “Based on the Department’s current investigation, the incident exposed the personal information of individuals who were granted or denied a concealed and carry weapons (CCW) permit between 2011-2021. Information exposed included names, date of birth, gender, race, driver’s license number, addresses, and criminal history. Social Security numbers or any financial information were not disclosed.”

Such disclosure puts gun owners or applicants at risk of identity theft and potential harm. The list includes judges, prosecutors, law enforcement officers and individuals, presumably including victims of domestic violence or stalking who may have sought to carry a gun for personal protection and now have their home addresses revealed. Disclosure of criminal records could potentially also have negative impacts for some permit applicants.

According to the Department of Justice, the data was briefly downloadable online when the agency updated its Firearms Dashboard portal on Monday, and the information has since been removed. However, the agency now discloses, data from the following dashboards were also impacted: Assault Weapon Registry, Handguns Certified for Sale, Dealer Record of Sale, Firearm Safety Certificate, and Gun Violence Restraining Order dashboards. DOJ is investigating the extent to which any personally identifiable information could have been exposed from those dashboards.

“This unauthorized release of personal information is unacceptable and falls far short of my expectations for this department,” said Attorney General Rob Bonta. “I immediately launched an investigation into how this occurred at the California Department of Justice and will take strong corrective measures where necessary. The California Department of Justice is entrusted to protect Californians and their data. We acknowledge the stress this may cause those individuals whose information was exposed. I am deeply disturbed and angered.”

The department has pledged to notify everyone whose data was exposed and provide additional resources, including how to sign up for free credit monitoring services.

The breach occurred following enactment of Assembly Bill 173, passed last September, which allows disclosure of certain information on gun owners to universities and other research institutions; the NRA has filed suit in an effort to stop this disclosure of sensitive information. The DOJ, during an April 5 hearing in the Doe v. Bonta case, acknowledged that disclosure of such information would have civil remedies even if the information was negligently disclosed, as well as possibly criminal implications.

The California Rifle and Pistol Association has called for an independent association and indicated it may file suit over the breach. “CRPA and our attorneys are exploring all options, up to and including litigation,” the association stated, the Los Angeles Times reports.

The Department of Justice asks that anyone who accessed the info while it was briefly online to “respect the privacy of the individuals involved and not share or disseminate any of the personal information,” adding that anyone who possesses or uses personal identifying information for an unlawful purpose may be guilty of a crime under the state penal code.

But the National Rifle Association’s Institute for Legislative Action states on its website that social media users who first reported the leak have indicated that “individuals were able to download all of the leaked personal information from the DOJ website—meaning this information is likely now in the public in perpetuity.”

The firearms news outlet Reload reported yesterday that it reviewed a video showing the database was briefly available for download via a button on the website’s mapping feature.

Besides registering for free credit monitor, the Department of Justice published this list of steps that should be taken immediately to protect your information related to credit, if your data was breached: