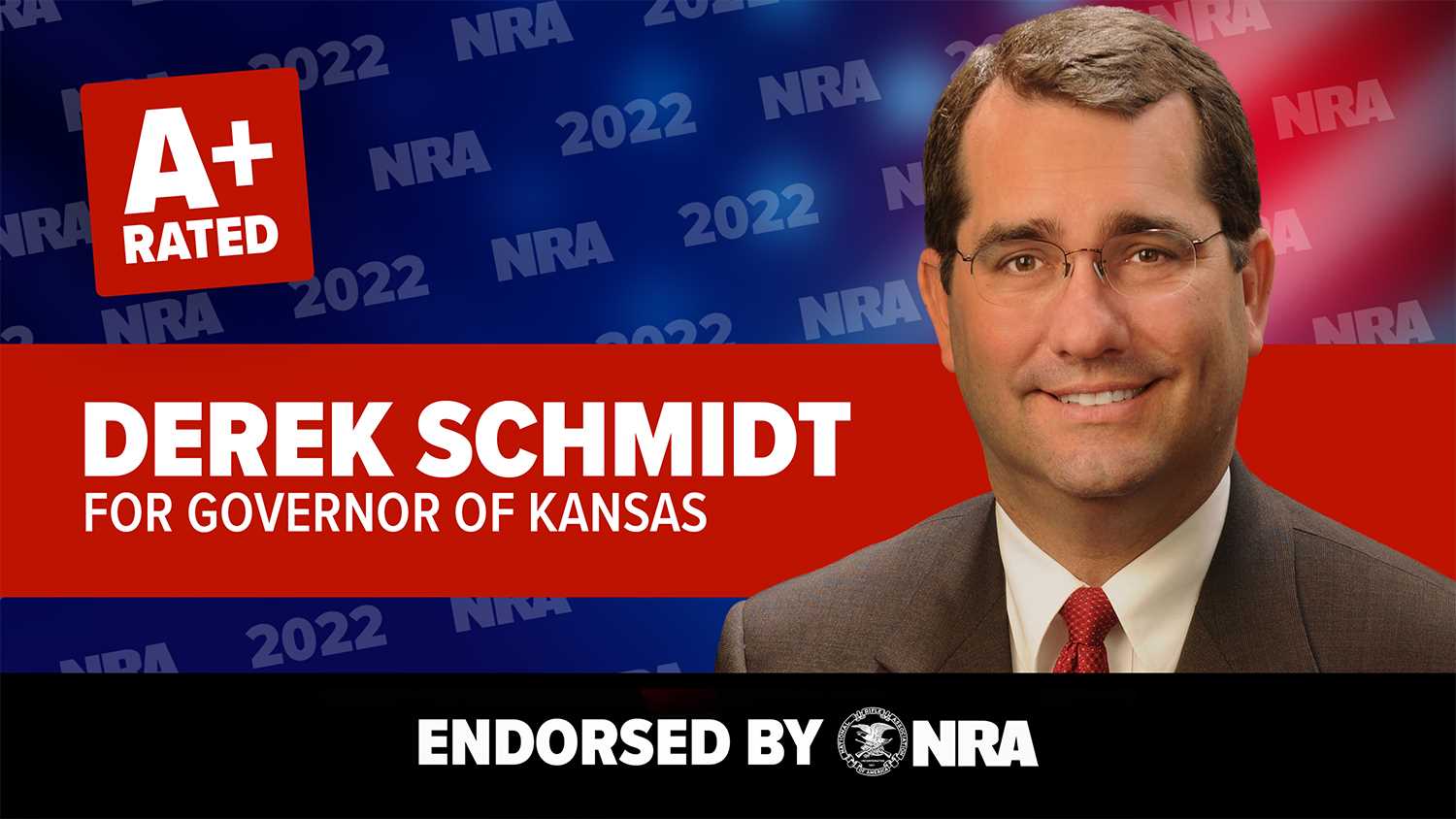 Fairfax, Va. – The National Rifle Association Political Victory Fund (NRA-PVF) is proud to announce its endorsement of Derek Schmidt for governor in the 2022 Kansas primary election.

“Derek Schmidt is a staunch supporter of our Second Amendment freedoms and he will continue to fight to protect our fundamental right to self-defense,” said Jason Ouimet, chairman, NRA-PVF. “Kansans can trust Derek Schmidt to protect their constitutional right to keep and bear arms.”

As attorney general, Schmidt signed “friend of the court” briefs on several landmark cases, including NYSRPA v. Bruen, in which the Supreme Court ruled the Second Amendment protects the right of law-abiding Americans to carry a firearm outside of the home. Schmidt also supported legislation that ensured felons who carry firearms while committing crimes would be sentenced to prison, as well as legislation that protects law-abiding gun owners access to firearm accessories.

Schmidt has earned the highest attainable “A+” rating from the NRA. That rating is reserved for elected officials who have a demonstrated record of leadership in the fight to promote and defend the right to keep and bear arms.

“The NRA is proud to endorse Derek Schmidt and encourages all NRA members, gun owners, hunters and sportsmen to vote for Derek Schmidt in the upcoming Republican Primary election,” Ouimet concluded.