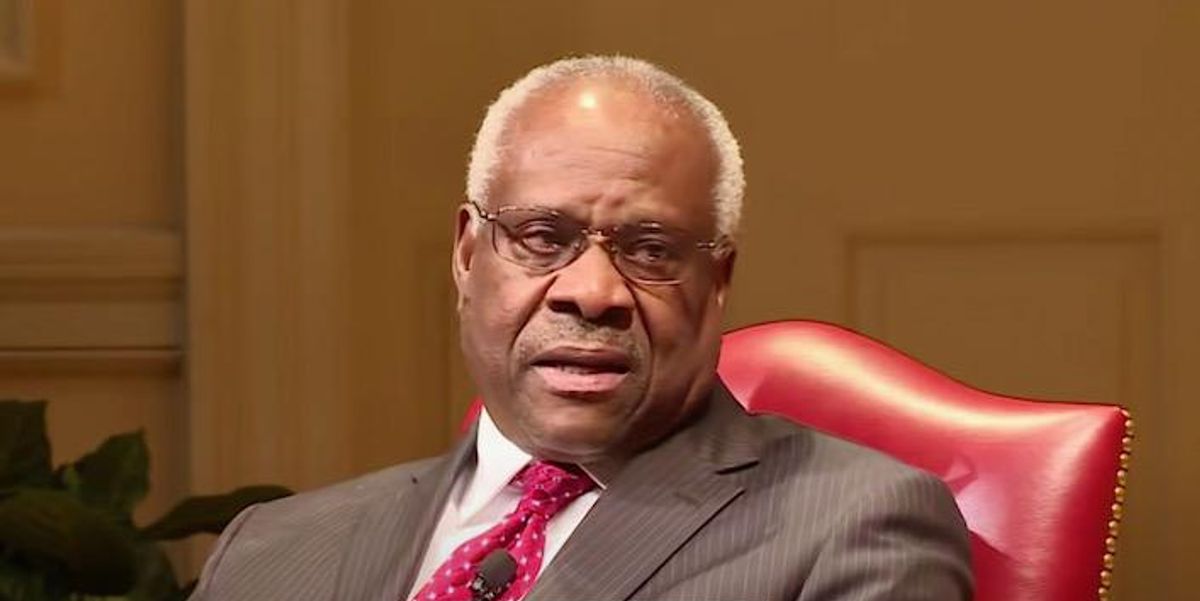 The House and Senate both passed a new bipartisan gun safety law, and while it was signed by the president and supported by two branches of government, there’s a fear that the Supreme Court will attempt to overrule the law.

A Slate report expressed the concern on Monday after President Joe Biden signed the bill ahead of a G7 meeting. The question becomes whether one branch of government will attempt to go up against the other two.

Slate cited the majority opinion in Bruen saying that “[t]he constitutional right to bear arms in public for self-defense is not ‘a second-class right, subject to an entirely different body of rules than the other Bill of Rights guarantees.’”

“A primary example of a right the majority says has received appropriate respect is the right to free speech,” the Slate report explained. “Throughout the opinion, Thomas says that the Second Amendment must receive the same due as the First. Thomas knows that the First Amendment does not provide unlimited protection to speech, that the state may regulate speech in all sorts of ways. So, he is not referencing First Amendment law to suggest that there are no limits on the right to keep and carry arms.

IN OTHER NEWS: ‘This is big’: Former senator explains why Jan. 6 committee might have scheduled a last-minute hearing

Michael Waldman, President of the Brennan Center for Justice, explained to MSNBC that the Supreme Court saying that states rights apply to an abortion but not to guns is a major issue for the Court.

“The two cases together say that some states can ban abortion but other states and they usually are other states, can’t regulate guns and gun violence within their states,” said Waldman. “It’s a very different approach. The ruling struck down New York’s law. A law that goes back to 1911. Saying that you can’t carry a concealed handgun in New York City, in a crowded place like that. And it is the first time in a dozen years that the Supreme Court has made a major ruling on the Second Amendment since it first said, and it was only back then in 2008, in 2010, that you had an individual right at all to have a weapon.”

“But what’s really significant about this case is not just what it will do in New York where there will be more guns and more violence and more crime as is expected in New York. But what it does nationwide, what the Supreme Court said is effectively you can’t actually take public safety into account when you’re making these gun laws. You can only look at ‘history and tradition.’ And Clarence Thomas wrote the opinion, used the history very selectively, but what it means is that hundreds of gun laws that have been upheld by the courts, Republican and Democratic judges, federal and state judges over the last 12 years, hundreds of those laws now will get challenged by the NRA and others saying you can’t read the history right.”

Just last week, the bill that Congress signed was Constitutional, but the question is whether it is now.

“I think it’s still constitutional now. obviously, they’re going to have to take a look,” said Waldman. “Much of that law involved spending money on things like mental health and other things that would not really I think by any sense fall afoul of the Second Amendment right, but there are some aspects to it such as red flag laws saying you can take people’s guns away if they’re a threat or have a violent mental health issue, and all also the things related to background checks that will be challenged.”

“Again, I think it is quite clear that these laws respect individual rights and benefit public safety but it’s a lot harder to know how courts and judges are supposed to scratch their heads and figure out this vague new standard. How do you find out what the history and tradition was way back in some imagined past time for these modern laws? It’s not a way to run a railroad. It’s not a way any other country that you know of makes decisions about protecting public safety.”

See his full interview below: