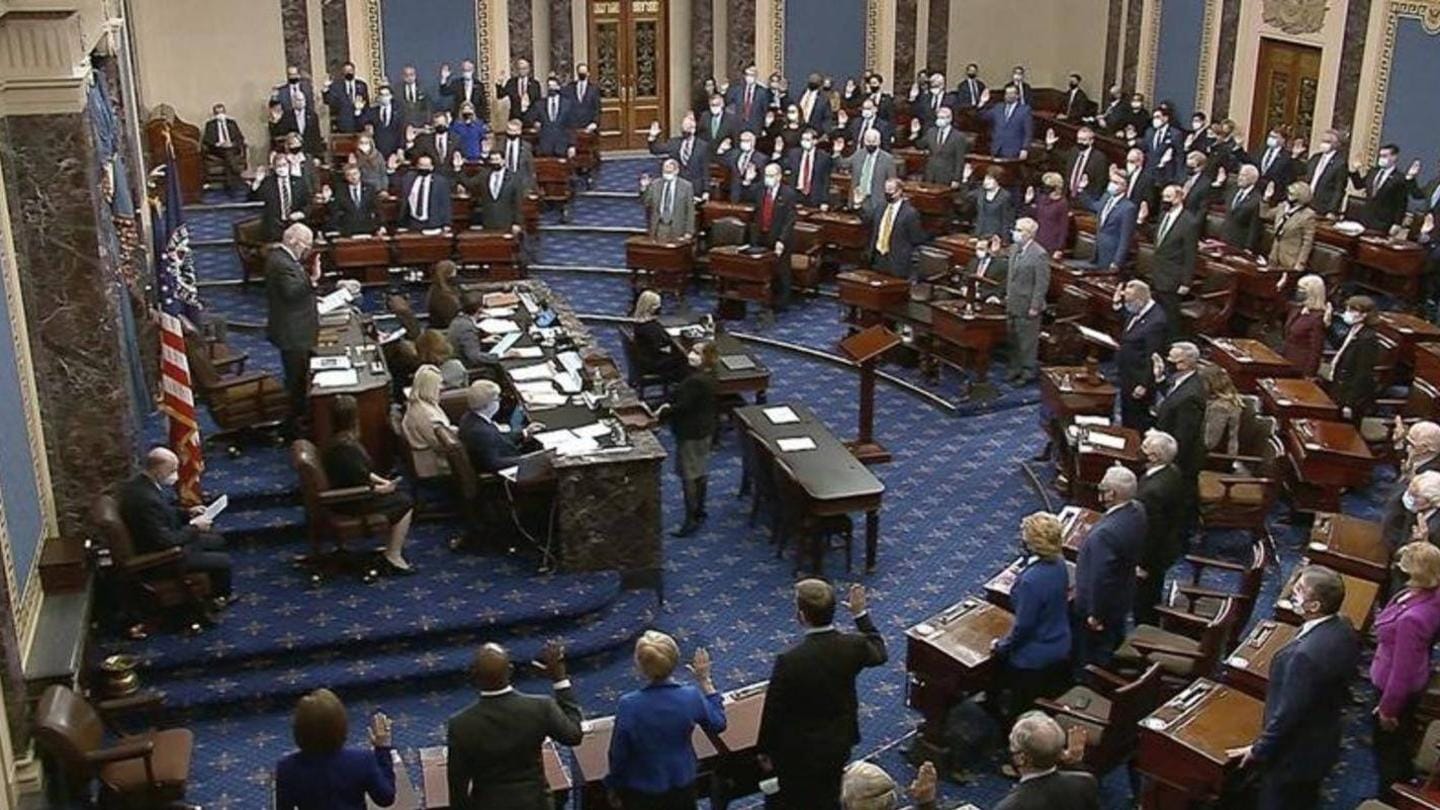 The United States Senate has passed the most significant gun legislation in nearly three decades.

With a vote of 65 to 33, the Senate of Congress approved the measure with the support of fifteen Republicans.

It follows last month’s mass shootings at a supermarket in Buffalo, New York, and an elementary school in Uvalde, Texas, in which a total of 31 people were killed.

US President’s statement over the development

“This bipartisan legislation will help protect Americans. Kids in schools and communities will be safer because of it,” President Joe Biden stated following the vote on the bill.

“The House of Representatives should promptly vote on this bipartisan bill and send it to my desk,” he added.

What are the reforms introduced in the bill?

Reforms include stricter background checks for purchasers under 21.

Additionally, funding is requested to support the implementation of states’ “red flag” laws to take away firearms from people deemed a threat.

It also shuts down the so-called “boyfriend loophole” by prohibiting firearms sales to those convicted of harassing unmarried intimate partners.

Republicans refused to make concessions on more comprehensive gun control laws that Democrats, including Biden, favored, such as a restriction on assault weapons or high-capacity magazines.

Before the vote, Democratic Senate Majority Leader Chuck Schumer stated on the house floor, “This is not a cure-all for the ways gun violence affects our nation, but it is a long-overdue step in the right direction.”

Assault weapon is a weapon of war: Harris earlier stated

“Do you know what an assault weapon is? It was designed for a specific purpose: to kill a lot of human beings quickly. An assault weapon is a weapon of war, with no place in civil society (sic),” Vice President Kamala Harris earlier stated.

Senate passed the bill following a US Supreme Court’s judgment

The vote on the bill came shortly after the Supreme Court overturned a New York law limiting who can lawfully carry a gun, effectively broadening gun rights and highlighting the country’s deep divide on the issue.

The court determined that it is unconstitutional for New Yorkers to be required to demonstrate “proper cause,” or valid reasons, in order to carry concealed weapons in public.

Notably, Clarence Thomas, a conservative justice, wrote the decision for the Supreme Court.

Democrats cautioned that the Supreme Court’s decision on Thursday could have catastrophic effects on national gun safety.

Meanwhile, the National Rifle Association (NRA) Institute for Legislative Action’s executive director, Jason Ouimet, declared in a statement that “This is a monumental win for NRA members and for gun owners across the country.”

“This ruling opens the door to rightly change the law in the seven remaining states that still don’t recognize the right to carry a firearm for personal protection,” Ouimet stated.

Meanwhile, as per the Gun Violence Archive, a non-profit research organization, over 20,800 people have been killed by gun violence in the United States in 2022 alone, including homicide and suicide.

The National Rifle Association (NRA), is considered to be the most powerful gun rights organization in the US.

It has historically rejected most initiatives to prevent mass shootings, including expanding background checks on gun purchases.

However, its influence has waned as it has become entangled in legal battles linked to a corruption scandal.

Notably, the US has witnessed 215 mass shootings this year.