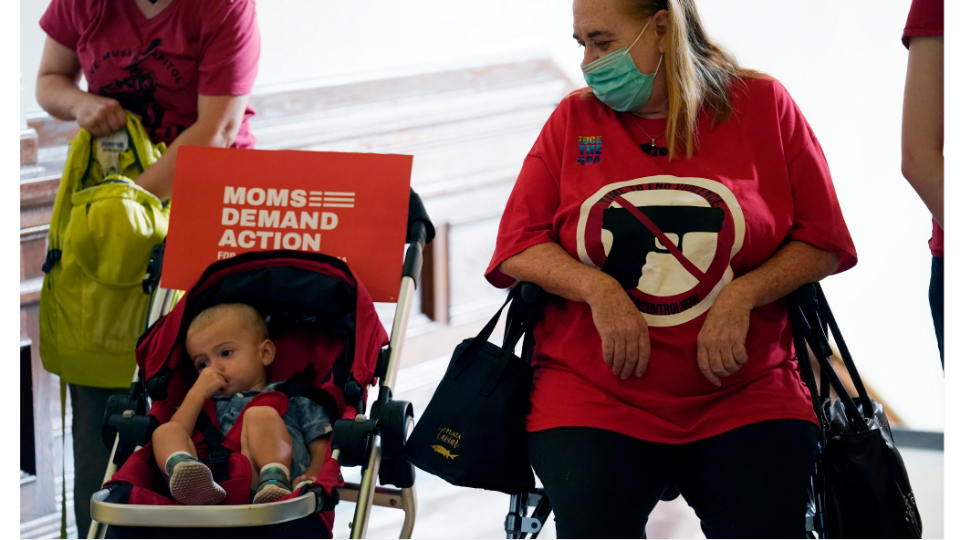 WASHINGTON—It took a massacre in Uvalde, Texas, to force the recalcitrant U.S. Senate to listen to U.S. parents and teachers and not the nation’s gun fanatics.

By a 65-33 margin, senators have approved a package of gun control moves, the first such win since 1994. All 33 “no” votes were from Republicans, and two other Republicans were absent. All 48 Democrats, both independents, and 15 Republicans voted “yes.”

That means even after murder of 19 schoolchildren and two teachers in the Texas town weeks ago, most Republicans still heeded the dollars and electoral retribution threats of the National Rifle Association rather than the pleas of the nation’s parents and demands from the National Education Association, the Teachers (AFT), other unions, and gun control groups.

Immediately after the Senate vote, the package went the to the Democratic-run House for a vote. The bill passed there along a mostly party-line vote, 234-193. It has now been sent to White House for President Joe Biden’s signature.

The new law doesn’t have all the anti-gun moves sought by Becky Pringle, president of the NEA, the nation’s largest union, and Teachers President Randi Weingarten, whose union has 1.7 million members.

Notably lacking: A restored ban on the manufacture and sale of assault rifles, such as the AR-15 and the imported AK-47. Shooters in Uvalde, at a Buffalo, N.Y., supermarket and, four years ago at Marjorie Stoneman Douglas High School in Florida, used those weapons of war. Such a ban existed for a decade after the last gun control law, enacted in 1994.

“How many more dead and wounded children and educators will it take for those in power to finally prioritize our safety over the demands of the gun lobby?” Pringle demanded before Senate passage of the measure, S2538.

“Finally, the U.S. Senate has taken action, an important first step in eradicating America’s toxic combination of guns and lack of access to mental-emotional supports,” said Weingarten. Her union lost three teachers and 14 of their students at the Douglas massacre.

“We would have liked the Senate to go further to end gun violence, as other countries have, but the bill includes important measures that will save lives.”

The Senate bill includes more money for “community violence intervention, mental health initiatives,” and aid to “community schools” to increase anti-gun safety, she said. It also “gets guns out of the hands of those who are a danger to themselves or others.”

The gun control package puts more controls on sales of arms to people under 21, including checks of juvenile criminal records, earmarks aid to states to encourage the enactment of “red flag” laws, adds millions of dollars to make schools safer against shooters, bans the manufacture of “ghost guns,” and adds several other restrictions.

The 1994 law, pushed through Congress by then-Sen. Joe Biden, D-Del., banned the semi-automatics—weapons of war—for a decade. But in 2004, the NRA-controlled Republican Congress, in fealty to the gun lobby, let the semi-automatic ban end.

This legislation, too, was the object of hate from the vicious corporate-backed gun lobby. It campaigned against any controls on guns and demanded all schools arm their teachers against active shooters—a move teachers and the two unions overwhelmingly oppose.

The June 23 vote came just two weeks after Pringle and other witnesses before the House Oversight Committee demanded lawmakers do something to curb the spread of weapons of war—such as the semi-automatic the Uvalde murderer used—on the nation’s streets, in its schools and, in Buffalo, N.Y.

There, weaponry combined with racism. The gunman, an older teenager like the one in Uvalde, but protecting himself with military gear, murdered nine shoppers and a security guard, all of them Black.

The slaughters in Uvalde and Buffalo forced some Senate Republicans, notably John Cornyn, R-Texas, to take action to control the spread of weapons.

But even then, Cornyn, the lead Republican bargainer on the gun control package, opened talks with the Democratic leader on the issue, Chris Murphy, only after receiving the blessing of Republican leader Mitch McConnell of Kentucky—a senator captured in a past photo waving a high-powered rifle at a prior NRA convention.

“For decades, the anti-gun violence movement has been met with obstacles and frustrations, and yet they’ve been tireless in their pursuit of change,” Murphy said before the vote. “Their advocacy has made this moment possible.

“This legislation will strengthen background checks and keep guns out of the hands of dangerous people. It also makes a historic investment in mental health and much-needed support services for students. This bill doesn’t include everything I want, but it will save countless lives and finally break a 30-year political logjam.”

But the gun control campaign still continues, one leading group, student-created and student-led March For Our Lives, warned.

That’s because just hours before the Senate roll call, the six Republican-named justices who comprise the U.S. Supreme Court’s right-wing majority threw out New York’s—and other states’—laws restricting guns in public. It called them unconstitutional infringements on the “right to keep and bear arms.” In response, the March called for demonstrations at federal courthouses nationally on June 24.