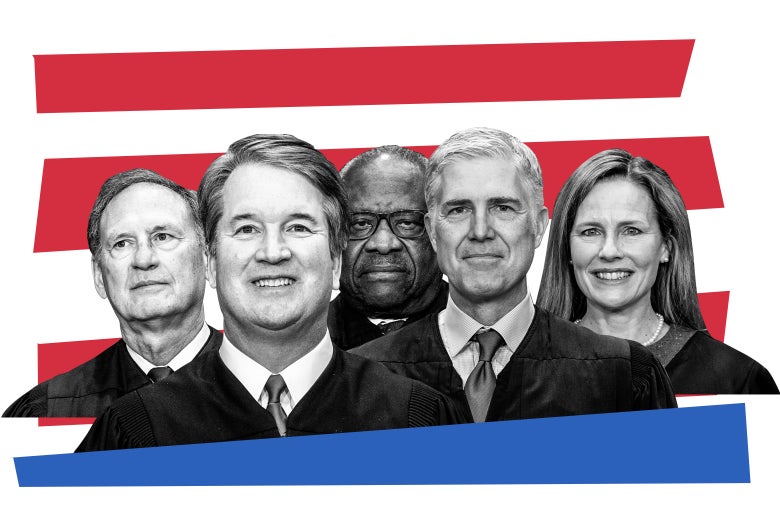 The cross-messaging that got a gun bill passed.

Congress this week really did pass a bipartisan gun violence, mental health, and school safety bill that’s heading to President Joe Biden’s desk. The senators correctly called the Bipartisan Safer Communities Act the most significant such package Congress has passed in 30 years—which is simultaneously a real accomplishment and a real indictment of the Congresses of the past 30 years. What was the key to overriding the NRA’s opposition and passing it, aside from the rawness in the wake of mass shootings in Buffalo, New York, and Uvalde, Texas? We may have more to say on this later, but one thing that struck us in reading the statements following Senate passage is that Republicans and Democrats were saying the bill did entirely separate things. Consider the press email from the office of Texas Sen. John Cornyn, Republicans’ lead negotiator: “Senate Passes Cornyn’s Mental Health and School Safety Bill One Month After Uvalde.” A mental health and school safety bill! Meanwhile, statements from Democrats, like New Hampshire Sen. Maggie Hassan and Rhode Island Sen. Sheldon Whitehouse, commended passage of the “Gun Safety” and “Gun Violence Prevention Bill.” All 50 Senate Democrats voted for a gun safety bill, and 15 Senate Republicans voted for a mental health and school safety bill. Thirty-three Republicans, meanwhile, at least agreed with Democrats that this was—in the words of Texas Sen. Ted Cruz—a “gun” bill, but they voted against it. Anyway, let’s see what survives of this gun(-ish?) bill after Justice Clarence Thomas has had a few months to ruminate about how it would’ve played with Colonial musket owners.

Biden vs. Trump? CT election takes shape with presidential figures at the heart of races
Not a Video 1-7-10
Solo Overnight Building a Bushcraft Camp and Casting Bronze In a Campfire and Bacon Ribeye Skillet
Sunday Shoot a Round # 41
When Seconds Count, the Police are Only Hours Away