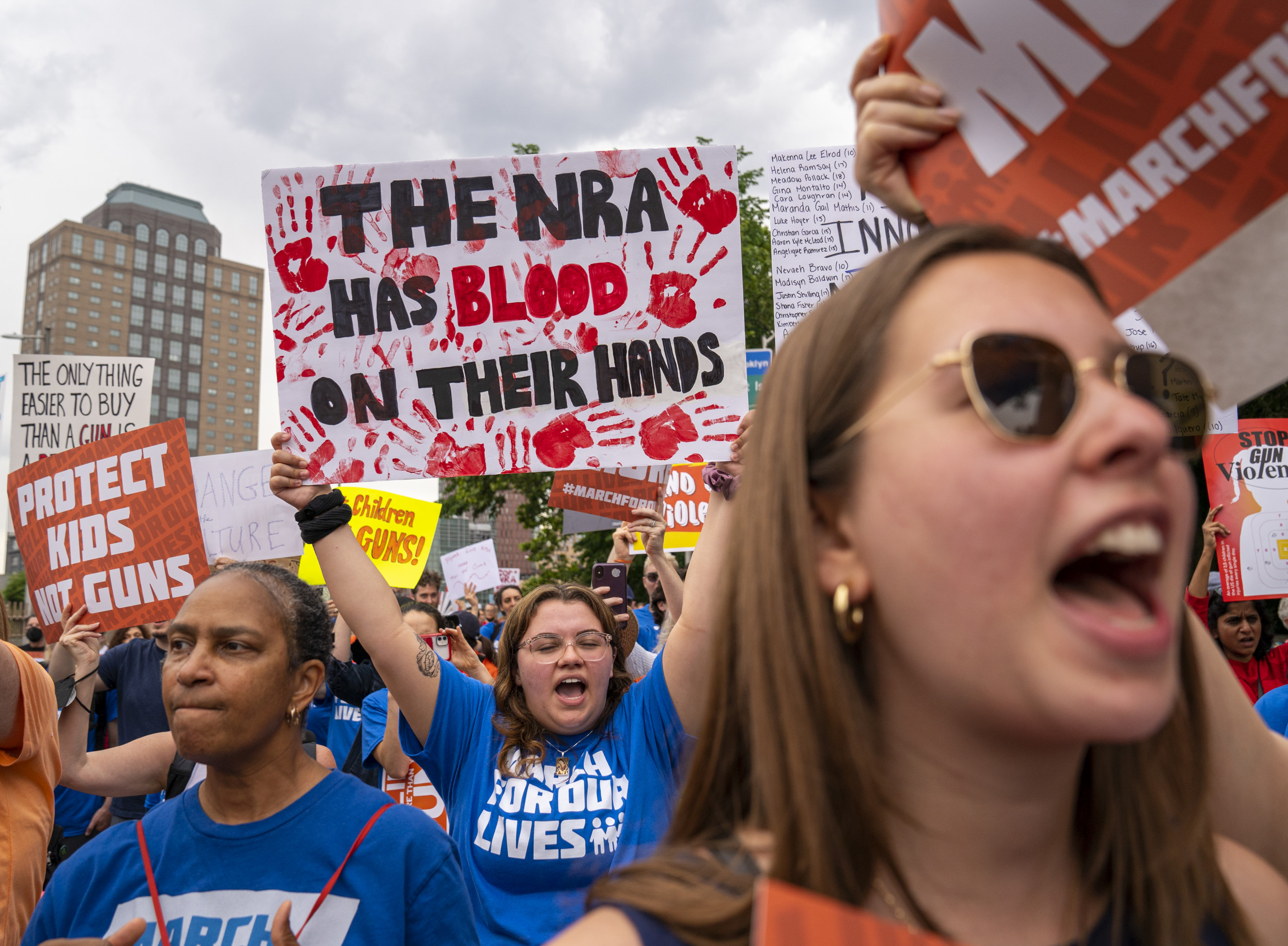 The news defies belief, even in these unbelievable times: The Supreme Court just overturned New York State’s 100-year-old law that requires showing a specific need for protection in order to get a permit to carry a concealed gun in public. This comes even as the Senate is on the verge of passing a bipartisan deal on gun safety, which highlights just how out of touch this decision is with the overwhelming majority of Americans who support common-sense gun safety measures.

To say this couldn’t come at a worse time is an understatement. Last year was one of the deadliest on record in the United States, with the highest rate of gun homicide since 1994. The situation is especially dire for people of color, with Black Americans 10 times more likely to die by gun homicide than white Americans. Young people are also bearing a heavy burden — in 2020, gun violence overtook car crashes as the leading cause of death for American children and teens. And of course, when gun crime rises, law enforcement is put in greater danger.

This grim reality begs two questions: In a nation reeling from gun violence, what would compel the Supreme Court to dismantle measures to keep guns out of dangerous hands? And is there anything the overwhelming majority of Americans who support common-sense laws can do to stop the bloodshed?

The answer to the first question is rooted in the National Rifle Association’s myopic — and historically inaccurate — interpretation of the Constitution, which has now taken hold in the Supreme Court. In New York State Rifle & Pistol Association Inc. v. Bruen, a local NRA affiliate, challenged a New York law requiring you to show a specific need for protection to get a permit to carry a concealed gun in public. Five other states have laws similar to the one in New York, and if they are struck down, the nation’s death toll will likely spike even higher — states that weakened open carry prohibitions experienced an 11 percent jump in handgun-related homicides.

But striking down New York’s law isn’t just dangerous — it also flies in the face of legal history. In multiple decisions, judges appointed by both Democrats and Republicans have ruled that restricting who can carry a deadly weapon in public is perfectly consistent with the Second Amendment. It’s also consistent with American history going back to the nation’s beginnings — several colonies and early states adopted laws inspired by a 1328 English statute that broadly prohibited carrying weapons in public places. Even the Wild West wasn’t quite as wild as you might think, with many ranching towns prohibiting anyone who wasn’t in law enforcement from carrying a dangerous weapon, concealed or otherwise.

Believe it or not, the NRA once supported laws like the one in New York. In the 1930s, the NRA lobbied for the passage of the Uniform Firearms Act, a model law that required a person to demonstrate a “proper reason,” such as a good cause to fear injury to their person or property, before they could legally carry a concealed gun in public. In fact, Karl Frederick, a future president of the NRA, co-authored the model law.

What’s changed since then? For starters, the NRA morphed from an advocacy group for hunters into a mouthpiece for the far right, all in the name of creating a “guns everywhere” culture and, in the process, boosting profits for gunmakers. To achieve this goal, the NRA invested heavily in electing lawmakers who would block any attempt to keep guns out of dangerous hands and, just as importantly, confirm judges who would support the gun industry’s self-serving worldview.

With this decision, it’s clear the NRA’s influence now extends to the highest court in the land, which just advanced the firearm industry’s self-serving “guns everywhere” agenda. In doing so, the Supreme Court isn’t just risking lives — it’s also risking its very credibility.

But while the court may have the last word on this particular law, the final verdict on how our nation wants to live and die doesn’t rest with unelected Justices — it rests with the overwhelming majority of voters who are demanding common sense laws to keep their families safe, and who will bring those demands into the voting booth this November.

John Feinblatt is president of Everytown for Gun Safety.