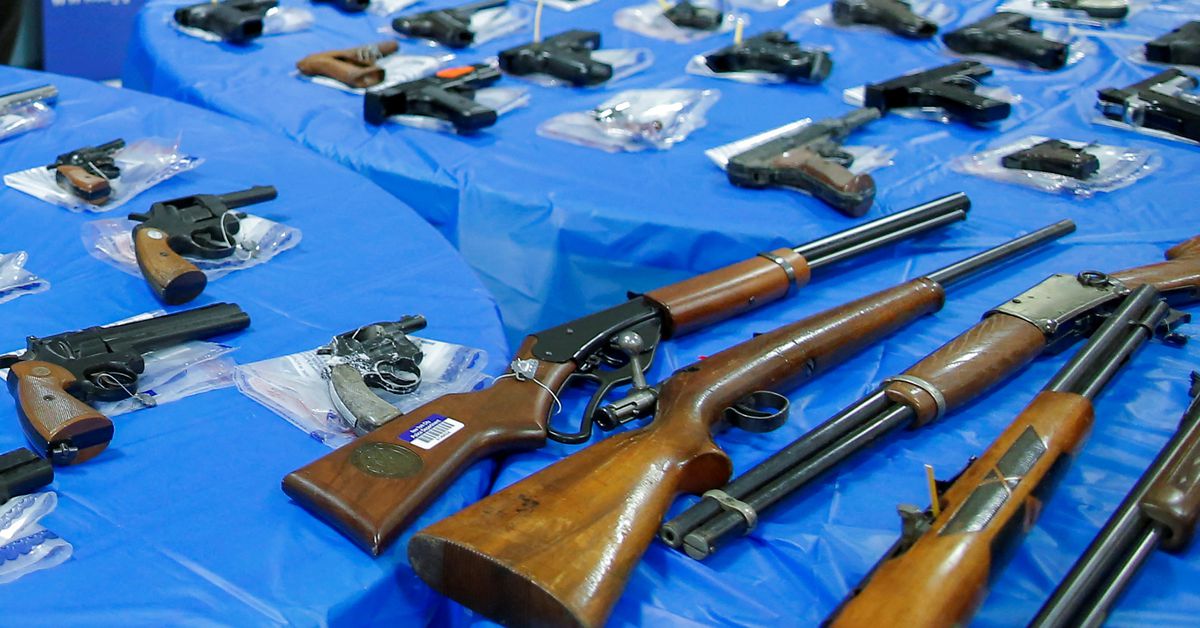 June 24 (Reuters) – The U.S. Supreme Court ruled on Thursday for the first time that the U.S. Constitution’s Second Amendment secures an individual’s right to carry weapons in public for self-defense.

WHAT DOES IT CHANGE?

The ruling struck down New York’s gun licensing laws and similar laws in California, Hawaii, Maryland, Massachusetts, New Jersey and the District of Columbia denying concealed-carry gun permits to residents wanting a gun for self-defense unless they could prove they had “proper cause.”

The ruling makes it much more difficult for U.S. lawmakers to regulate guns and other weapons in a way other countries can, and easier for the National Rifle Association and other pro-gun groups to win legal challenges to gun regulations.

Gun makers said the ruling would likely expand their market in a country that, according to the Geneva-based Small Arms Survey, is the only one with more guns in civilian ownership than people. Since 2005, the Protection of Lawful Commerce in Arms Act has provided near blanket immunity for gun makers and dealers from liability for crimes committed with their products.

In a concurring opinion, Justice Brett Kavanaugh, a conservative, wrote that licensing regimes for handguns used by 43 states that do not require “proper cause” are acceptable. Officials in the states affected by the ruling have said they are planning to rewrite their laws along those lines.

Provisions used by many states, including checking the criminal and mental health records of a gun license applicant, taking the applicant’s fingerprints and requiring them to take firearms training are all constitutional, Kavanaugh wrote.

CAN YOU CARRY A WEAPON ANYWHERE NOW?

No. The court repeated an earlier ruling that weapons could be banned in “sensitive places such as schools and government buildings.”

Leaders in New York have said they will seek to ban guns from as many places, including the subway, as they can. New Jersey Governor Phil Murphy said he will seek legislation banning guns in such places as bars, arenas, hospitals and government buildings. California officials said they would draw up similar lists.

Tom King, president of the New York State Rifle and Pistol Association, one of the plaintiffs in the Supreme Court case, said he would legally challenge any transit gun ban.

WHAT DID THE RULING SAY?

The 63-page opinion of the court’s conservative majority in the New York State Rifle & Pistol Association v. Bruen says that there is a “constitutional right to bear arms in public for self-defense.”

The right is comparable to other foundational rights secured by the U.S. Constitution, the opinion said, such as the right to due process or to the free exercise of religion. Unlike those rights, the opinion says the right to carry weapons may be limited only to “law-abiding, responsible citizens.”

(This story was refiled to remove a picture)