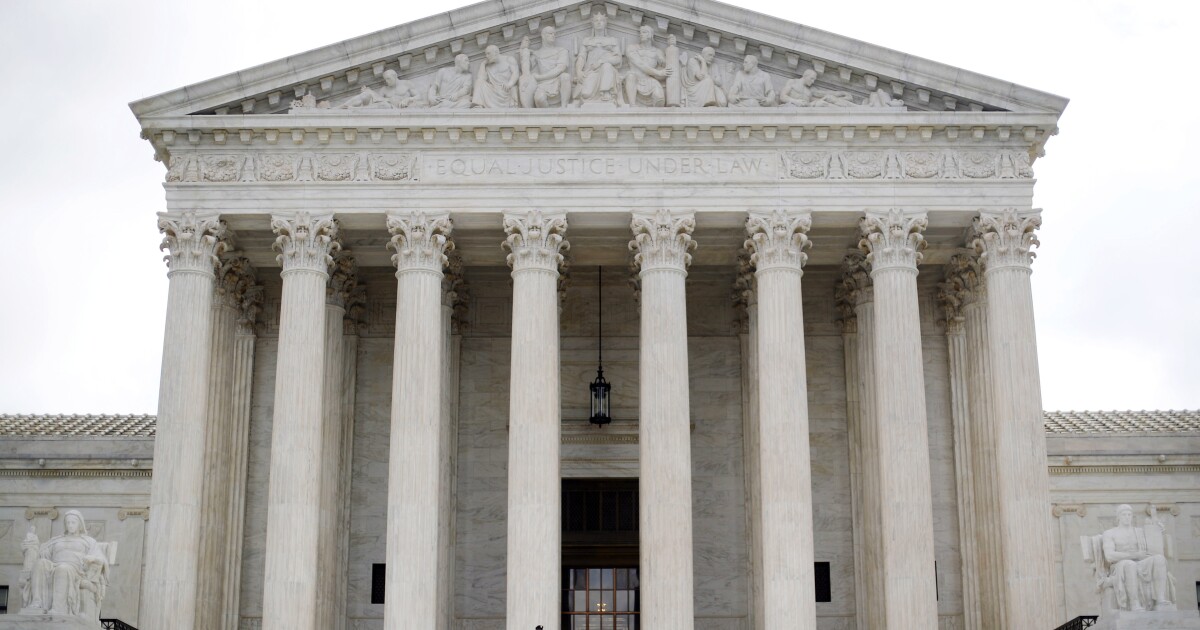 The U.S. Supreme Court on Thursday broadly expanded who can carry a concealed weapon in public, a ruling that is likely to have major implications in San Diego County where gun owners have historically had to articulate a good reason — such as a specific threat — for needing a permit.

In a 6-3 decision, the high court struck down New York’s laws requiring “good cause” to carry a concealed weapon, saying self-defense is reason enough.

This story is for subscribers

We offer subscribers exclusive access to our best journalism.
Thank you for your support.

California and several other states with similar laws are now scrambling to assess the ramifications.

The Sheriff’s Department, the agency responsible for granting concealed-carry permits in San Diego County, issued a statement Thursday that it will “evaluate this decision and what it means” for the region.

“Our highest priority is public safety and protecting individual rights,” the department said.

But many metropolitan areas, including San Diego County, have taken a stricter stance on what constitutes good cause and require applicants to show a specific threat or justification as to why they need to carry a gun — for example, a person with a stalker problem or a gem dealer who totes cash and jewelry.

“That (requirement) no longer flies, according to the Supreme Court,” Tiffany Cheuvront, a gun-rights attorney with the Long Beach firm Michel & Associates, said in an interview.

“The Supreme Court made it pretty clear that ‘good cause’ is unconstitutional.”

However, the ruling did not entirely throw out a state’s right to require concealed-carry weapons, or CCW, licenses. The Sheriff’s Department pointed that out in its statement.

“California still regulates the carrying of firearms in public places, in part, by requiring a license to ‘carry concealed a pistol, revolver, or other firearm capable of being concealed upon the person,’” the statement noted.

Currently, CCW applicants in San Diego County must also pass a background check, be of “good moral character,” pass a firearms training course and be a county resident. The Supreme Court did not address those other requirements.

Sheriff’s spokesperson Lt. Amber Biggs said Thursday that the department’s licensing division was already getting a spike in calls, a sign of applications to come. “Their phones are ringing off the hook,” Baggs said.

As of Thursday, 6,877 county residents had concealed-carry permits issued by the Sheriff’s Department. Since January, the department had issued 952 new permits, roughly on track to match last years total of 1,870 new permits.

Over the last year, the Sheriff’s Department rejected about 96 applicants based on their background checks. The last rejection based on the applicant not showing good cause was in 2020, Baggs said.

The issue will be handed down to whoever is elected sheriff in November.

Although votes from the June primary are not yet official, Undersheriff Kelly Martinez and John Hemmerling, who was chief of the criminal prosecutions unit in the San Diego City Attorney’s Office, are presumed to be the top two candidates.

Martinez said in a statement Thursday that she takes the responsibility to issue permits seriously and will analyze the ruling to determine how the department can “continue to conduct this process legally, safely, and fairly.”

Hemmerling praised the ruling, saying, “The Supreme Court has affirmed what I have said all along: Constitutionally protected rights such as the Second Amendment right to keep and bear arms must be made equally available to all responsible citizens.”

The ruling provoked mixed reactions among the wider community.

“Since our inception, we have made the case that carrying a firearm outside of your home for self-defense is your right,” Schwartz said in a statement. “It is not a second-class right. It is not only for certain people.

San Diegans for Gun Violence Prevention said the decision “ignores that the overwhelming majority of Americans are looking for strong gun safety laws to protect them.”

“Putting more guns into the public square makes all of us less safe. It is a simple equation that if more people are on the street with guns, it is more likely that any confrontations become deadly,” said Therese Hymer, the nonprofit’s head of legislative policy.

Gun violence prevention advocate Wendy Wheatcroft said the ruling was “a gut punch,” but not a surprise.

“This isn’t the wild, wild West,” Wheatcroft said in an interview. “We don’t need people carrying gun everywhere. That is not freedom. That is not safe.” should that read “guns”? plural?

Wheatcroft, who once led the San Diego chapter of Moms Demand Action, said the ruling “highlights the need to invest in gun-sense candidates who are not taking money from the NRA.” She pointed to the money that gun rights advocates put into electing former President Donald Trump. Three of the six justices who joined Thursday’s majority ruling were appointed by Trump.

San Diego County has litigated this issue before.

In 2009, Ed Peruta, then a part-time San Diegan, sued the Sheriff’s Department in federal court over its good-cause requirement.

The case made its way to the 9th U.S. Circuit Court Appeals, which in 2016 ruled in a 7-4 opinion that the “right of a member of the general public to carry a concealed firearm in public is not, and never has been, protected by the Second Amendment.”

Peruta asked the Supreme Court to take the case, but the petition was denied. He had lost. Even then, he predicted this moment.

“Donald Trump is the answer to a lot of Second Amendment inconsistencies,” Peruta told the Union-Tribune in 2017. “The Supreme Court can take my case or not take my case, but they cannot avoid the question.”

“I said to everybody that time will prove me correct, and it has,” said Peruta, who now lives in Connecticut. “I think San Diego was out of line for a long time, and they have an opportunity to correct that and to give the honest, hardworking residents a permit if they so desire it.”

The scope of Thursday’s ruling goes beyond who can carry a gun in public. It also significantly changes how pending and future Second Amendment cases may be decided by lower courts.

The majority opinion set a standard that gets rid of a two-pronged approach that judges often use to decide whether gun laws are constitutional and instead puts a heavier burden on the government to “demonstrate that the regulation is consistent with this nation’s historical tradition of firearm regulation.”

The opinion rejected a standard used by many lower courts that considered whether the law in question advanced the greater good and government interest. Cheuvront, the gun-rights attorney, said the government now has a much greater burden to show that a particular gun law has a history and tradition that dates back to the time the Second and 14th amendments were drafted.

“All court cases now are going to be history lessons,” she added.

The new standard could have major implications for several Second Amendment cases already in the pipeline or pending appeal as judges are asked to re-evaluate various laws under the ruling.

A lawsuit that challenged the state’s ban on gun magazines that hold more than 10 bullets was last year upheld by an en banc panel of the 9th Circuit. But a petition for the Supreme Court to take up the case is pending, and the high court could kick it back down to a lower court judge to be reevaluated under the new singular decision protocol.

Other lawsuits — including one challenging the state’s ban on assault weapons and another testing background checks on ammunition purchases — have been on hold at the 9th Circuit and must now be decided with this ruling in mind.

Gun cases that have already run their course cannot be reopened or redecided, but gun owners could file new lawsuits to relitigate issues fresh in hopes of a different outcome.

“There’s a lot of cases out there now that attorneys are pulling together because of these new standards,” Cheuvront said. “We’re going to see a lot of Second Amendment cases going to courts in the next year or so.”