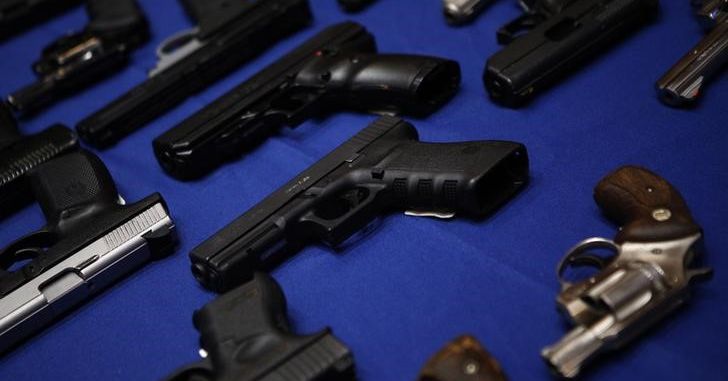 WASHINGTON, June 23 (Reuters) – The U.S. Supreme Court on Thursday struck down as unconstitutional New York state’s limits on carrying concealed handguns in public, handing a landmark victory to gun rights advocates in a nation deeply divided over how to address firearms violence.

The 6-3 ruling, with the court’s conservative justices in the majority and liberal justices in dissent, found that the state’s law, enacted in 1913, violated a person’s right to “keep and bear arms” under the U.S. Constitution’s Second Amendment.

The justices overturned a lower court ruling throwing out a challenge to the law by two gun owners and the New York affiliate of the National Rifle Association, an influential gun rights group closely aligned with Republicans.

The decision represents the court’s most important statement on gun rights in more than a decade. The court in 2008 recognized for the first time an individual’s right to keep guns at home for self-defense in a case from the District of Columbia, and in 2010 applied that right to the states.

The new ruling underscored how the 6-3 conservative majority on the court is sympathetic to an expansive reading of Second Amendment rights.

Under the New York law’s “proper cause” requirement, applicants seeking an unrestricted concealed carry permits must convince a state firearms licensing officer of an actual, rather than speculative, need for self-defense. Officials could also grant licenses restricted to certain activities, such as hunting or target practice.

The ruling could lead to many more people securing the licenses to carry concealed handguns in the state, undermine similar restrictions in other states and imperil other types of state and local firearms restrictions nationwide by requiring judges to scrutinize them with a more skeptical eye under the Constitution.

Firearms safety groups and gun control activists feared that a sweeping ruling against New York could undermine gun measures such as “red flag” laws targeting the firearms of people deemed dangerous by the courts, expanded criminal background checks for gun buyers or restrictions on selling untraceable “ghost” guns assembled from components purchased online. They also feared that such ruling could jeopardize bans on guns in sensitive places such as airports, courthouses, hospitals and schools.

The U.S. Senate is poised later on Thursday for a vote to advance a bipartisan gun control bill that supporters hope will help curb mass shootings in what could become the first new federal gun law in decades.

Reporting by Andrew Chung; Editing by Will Dunham