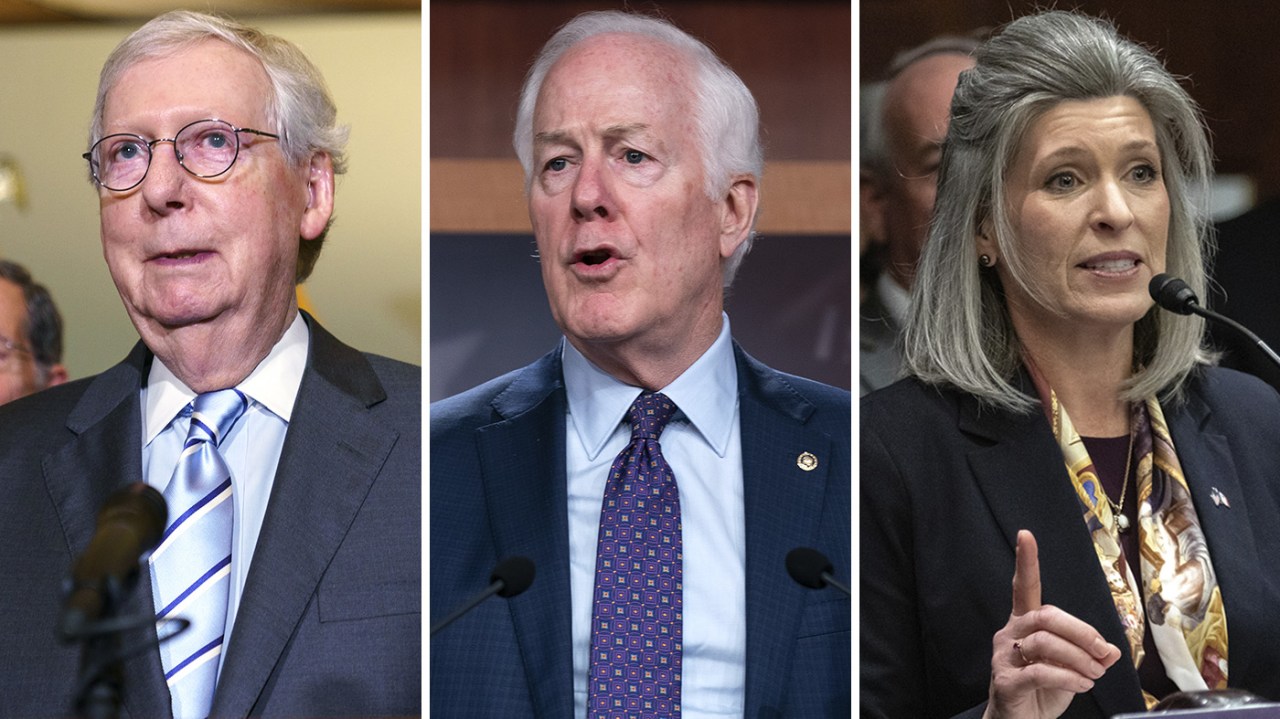 A number of Senate Republicans are making a rare break with the National Rifle Association (NRA) over a significant gun safety measure that has drawn the ire of the nation’s preeminent gun group.

As calls for gun reform have reached a fever pitch nationwide in recent weeks, a band of Senate Republicans have voiced support for the bipartisan bill despite staunch opposition from the NRA, which much of the GOP has been in lockstep with on gun issues in the past.

Shortly after the bill text was released on Tuesday evening, the gun group blasted out a scathing statement condemning the legislation as falling “short at every level,” claiming it would “open the door to unnecessary burdens on the exercise of Second Amendment freedom by law-abiding gun owners.”

The statement marks a strong red line from the NRA, one of the most powerful lobbying groups on Capitol Hill. The group’s rating system can be a campaign tool for Republicans, who are more likely to receive a higher grade based on their votes.

It also puts the NRA in a familiar place it has so often found itself as it, along with other gun groups, lines up against a bill Democrats and gun control advocates have lauded as the biggest gun safety measure in decades.

But as momentum builds for the bill, which 14 Senate Republicans voted to advance past a procedural hurdle late Tuesday, many of its GOP backers have been steadfast in their support for the measure, instead insisting the bill protects the Second Amendment and is necessary to help combat gun violence in the nation.

In remarks on Wednesday, Sen. Mitt Romney (R-Utah), who voted to advance the bill the night before, pushed back against recent criticism by the NRA, saying he doesn’t know if “they’ve really studied it well enough” or if the statement was “just a knee-jerk reaction to be against anything that has the word ‘gun’ in it.”

“This is gun safety and background checks, which are, I believe, totally appropriate,” Romney told The Hill.

“I think it protects the Second Amendment robustly, but it deals with the problem of unstable people using firearms, killing kids,” Sen. Lindsey Graham (R-S.C.), who helped negotiate the bill, said on Wednesday.

During a press conference on Wednesday, Senate Minority Leader Mitch McConnell (R-Ky.) also dismissed a question about the NRA’s opposition to the bill, which he has endorsed.

“What I’m mainly concerned about is dealing with the issues that have been brought to the fore by these mass shootings, which are directly related to school safety and mental health,” McConnell said.

Among the measures proposed in the bill unveiled on Tuesday are ones that would strengthen background check requirements for those under the age of 21 with juvenile criminal records and provide funding to encourage states to adopt red flag laws or other programs aimed at combating gun violence.

There is also language in the bill to crack down on straw purchasers and the illegal trafficking of firearms, as well as measures offering funding for community behavioral health clinics nationwide.

The remarks from the GOP senators, all of whom have at least an “A” rating from the NRA, comes as lawmakers on both sides of the aisle have been working for weeks to hash out a bipartisan gun bill in the upper chamber.

Many Republicans were initially resistant to Democratic-led calls for gun reform last month, following a racist shooting at a store in a predominantly Black neighborhood in Buffalo, N.Y., that killed 10 people.

But members say informal bipartisan gun talks began to pick up in the upper chamber after another mass shooting occurred 10 days later at an elementary school in Uvalde, Texas, which left 19 kids and two teachers dead, fueling public pressure for action.

At the same time, members on both sides of the aisle say their colleagues were prepared to make concessions to reach a compromise.

“This negotiation seems designed to accommodate the sensibilities, concerns and convictions of strong defenders of the Second Amendment like myself,” said Sen. Todd Young (R-Ind.), who is up for reelection and among the Republicans who voted to advance the bill on Tuesday.

Pressed by reporters for a response to the recent criticism the NRA leveled against the bill, Young also said: “I don’t have any concern about groups.”

However, those sentiments are not shared by all members of the GOP, particularly on the House side, where the chamber’s highest-ranking Republicans are formally asking their members to vote against the bill.


Diversionary war: Turkey’s actions against Greece are a growing threat to NATO

In a notice to all House GOP offices on Wednesday afternoon, Republican leadership panned the bill as a “wrong approach in attempting to curb violent crimes” and “insufficient.”

The notice also acknowledged groups like the Gun Owners of America, Heritage Action for America and the NRA’s Institute for Legislative Action are considering the bill a key vote — meaning it will influence how they rate lawmakers in the future.