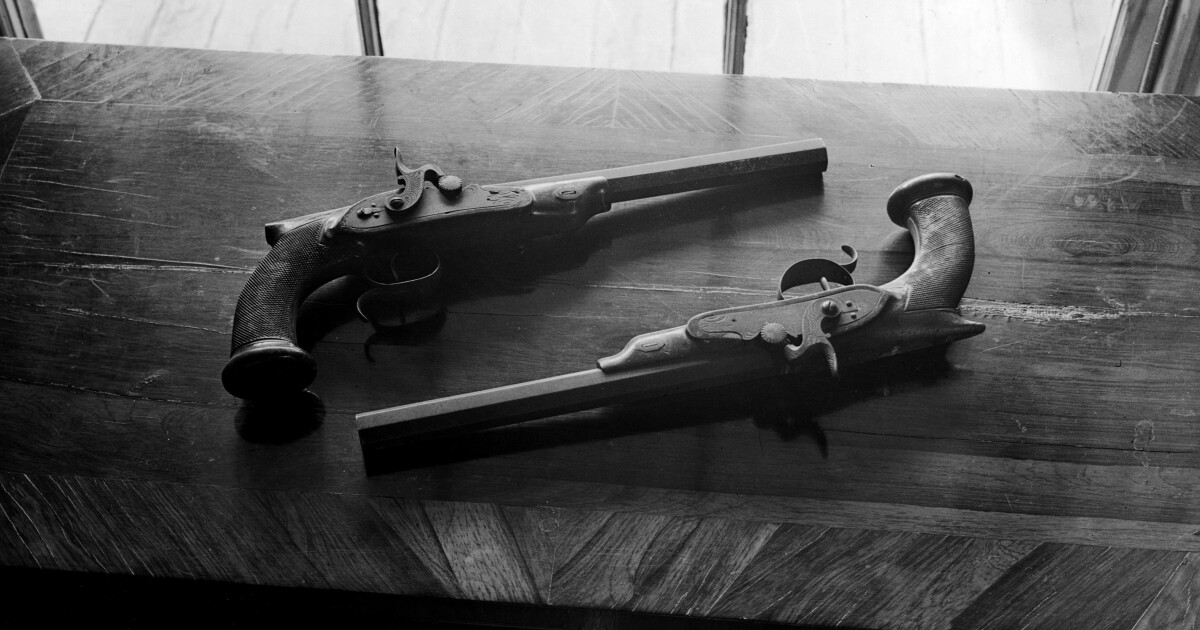 The pro-firearms faction of the gun control debate need not fear the modest bill that Congress is likely to pass following the most recent mass shooting of small children in America. After all, the Supreme Court may soon give more people the right to roam freely with their weapons, unencumbered by laws made by and for the unarmed majority.

The case before the court, New York State Rifle & Pistol Assn. Inc. vs. Bruen, concerns a century-old law requiring people to show “proper cause” to carry handguns outside their homes. In New York, this currently means demonstrating a special need for self-protection to obtain a concealed-carry permit. California, New Jersey, Massachusetts and many other states have similar laws.

At opening arguments in November, the six conservative judges seemed skeptical of New York’s long-established rules. And since the court under Chief Justice John G. Roberts decreed in 2008 that owning guns is an individual right, the justices may now declare that New Yorkers can take their pistols wherever they want.

This might be an expected consequence of the 2008 ruling, but it would also represent a further departure from both the meaning of the 2nd Amendment and the efforts of many people and governments in our nation’s history to protect the public from violent individuals.

The 2nd Amendment, ratified in 1791, reads: “A well regulated Militia being necessary to the security of a free State, the right of the people to keep and bear Arms, shall not be infringed.” Responsible readings of this sentence note that it locates gun rights within the framework of militia service, not as an individual entitlement. By contrast, the 5th Amendment, ratified the same year, says that “No person” shall be denied due process.

Militias aside, there is also the “keep and bear” part of the 2nd Amendment to consider. In the founders’ era, to “keep” meant to own and possess something inside one’s home, while “bear arms” referred specifically to shouldering a musket or rifle in an army or militia.

Nowhere does the amendment declare or suggest a right to “go armed,” the term used in that era for carrying a weapon such as a pistol or dagger, either openly or in secret. Going armed was not legal. It was a form of misdemeanor known as an affray, from the French effrayer, to make afraid. Indeed, many of the new states responded to a disturbing rise in violence in the early republic with more restrictions on those carrying firearms and other weapons.

In part, that uptick in violence can be attributed to dueling, an aristocratic custom that the haughty officers of the Continental Army learned from their British and French peers. While duelists at least had the decency to count 10 paces and take aim before firing, the so-called “blades” of the southwestern frontiers simply swaggered around with pistols and cane swords, demanding that everyone treat them like royalty on pain of a beating or shooting.

Contrary to romantic mythologies about the frontier, neither duelists nor blades were very popular. Then as now, most people just wanted to go about their lives without getting shot, stabbed or bullied. And they were willing to stand up for their right to do so.

After Aaron Burr killed Alexander Hamilton in 1804, for example, anti-dueling organizations proliferated across the U.S., demanding that state governments charge duelists as murderers, no matter how rich or powerful they were. Beginning in 1813, Kentucky and Louisiana enacted laws curbing or banning the carrying of concealed weapons. Indiana followed in 1820. Later statutes in other states outlawed particular weapons, such as bowie knives, and imposed fines or jail time on anyone who carried them.

Foreshadowing the law now in the Supreme Court’s crosshairs, New York’s governor noted in 1820 that those who brandished “secret arms and weapons” threatened the “essential right of every free citizen” to live under the protections of the law, without fear of death or maiming.

These efforts sparked no great controversy because few people thought that going armed was legal, much less constitutional. Most Americans believed that the people — especially the majority — had certain rights that every person had to respect. They were proud of their equality under the law.

The exception that proves the rule was Bliss vs. Commonwealth, an 1822 ruling in Kentucky that described an unrestricted and individual right to carry weapons. As the historian Saul Cornell has shown, the state’s assembly called this idea “perfectly ridiculous,” and most courts ignored it.

Despite these wholesome laws and democratic efforts, the hostile spirit of duelists and blades endured, especially as violence became a central part of white supremacy during the 19th and early 20th centuries. In recent decades, groups such as the National Rifle Association have used their political power to push for more extreme interpretations of individual gun rights, the public’s health and safety be damned.

At some point, the majority of Americans who support gun restrictions will need to start acting like one, using the ballot box and peaceful protest to ensure that their right to live in a harmonious society overrides the reckless desire of some to go around armed.

J.M. Opal, who is American, is a professor of history at McGill University in Montreal.

How the Senator from Sandy Hook beat the NRA by caving to the GOP
Post-Uvalde gun law is legacy moment for Texas’ John Cornyn, but backlash is fierce
How the Senate broke through 30 years of gridlock to reform gun laws
The Dominoes Begin to Fall: NJ Amends Permit Rules After Bruen
US Senate advances gun safety bill as Supreme Court knocks down handgun limits