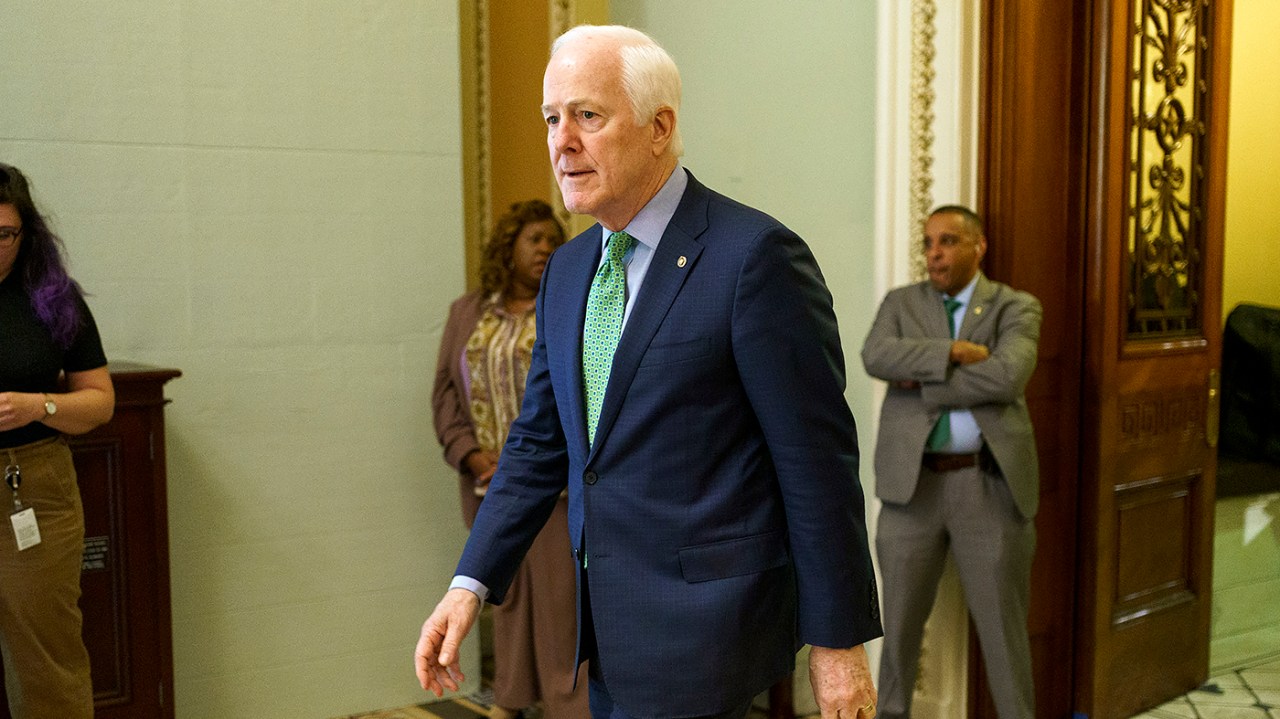 Fifteen Republican senators voted Thursday to end a filibuster on legislation to enhance background checks and provide billions of dollars in new mental health services, giving the bill a good chance of passing Congress and getting signed into law.

Congress passed legislation in 2018 to encourage states to share more records with the FBI’s National Instant Criminal Background Check System, but the current bill is much more significant than that piece of legislation, according to senators and aides involved in the gun safety negotiations.

Senate Democrats thought there was slim chance of picking up even 10 Republican votes for a bill to meaningfully address gun violence in the wake of mass shootings in Buffalo, N.Y., and Uvalde, Texas.

But the talks received a major boost when Senate Minority Leader Mitch McConnell (R-Ky.) tapped Sen. John Cornyn (R-Texas), a senior member of the Senate Judiciary Committee, to lead the negotiations with Democrats.

Negotiators released the text of the 80-page bill Tuesday. Here are the 15 Republicans who voted Thursday to advance it to a final vote:

Cornyn is a former Texas Supreme Court justice and a longtime member of the Senate Judiciary panel with an “A-plus” rating from the National Rifle Association (NRA).

Cornyn attempted to negotiate a compromise with Sen. Chris Murphy (D-Conn.) in 2021 on legislation to expand background checks, but the talks fizzled.

The senior Texas senator made clear early in this spring’s talks that he would not support universal background checks or bans on assault-style rifles or high-capacity magazines.

Cornyn emphasized throughout the negotiations that law-abiding gun owners would not face new regulatory hurdles but instead wanted to keep guns out of the hands of criminals and people who pose a threat to themselves or their communities.

McConnell also has an “A-plus” rating from the NRA, but he told reporters Tuesday that he’s more concerned about preventing future mass school shootings than keeping his perfect rating from the gun rights group.

“What I’m mainly concerned about is dealing with the issues that have been brought to the fore by these mass shootings, which are directly related to school safety and mental health. And I think Sen. Cornyn and his team have put together a bill that addresses the problem,” he said.

McConnell tapped Cornyn to lead the talks because he wanted to get a result, say Republicans who know McConnell well.

The GOP leader says he’s willing to work with Democrats on what he sees as commonsense legislation to move the country forward, and he sees the gun safety bill of doing just that.

Tillis won a tough reelection race in 2020 and is viewed as a pragmatic lawmaker.

Murphy, the lead Democratic negotiator, said he developed a good rapport with Tillis on a recent congressional delegation trip and hoped to work with him on an issue, not expecting that they would soon be negotiating a major gun safety bill.

Tillis raised some concern over red flag legislation at the earliest stages of the negotiation but later found a way to hammer out a deal with Democrats.

Toomey participated in one of the first bipartisan meetings after the Uvalde shooting and has worked on gun safety issues for years.

Toomey negotiated a proposal with Sen. Joe Manchin (D-W.Va.) in 2013 to require background checks for all gun show and online sales but created an exception for transactions between friends and family.

She introduced the Stop Illegal Trafficking in Firearms Act in April of last year and co-sponsored legislation with Sens. Richard Blumenthal (D-Conn.) and Lindsey Graham (R-S.C.) in 2018 to authorize and establish procedures for requesting a risk protection order from a court to take guns away from individuals who pose imminent a risk to themselves or others.

Graham has worked with Blumenthal for several years on red flag legislation and said early in the talks that he wanted to encourage states to administer red flag laws to keep guns out of the hands of dangerous individuals.

Graham has been criticized by conservative Rep. Marjorie Taylor Greene (R-Ga.) for being open to passing gun safety legislation, claiming he would “hurt the very people that voted for him and put him in office.”

He and Sen. Debbie Stabenow (D-Mich.) announced their bill in June of last year to expand access to the Certified Community Behavioral Health Clinic program.

The Blunt-Stabenow bill became a core component of the gun safety legislation.

Blunt, the chairman of the Senate Republican Policy Committee, is a member of McConnell’s leadership team, and he will retire from Congress at the end of the year.

Portman is also a member of McConnell’s leadership team, serving as an adviser.

He played a leading role in negotiating last year’s $1 trillion bipartisan infrastructure package and often works with Democrats on legislation.

He will retire from Congress at the end of the year.

Burr is one of McConnell’s loyal allies in the Senate and will retire from Congress at the end of the year.

He was one of 10 Republicans who signed his name to a bipartisan framework of gun safety principles, along with 10 Democrats, on June 12.

Romney is considered one of the three most likely Republican swing votes in the Senate, along with Collins and Sen. Lisa Murkowski (R-Alaska).

Romney kept his participation in the gun safety talks at a low profile, but he signed the bipartisan framework released earlier this month.

Romney has not been afraid to split with most Republicans on big votes. He voted twice to convict former President Trump on impeachment charges in 2020 and 2021.

Murkowski kept quiet in public throughout the gun safety negotiations, deflecting reporters’ questions about the proposals under consideration by saying she was more focused on other issues.

Murkowski did not support the Manchin-Toomey amendment to expand background checks in 2013.

Young is the other Republican senator up for reelection this year who voted in support of the bill.

He is a former chairman of the National Republican Senatorial Committee who served on McConnell’s elected leadership team in the last Congress.

Young knows as well as any Republican senator how important it is to be able to appeal to suburban women voters in the midterm elections.

That bloc is seen as critical to Republican efforts to win back the Senate majority, and strategists believe that school violence is a motivating issue for suburban moms.

Ernst is a member of McConnell’s leadership team as the vice chairwoman of the Senate Republican Conference.

Ernst signaled during the negotiations that she would be open to considering raising the minimum age limit for buying an assault-style rifle to 21.

She did not sign the bipartisan framework of principles but was considered a likely “yes” vote after she expressed a willingness to consider a variety of options to prevent future mass shootings.

Capito is an advisor to McConnell’s leadership team and viewed as a pragmatic dealmaker willing to work across the aisle.

She negotiated for weeks with the Biden administration in 2021 in hopes of getting a bipartisan infrastructure deal. While she herself was not able to hammer out a final deal with senior administration officials, her efforts helped lay the groundwork for the bipartisan deal that emerged later in the year.

Manchin, Capito’s home-state colleague, has long been involved in bipartisan negotiations to reduce gun violence. Manchin participated in the bipartisan talks on the gun safety bill from the very start, and Capito’s “yes” vote establishes some more common ground with him.

Cassidy, a medical doctor, worked on the mental health component of the bill. He participated in the very first bipartisan meeting in Murphy’s Capitol basement hideaway over the phone.

Cassidy has shown he’s not afraid to break with his party’s base on big votes, such as his vote to convict Trump on a charge of inciting insurrection.

The Louisiana lawmaker is a no-nonsense policy expert who’s willing to work with Democrats on legislation he thinks makes good sense for the country.